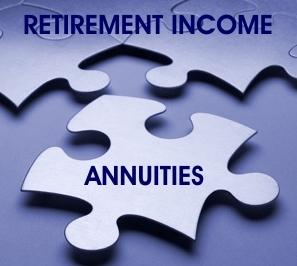 The past decade has witnessed a tremendous increase in interest in retirement income security fueled by worldwide changes such as the growth in aging populations, tightening government budgets, the continuing shift from defined benefit (DB) to defined contribution (DC) retirement plans, higher worker mobility across borders, and inadequate financial preparation for retirement by many workers. These alarming global trends have triggered a reform movement in public pension systems. A common theme of these reforms is an increased emphasis on individual choice and self-reliance in retirement planning.

Inadequate retirement saving has been a critical issue in the United States for many years. The latest data from the Bureau of Economic Analysis suggest this problem is here to stay. Over the past decade, the U.S. personal saving rate decreased from 4.6 percent in 1995 to 1.8 percent in 2004. In 2005 alone the personal saving rate fell from a negative 0.2 percent in the second quarter to negative 1.5 per- cent in the third quarter. Two important factors contributing to this trend are the continuing misperception about retirement needs and lack of planning by future retirees. The general rule of thumb among financial planners is that individuals should aim to replace 70 to 80 percent of their pre-retirement income, though some prominent economists such as Professor Olivia Mitchell of the University of Pennsylvania and executive director of the Pension Research Council suggest that a 100 percent replacement rate is more appropriate. Despite this advice, the 2005 Retirement Confidence Survey conducted by the Employee Benefit Research Institute (EBRI) and Mathew Greenwald & Associates, Inc. shows how financially unprepared workers are. Table 1 shows reported total savings and investments by age. Among all workers surveyed, 52 percent reported savings less workers age 55 and above. Slightly less than half this group claimed accumulated savings greater than $50,000.

Until recently much of the attention has been devoted to the accumulation of assets prior to retirement, since the majority of the aging population is still in the work- force. However, with the impending retirement of a large share of the working population in many countries, the focus is beginning to shift to how people will manage their income and spending once they retire. How individuals manage the decumulation of assets will have important implications for the living standards of retirees, as well as for consumption, economic growth and U.S. federal budget outlays. With the shift in emphasis towards self-reliance in retirement planning and saving, there is a greater risk of retirees outliving their assets. In U.S. markets, greater attention is now being directed toward annuities as a way of making sure that retirees do not outlive their saving and maintain an adequate standard of living.

Annuities are financial products specifically designed to guard against longevity risk by exchanging accumulated assets for a lifetime stream of guaranteed income (or a stream of income lasting for an agreed-upon period of time). Even though annuities have been around since Roman times, they have never been a significant part of retirement planning for the vast majority of U.S. workers. Recent developments may lead to a reversal of this trend. Many public policy experts believe that annuities will play a key role in the future of retirement policies, especially in the payout phase. Dr. Estelle James, a consultant to the World Bank, and her co-authors Guillermo Martinez and Augusto Iglesias of PrimAmerica in Chile underscore this crucial role by saying that “…with appropriate incentives, a high pro- portion of pensioners will purchase annuities that pro- vide longevity insurance and reduce fiscal liabilities.” This report investigates the current trends in the annuities market and their importance for the aging population.