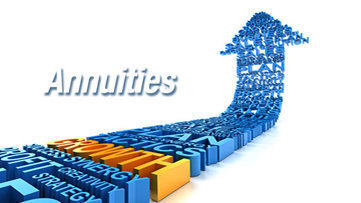 As the baby boom generation nears retirement age, the question of the adequacy of retirement income is growing more important. In addition to demographic trends, concerns over the future of Social Security and the downward trend in traditional defined benefit pensions have brought more attention to the importance of private saving for funding retirement income. The adequacy of retirement income depends not only on how much wealth a household accumulates, but also on decisions on how to allocate and spend this wealth after retirement. Uncertainty about the length of life is crucial in decision making about allocating and spending down wealth. Annuities provide an important form of insurance in dealing with this uncertainty and help guarantee that retirees will not outlive their resources. Unfortunately, economic research has indicated that individuals appear to underutilize private annuities.

Much of the recent public policy attention regarding the adequacy of retirement savings has focused on programs, often tax-based incentives, to encourage savings. These policies have typically not dictated that retirees use this savings to purchase annuities. New proposals, however, have introduced targeted incentives to increase annuitization (see, for example, the Lifetime Pension Annuity for You Act of 2005 that is described in more detail below). Our goal is to provide an economic analysis of the prognosis for success from these initiatives.

Our analysis suggests that the initiatives proposed to date are indeed likely to substantially increase private annuitization, with our baseline estimates indicating an increase in annuitization on the order of $50,000 on average for retired couples. Our results also indicate that this increase will occur at relatively modest cost to the government in terms of forgone tax revenues, with estimates of the steady-state revenue costs of less than 10-15 cents per dollar of additional annuitization over the entire life of each retired cohort. However, while existing proposals are likely to substantially increase annuitization for retirees with income tax liability and sufficient assets to annuitize , lower income retirees with no income tax liability may benefit from another type of proposal such as a refundable tax credit. Such a tax credit would encourage annuitization among those households more at risk of outliving their retirement resources. It is important to emphasize that, though our estimates rely on well developed analytical techniques, they are nevertheless subject to considerable uncertainty, and should therefore be interpreted cautiously.

The paper proceeds as follows. The second section provides background on private annuity markets and summarizes economic research on annuitization decisions and the “annuity puzzle” regarding the underutilization of annuities. The third section describes recent proposals and discusses issues of policy design for increasing annuitizaton. In the fourth section, we present a framework for assessing the magnitude of the effects on the incentive to annuitize. The fifth section incorporates this pricing information into a model of annuity decisions to assess the possible magnitudes of the effects of these incentives on household decisions. A sixth section broadly considers other possible approaches to increasing annuitization. The final section offers some brief concluding remarks.

READ “Lifetime Annuities for US: Evaluating the Efficacy of Policy Interventions in Life Annuity Markets”