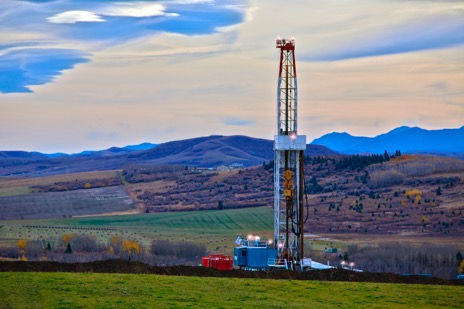 A Critique of BLM’s 2012 Proposed Rule on Hydraulic Fracturing

It has been since the end of the Second World War that the United States was self-sufficient in terms of its energy needs.  It was also during the war that the rest of the world began to understand the strategic value of hydrocarbons.  As consumption dramatically increased over the second half of the century, the search for new supplies around the world intensified.  The discovery of large amounts of oil in the Middle East began the pendulum swing away from the world’s reliance on the U.S. for its oil production.  The shift culminated with the energy crisis of the 1970s and fostered the theory that the U.S. had exhausted its oil resources and any subsequent production was on a declining trajectory.  This was referred to as “peak oil,” and was the prevailing theory until the technological breakthroughs that allowed the development and production of hydrocarbons from unconventional sources.

Unfortunately, just as the true measure of the current U.S. energy boom is being realized, Federal regulation may well impede its full potential.  For many, the belief in peak oil set the stage for the development of renewable energy sources.  At the beginning of the current Administration, the significance of the technological advancements in the oil and gas industry had not been realized.  Instead it pushed forward an agenda to move away from relying on oil; regulate coal into obscurity; and push for the temporary use of natural gas as a stepping stone to the complete transformation to renewable sources of energy.

However, political agendas do not necessarily impact the entrepreneurial spirit of the U.S.  What was slowly becoming known to the world was that in 2005, after years of trial and error, two proven technologies were efficaciously combined resulting in the current U.S. energy boom.  What the world now knows as hydraulic fracturing, has the potential to affect the geopolitical landscape of the world.   The U.S. now has an opportunity to regain its stature as a major energy producer, lead the world in technological advances in energy development, and enable North American energy independence.  The benefit of the energy boom has far reaching implications that when coupled with other pro-growth strategies has the potential to spur an economic recovery to the struggling U.S. economy.

To date, the vast majority of the energy boom has been concentrated on state and privately owned land, which some argue has accounted for its success.  On these lands, mineral rights owners are able to use their state’s regulatory frame-work.  These frame-works are based on years of expertise, and knowledge of the unique geological characteristics of the individual states.  However, to fully realize the potential of a nationwide energy boom, development on federal and Indian lands must be allowed to go forward.  On federal and Indian lands, the increased development will create millions of jobs, help bring down our debt, rejuvenate the economy, and provide economic stability for Tribal communities.  Unfortunately, with an Administration whose agenda is the decreased development and production of natural resources on federal and Indian lands, the future of the current energy boom is uncertain.

Nowhere is this devastating policy more clear than with the Bureau of Land Management’s (“BLM”) proposed rule on hydraulic fracturing.  The rule has been proposed to “mitigate the risks” associated with hydraulic fracturing and ground water contamination.  The rule allegedly stems not from a political agenda, but rather from public comment, recommendations from the Secretary of Energy Advisory Board (“SEAB”), and an internal review of existing federal and state regulations.  BLM claims that to ensure that all the stakeholders were involved the rule was drafted with Tribal consultation; input from the state regulators; and consistency with the American Petroleum Institute’s (“API”) guidelines for well construction and integrity.  Specifically, the rule purports to address three main areas involving hydraulic fracturing: 1) managing “flowback” and other water related issues; 2) the public disclose of chemicals used in the hydraulic fracturing process; and 3) the integrity of well construction.

However, instead of focusing their attention on opening up more federal and Indian lands and improving the efficiency of the permitting process, BLM’s proposed rule will be:

1. An Impediment to Energy Independence.

2. Not Based in Science or Fact.

3. Inconsistent with SEAB’s Recommendations and Premature Given EPA’s 2014 study.

5. Dismissive of the States’ Superior Position to Regulate.

6. An Expansion of Authority and Usurpation of States’ Water Rights.

7. Based on Flawed Economic Analysis.

Regulations dealing with environmental concerns are vitally important to protect our land, water, and air.  However, when proposed regulations are duplicative; cost more than the stated benefit; are not based on the best available science; and do not address a substantiated problem, they end up doing nothing more than stifle that which they are purporting to protect.  Whenever a major regulation is proposed there are safeguards to ensure that the rule is needed and the rationale is warranted.  Therefore, when the need for a regulation is in doubt, there are important questions that must be answered before moving forward.  This is especially true when the rationale for moving forward appears to be based more on a political agenda than scientific evidence.  Frankly, given the anemic recovery of the U.S. economy, it is too important not get this right the first time.