Home ACCF Scholars One Way to Fix the Corporate Tax: Repeal It 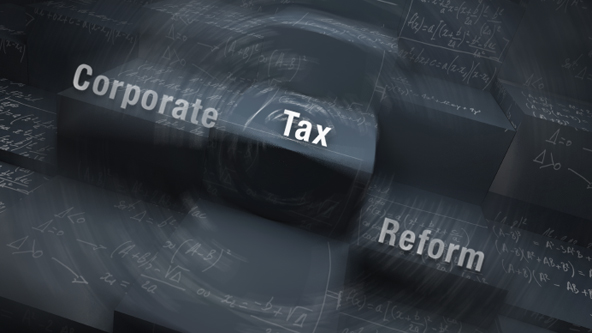 “Some people are calling these companies ‘corporate deserters.’ ”

That is what President Obama said last month about the recent wave of tax inversions sweeping across corporate America, and he did not disagree with the description. But are our nation’s business leaders really so unpatriotic?

A tax inversion occurs when an American company merges with a foreign one and, in the process, reincorporates abroad. Such mergers have many motives, but often one of them is to take advantage of the more favorable tax treatment offered by some other nations.

Such tax inversions mean less money for the United States Treasury. As a result, the rest of us end up either paying higher taxes to support the government or enjoying fewer government services. So the president has good reason to be concerned.

Yet demonizing the companies and their executives is the wrong response. A corporate chief who arranges a merger that increases the company’s after-tax profit is doing his or her job. To forgo that opportunity would be failing to act as a responsible fiduciary for shareholders.

The great 20th-century jurist Learned Hand — who, by the way, has one of the best names in legal history — expressed the principle this way: “Anyone may arrange his affairs so that his taxes shall be as low as possible; he is not bound to choose that pattern which best pays the treasury. There is not even a patriotic duty to increase one’s taxes.”

If tax inversions are a problem, as arguably they are, the blame lies not with business leaders who are doing their best to do their jobs, but rather with the lawmakers who have failed to do the same. The writers of the tax code have given us a system that is deeply flawed in many ways, especially as it applies to businesses.

The most obvious problem is that the corporate tax rate in the United States isabout twice the average rate in Europe. National tax systems differ along many dimensions, making international comparisons difficult and controversial. Yet simply cutting the rate to be more in line with norms abroad would do a lot to stop inversions.

A more subtle problem is that the United States has a form of corporate tax that differs from that of most nations and doesn’t make much sense in the modern global economy.

A main feature of the modern multinational corporation is that it is, truly, multinational. It has employees, customers and shareholders around the world. Its place of legal domicile is almost irrelevant. A good tax system would focus more on the economic fundamentals and less on the legal determination of a company’s headquarters.

Most nations recognize this principle by adopting a territorial corporate tax. They tax economic activity that occurs within their borders and exclude from taxation income earned abroad. (That foreign-source income, however, is usually taxed by the nation where it is earned.) Six of the Group of 7 nations have territorial tax systems.

Continue reading the main story
The exception is the United States, which has a worldwide corporate tax. For companies incorporated in the United States, the tax is based on all income, regardless of where it is earned. Again, moving our tax code toward international norms would help slow corporate inversions.

Perhaps the boldest and best response to corporate inversions is to completely rethink the basis of corporate taxation. The first step is to acknowledge that corporations are more like tax collectors than taxpayers. The burden of the corporate tax is ultimately borne by people — some combination of the companies’ employees, customers and shareholders. After recognizing that corporations are mere conduits, we can focus more directly on the people.

A long tradition in political philosophy and economics, dating back about four centuries to Thomas Hobbes, suggests that the amount that a person consumes is the right basis for taxation. A broad-based consumption tax asks a person to contribute to support the government according to how much of the economy’s output of goods and services he or she enjoys. It doesn’t matter whether the resources for that consumption come from wages, interest, rent, dividends, capital gains or inheritance.

So here’s a proposal: Let’s repeal the corporate income tax entirely, and scale back the personal income tax as well. We can replace them with a broad-based tax on consumption. The consumption tax could take the form of a value-added tax, which in other countries has proved to be a remarkably efficient way to raise government revenue.

Some may worry that a flat consumption tax is too easy on the rich or too hard on the poor. But there are ways to address these concerns. One possibility is to maintain a personal income tax for those with especially high incomes. Another is to use some revenue from the consumption tax to fund universal fixed rebates — sometimes called demogrants. Of course, the larger the rebate, the higher the tax rate would need to be.

Major tax reform may be too much to hope for, given the current dysfunction in Washington. Nonetheless, it’s worth keeping the possibilities in mind. Corporate tax inversions aren’t the largest problem facing the nation, but they are a reminder that a better tax system is within reach, and that only politics stands in the way.