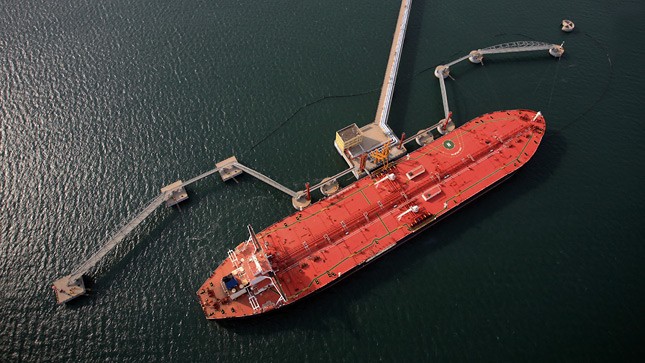 The next few months will mark a significant time in the history of America’s complex bond with natural gas. This month, Cheniere Energy announced they will commence the loading and transport of the first shipment of liquefied natural gas (LNG) exports to Europe from their Sabine Pass terminal in Louisiana. Costing between $9.9 billion and $11.2 billion over more than a decade, Sabine Pass is the first of its kind to be built in the U.S. in nearly 50 years. This shipment — set to depart U.S. shores in March — signals a change in the realities of U.S. energy. From a country that was once importing the majority of our supply and constructing billion dollar natural gas import terminals, we are now embracing a new paradigm as a net natural gas exporter.

Over the past three years, I have written extensively on the overall benefits of LNG exports, including the economic benefits of expediting the current federal permitting process and public interest determination by the Department of Energy. And as we transition into 2016, it is imperative we continue to encourage lawmakers to act on this historic opportunity, before it is too late.

The United States is truly in the middle of an energy renaissance. Overall, the United States has the fourth-largest technically recoverable shale gas reserves in the world and is the world’s largest natural gas producer. As a result, U.S. prices have dropped to historic lows and supplies have stockpiled. But the slow pace of federal permit approvals by the Federal Energy Regulatory Commission (FERC) and the Department of Energy (DOE) could be a serious threat to our thriving natural gas industry and the significant economic benefits that could come to fruition as a result of exporting LNG.

A new study out by Rice University — commissioned by the DOE — indicates the macroeconomic benefits of even large quantities of U.S. LNG exports are a net positive for the U.S. economy. In fact, the report concludes that the impact of increasing exports from 12 billion cubic feet per day (Bcf/d) to 20 Bcf/d between 2026 and 2040 could add $7 billion to $20 billion annually to U.S. gross domestic product (GDP). The new study validates the importance of unleashing the power of U.S. markets to determine the most feasible projects to ensure economic benefits are achieved. But this economic windfall is likely contingent on our ability to have a streamlined and efficient federal decision-making on LNG export terminals.

Not only are exports vital to encouraging continued production of shale resources here at home, the U.S. also faces steep competition in the global LNG market and we could miss out on a window of opportunity to fill international demand with U.S. resources. Though forecasts point to global demand for natural gas increasing over the next decade, especially with 195 countries committed to reducing greenhouse gas emissions in the second half of this century, current LNG markets are limited. Major natural gas trading partners like Japan have cut their LNG imports by over 10 percent last year. And with 48 competing LNG export projects planned or under construction across the globe, now is the time to act.

For example, Australia will have two new terminal projects online in the first half of this year; Mozambique could become the world’s third-biggest LNG exporter after Qatar and Australia, especially if it hits its gas production peak.

Though momentum in Washington to address this problem of languishing permits has stalled since House passage early last year, the Senate has a new opportunity in 2016 to revive this legislative goal: a broad energy bill that includes language to streamline LNG export application approval. Unfortunately, this bill was held up in the Senate yesterday although both sides have pledged to keep working toward final passage. The leader on this legislation, Sen. Lisa Murkowski (R-Alaska), has been a long-time champion of LNG exports, educating other members on how we urgently need to clear out the regulatory underbrush that is hindering American LNG exports.

Over 30 export applications to countries without a U.S. free trade agreement are still awaiting federal action. This means there are thousands of jobs and billions of dollars in investments waiting on the sidelines for federal approval. The Obama administration should grant permits for all remaining LNG export applications if we wish to not only hold our position as a leading producer and reap the economic benefits, but also maximize the opportunity this energy renaissance has afforded our nation.