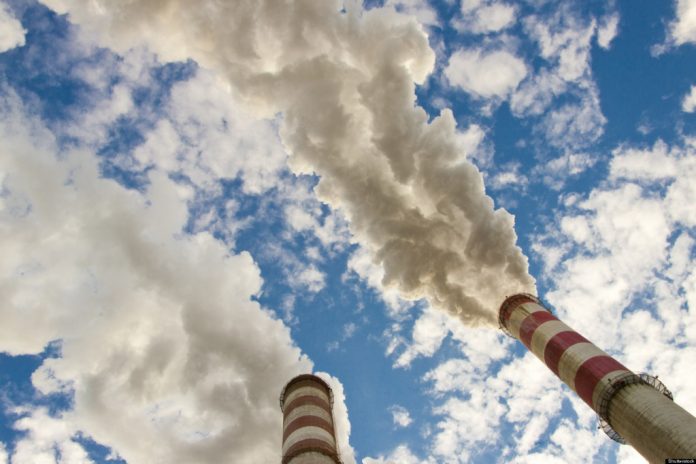 Most observers would assume that the biggest impediment to creating a comfort zone for the GOP on energy and climate policy would be the climate skeptic or denier, as many far left environmentalists would say. Surprisingly, this isn’t the case. In reality – and quite ironically, the most significant hurdle to creating a constructive approach to greenhouse gas (GHG) emissions and climate by far is the carbon tax and those who rabidly support it.

While the carbon tax may have the backing of a number of economists who make wonderful, overly simplistic arguments, the policy is political suicide to any Republican who would support it, has no real hope of success, and would only impose a cost on the economy with little to no environmental benefit.

Given this political reality, one must assume that DC-based carbon tax proponents, who are chiefly funded by foundations with no real understanding of the politics of climate, largely perpetuate this nonsense only because it is in their economic interest to do so or they are out of touch with the GOP.
Importantly, carbon tax advocacy, hoping to build its foundation of support, relies on several myths to attract conservatives outside of the energy and climate policy space:

Myth #1: There’s a deal to be made in exchange for EPA GHG regulatory preemption. This is total fantasy – at least in the foreseeable future, ranking up there with Bigfoot and the Loch Ness monster. Why would far left environmentalists compromise when they are getting everything they want with EPA regulation? Despite the recent stay of the Clean Power Plan by the Supreme Court, EPA’s regulatory authority over greenhouse gases has been reaffirmed multiple times by the same body. Particularly as long as they are winning in the courts, advocates of extreme approaches to carbon regulation will never give up a sure way of phasing out the nation’s coal fleet in exchange for a carbon tax that would allow coal plants to survive longer than they would otherwise.

Myth #2: A carbon tax with EPA preemption would save coal. Putting aside current market dynamics that favor fuel switching to lower-cost natural gas, the preservation of coal depends not only on abolishing the Agency’s power to regulate greenhouse gases but also on reining in EPA’s multi-pronged attack on coal from overregulating multiple emissions under the Clean Air Act to attacks on mining under the Clean Water Act. Environmental activists would never agree to the scope of this compromise, which they would view as undermining environmental protection. As one colleague told me, “Amending the Ten Commandments would be easier than amending the Clean Air Act.” This is a political reality that carbon tax proponents conveniently avoid.

Myth #3: A revenue neutral carbon tax would incentivize innovation and reduce GHG emissions at a lower cost than EPA regulation. While this theory makes sense from a lofty academic perspective, it falters when considering the political realities of how government actually works. Because Washington would manage a carbon tax program, it would have a strong incentive to preserve the related revenue stream and find a price point that maximizes tax dollars without destroying demand for fossil fuels. In practice, such an approach would simply punish working families by imposing a tax without driving real changes in energy consumption. Simply put, a carbon tax at the gasoline pump would never be high enough to influence consumer choices.

This last point is a nice segue to the most pertinent point – supporting a steep carbon tax would be political suicide for any Republican or Democrat, for that matter. That’s the brilliance of EPA regulation from a climate activist perspective. Costs of carbon mitigation are largely hidden to the consumer – and more importantly, to the voter, thus complicating the ability of critics to expose the true costs of EPA regulation. So even in a Bizarro World where an exorbitant carbon tax was on the table, most Democratic politicians, wishing to protect their own jobs, would opt for an opaque EPA regulation, even if it were less effective at reducing carbon emissions.

Congress needs to embrace a politically viable energy and environment policy that harnesses U.S. research and development dollars in a way that produces the technological breakthroughs and innovation needed to continue advancing the achievements that have already been made in managing global GHG emissions – a goal at which EPA regulation and the carbon tax fail miserably.

Unfortunately, reaching that point is incredibly difficult for conservatives and the GOP because of the distraction created by carbon tax politics.

A constructive approach to climate must emerge that ditches the carbon tax as bad politics and bad policy. Certainly, it’s time for its funders and enablers to recognize the political facts on the ground and pull the plug on an effort that has only made the climate agenda more toxic for Republicans and pulled Democrats further to the left. Sensible energy and environmental policies, including those addressing GHG emissions, are achievable. However, they will not materialize so as long as carbon tax proponents roam recklessly across the DC landscape.