The Great Game between China and Japan, the Role of Infrastructure Development, and the American Wild Card

Despite the Obama administration’s “Asia pivot,” most of the American policymaking establishment gives little consideration to the countries of Southeast Asia or to the region as a whole, continuing what some U.S. critics have called a foreign policy of “benign neglect.” Though four Southeast Asian countries are included in the Trans-Pacific Partnership (TPP) negotiations, the vast majority of U.S. engagement in the region is largely defined by U.S.-China bilateral relations and defense and military planning – a focus that has only grown more narrow with tensions in the South China Sea.

Viewing Southeast Asia mostly through a security policy lens is nothing new for the United States. In the latter half of the nineteenth century, Washington regarded the region’s geographical position as a stepping stone to the rich markets of East Asia, which provided motivation to seize the Philippines from Spain in 1898. However, with the rise of U.S. military power, American strategists quickly shifted their attention to the role Southeast Asia could play as a geopolitical bulwark and defensive line, first against Japanese expansion and later against Soviet Communism. Certainly, in the few decades leading up to the Pacific War, the region was “the Middle East” of the day – rich in strategic resources (e.g., oil and rubber) and a key prize for colonial powers. The quest to control this mineral wealth was the primary impetus for Imperial Japan’s planned conquest of Southeast Asia and its preemptive strike against U.S. naval forces at Pearl Harbor.

While the United States largely ignores the economic needs of Southeast Asia, including infrastructure development, China and Japan are jockeying for influence in the region, with each contending for multibillion dollar civil works contracts. While the vast majority of these investments clearly promote development in the region, strategic infrastructure projects also help integrate those economies with China and Japan. For Beijing, the objective is clear – resurrect a modern version of the centuries-old tributary system that would improve China’s national security and help fuel its economy. While Japan has largely viewed the region as providing low-cost labor and land for its industry over the past several decades, Tokyo increasingly appreciates the region’s potential tactical value in helping check the rise of China, particularly given tensions in the South China Sea and elsewhere. But for both powers, transportation and energy infrastructure development in Southeast Asia, carried out by their respective firms, generates both economic and political influence – a fact that will almost certainly cause even greater head-to-head competition in the years ahead.

Undeniably, the region wants and needs U.S. financial assistance and innovation to help spur growth and job creation and to alleviate substantial pockets of poverty that still exist across Southeast Asia. Roughly 120 million Southeast Asians, for example, remain without access to electricity.

U.S. leadership is invaluable, in part because it is indispensable to maintaining a balance of power in the region that will enhance the political stability needed to meet economic growth and integration goals.

This report suggests the launch of a more comprehensive U.S. engagement as it pertains to regional integration efforts and briefly examines what that outcome could mean for U.S. national interests. In particular, much attention is paid to China and Japan, given their dominant roles and aspirations in the region, including objectives related to transportation and energy infrastructure. The level of interest displayed by both countries stands in stark contrast to what many would consider to be historical U.S. indifference; shining a light on Chinese and Japanese activity will hopefully call into question why the United States is not more engaged. Of course, the goals of Beijing and Tokyo go far beyond construction projects. Moreover, the politics and economics between foreign nations in Southeast Asia are much more complex with the European Union, South Korea, and Australia all playing important commercial and investment roles.

While there are many important elements in integration efforts (e.g., harmonization of standards and regulatory systems), focus is given to infrastructure, particularly energy systems because of the more immediate link between access to affordable and reliable energy and the means to eradicate poverty, improve health systems, and attract investment. The role of Southeast Asia in the global economy and ongoing efforts to create a single market are important topics that deserve their own paper. 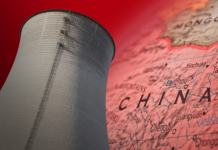 The Rise Of China’s Civil Nuclear Program and Its Impact on U.S. National Interests 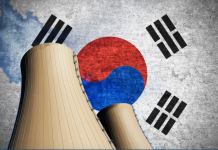 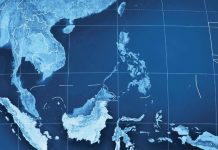