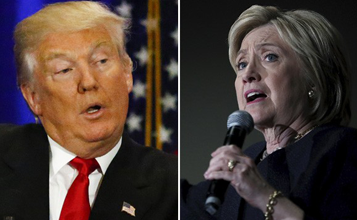 This year’s election cycle has been unpredictable, to say the least. Time and time again, the Washington punditry has been trumped (no pun intended) by the latest pivot away from campaign orthodoxy. While political calculations have proven as dicey as a Vegas roulette table, it’s a safe bet the economy will be front and center on voters’ mind come November.

Last week, the U.S. Department of Commerce reported that second-quarter growth came in well below expectations. At an anemic 1.2 percent, the economy grew at less than half of what experts forecasted. Federal officials also downgraded initial first-quarter growth to 0.8 percent. The numbers indicate that economic growth over 2016 is likely to tumble below 2 percent, a decline from 2.6 percent last year — which was even below the sluggish pace of previous years.

A study earlier this year by the American Council for Capital Formation (ACCF) (where I am senior economist), “Capital Formation 101,” provides further color to the troublesome economic outlook painted by the spate of federal performance reports. In addition to poor economic growth, U.S. investment is consistently weak and labor productivity trends are pointing down. Gross fixed capital formation, a key indicator of businesses’ and individuals’ planning toward future growth, lags behind that of the United States’ top 10 trading partners, except the United Kingdom.

Capital formation is expenditure to preserve and increase the stock of our nation’s wealth. That means investment in equipment, inventories, plants and other resources necessary for businesses growth. For individuals, it is savings and long-term planning. Federal tax, spending and regulatory policies affect how business and individuals alike allocate investment, and therefore the prospects for growth.

During a recent roundtable discussion hosted by the ACCF, Harvard University Professor Dale Jorgenson explained: “Capital formation is the key driver of productivity growth. Productivity growth contributes to a very substantial part of our growth in the standard of living.” Simply put, investment in the factors that provide the groundwork for companies to take on new projects and innovate are vital to achieving long-term improvement in the standard of living for everyday individuals.

Sadly, over the past decade, misguided policy has failed to properly incentivize capital formation. Tax and regulatory systems have become burdensome, discouraging businesses from investing. The United States claims the highest statutory federal corporate tax rate among developed countries: 35 percent. We also have the fifth-highest effective marginal tax rate among Organization for Economic Cooperation and Development (OECD) countries. And while America’s competitors have tackled tax reform in varying degrees to keep up with shifting economic realities, the U.S. tax code has grown more and more complex over the past 30 years.

As a result, the United States has experienced a dramatic spike in corporate inversions in recent years — the maneuver in which U.S. businesses merge with foreign companies to take advantage of the friendly tax environments of those countries. Congressional research indicates inversions could cost America as much as $40 billion in lost revenue over the next 10 years.

The U.S. Treasury Department recently issued another set of regulations intended to curb the practice. Some of these proposed regulations under Section 385 of the Internal Revenue Code go way beyond any objectives to curtail inversions, and in fact raise high compliance costs on the broader American business community, as my colleague, ACCF President Mark Bloomfield, has pointed out.

Such patchwork solutions fail to address the underlying issue: a complex and burdensome tax code. Government agencies will never be able to pen in American businesses, and the patchwork regulation meant to do so only adds more layers of bureaucracy for honest businesses. That is felt most acutely by small businesses, which lack the resources of larger competitors to stay in compliance with the thicket of rules and requirements.

Instead, we as voters must demand Washington address comprehensive tax reform. Serious reform must lower rates for businesses and individuals; uniformly eliminate loopholes and special interest breaks; simplify the code so it’s easily navigable for average business owners and families; and remain revenue neutral by refusing to single out certain industries. By achieving those goals, lawmakers will ensure the tax structure serves a very specific purpose: to raise public revenue in a growth-oriented manner.

Fortunately, leaders on Capitol Hill have indicated they are willing to begin this important work. House Speaker Paul Ryan (R-Wis.) and House Ways and Means Committee Chairman Kevin Brady (R-Texas) recently announced a blueprint for reform that would address many of the barriers to capital investment. The plan is a good start, and lawmakers from both sides of the aisle must put aside political ideology to ensure its success. Comprehensive reform will require both parties to make concessions, but investment and growth must remain priorities.

By the same token, voters should demand both Democratic nominee Hillary Clinton and GOP nominee Donald Trump address tax reform. Both have talked in generalities, but the American public deserves a commitment so that this important obligation is no longer ignored. By creating a tax system that is conducive to growth, Washington will help U.S. businesses and families focus once again on investing for the future, which will once again spur the kind of growth our economy needs.