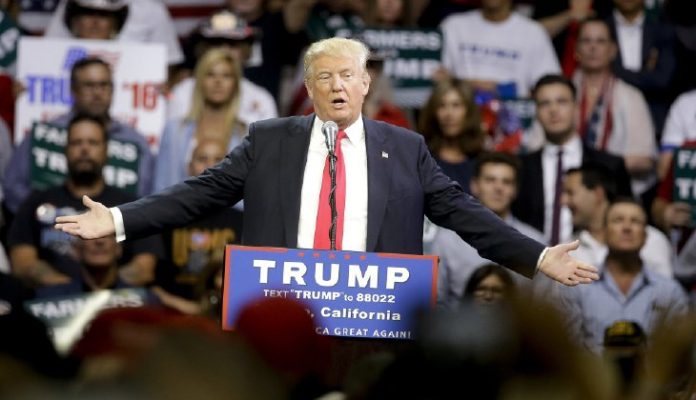 Scary. Dangerous. Insane. Those are the words critics, including some key conservatives, use to describe Donald Trump’s informal courtship of Russian President Vladimir Putin. For the vast majority of America’s establishment, Trump’s remarks are simply unthinkable.

But what if Trump is on the right track? What if the experts are missing what’s truly at stake for long-term U.S. national security?

The recent announcement that Beijing and Moscow plan to hold joint naval exercises in the South China Sea next month is alarming given growing tensions in the region. While analysts doubt the detente will result in a formal alliance between the two countries, the move is clearly meant as a poke at Washington’s dominance in the region.

Russia, however, is hesitant to further China’s territorial ambitions and, in the process, undermine its own national security. As a student of power politics, Putin understands that Russia could become the dessert on the menu for Chinese revanchism – a desire to reverse past territorial losses. Such an idea may seem foreign to most Americans, but a top Beijing objective in recent decades has been to erase past humiliation at the hands of colonial powers.

Subscribe today to get intelligence and analysis on defense and national security issues in your Inbox each weekday morning from veteran journalists Jamie McIntyre and Jacqueline Klimas.

In the 1990s, Beijing recovered Hong Kong and Macau from the United Kingdom and Portugal, respectively, and is now working to resurrect a 21st century version of its “lost” Southeast Asian tributary system. Asserting control over the South China Sea is an important step in achieving that goal. The main prize for the mainland would be “reunification” with Taiwan, but could China have bigger goals?

As the New York Times recently reported, many Chinese believe parts of Siberia, including the strategic city of Vladivostok, were illegally seized by the czars. Though Beijing has “recognized” the current boundary, a more nationalist government in the future, driven by regime stability concerns and a hunger for resources, could focus its attention on Russian lands in the East — rich in energy and minerals and poor in population.

This is where American and Russian long-term interests align. The greatest, most potent threat to U.S. security is an expansionist China, seeking to replace U.S. dominance in the western Pacific. Where this conflict could take us remains to be seen, but according to the Washington Times, Chinese negotiators argued during talks with Secretary of State Hillary Clinton in 2012 that Beijing might even assert territorial claims over Hawaii. While this may sound ridiculous to the Washington establishment, one thing is undeniable — the emergence of a militant Chinese superpower in the coming decade would be a game changer.

U.S. policymaking needs to adapt to meet this potential threat – from being shaped largely by our interactions with Europe to one defined almost exclusively by the Asia Pacific. Despite the Obama administration’s “Asia pivot,” America’s elite remains largely fixated on Western Europe, a group of declining states with diminishing influence in global affairs. While NATO could play a crucial role in addressing the more immediate menace of Islamic terrorism, America’s European allies are simply unlikely to view Chinese expansionism — even if it sparked a military conflict in the Pacific — as a direct threat.

In this context, Trump’s comments questioning the value of NATO or exploring a potential alliance with Russia do not seem so outlandish. While Russia’s recent actions in Ukraine violate international law, Washington should consider its relationship with Moscow through the realpolitik lens of Chinese expansionism.

The Obama administration’s unofficial “containment” of China has been weak and ineffective without Russian participation. Beijing’s flagrant disregard for the Hague’s recent ruling that Chinese claims in the South China Sea are invalid is a clear signal that Beijing cares little about global opinion. Chinese revanchism is on its own course — likely in eventual conflict with both Russia and America.

Washington can only hope to reverse this trajectory by reaching a strategic understanding with Moscow, sooner rather than later. As difficult as it may seem to the likes of George Will, America should avoid driving Russia into the arms of a superpower China, and instead focus on pursuing mutual strategic interests to help guarantee global stability.

Foggy Bottom and its alumni should take Trump’s comments more seriously. War with any nuclear power, including China, is frightening, but any measures taken by Washington that increases the probability of conflict with both China and Russia can only be described as scary. Dangerous. Insane. 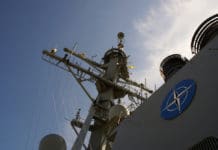 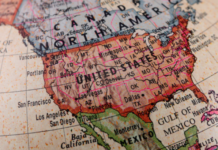 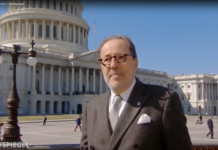