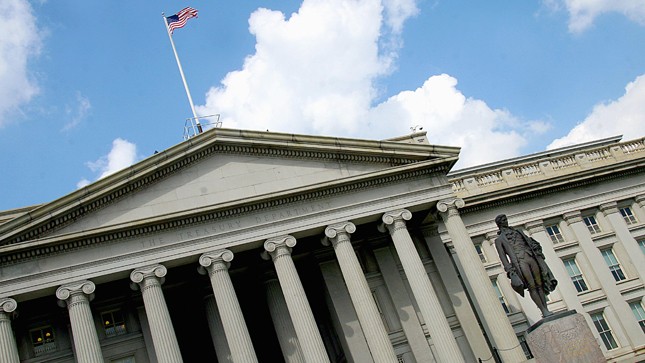 “The regulations turned the debt-equity world on its head in an attempt to address a perceived inversion problem,” Linda E. Carlisle, a member at Miller & Chevalier, said referring to the Treasury Department’s long-awaited final changes to proposed regulations under the tax code section 385.

During a press briefing before the final rules were made public, a department official said these areas posed a low risk of earnings-stripping activity. The new regulations also provided relief for intercompany loan documentation for U.S. borrowers by extending the deadline to Jan. 1, 2018.

Treasury first proposed the rules in April, targeting certain intercompany debt-to-equity transactions to discourage business deals that could erode the U.S. tax base. Such deals include inversions, in which U.S. businesses move their tax base to countries with low tax rates.

While the modifications are major improvements to the proposed version, problems still abound, experts said after taking their first sweep over the 500-plus page document. For many large businesses, the underlying issue still remains: a new way of treating debt in certain financial transactions within a company.

“Is it an earnings-stripping rule, which means I am concerned about the debt-equity ratio in a corporation, or is it a rule that re-characterizes what under 50 years of case law has been [applied to] debt to equity just because of the way it is being used?” Carlisle said. “It’s a very different approach.”

L.P. “Chip” Harter of PricewaterhouseCoopers Washington National Tax Practice said foreign-based companies with U.S. operations will likely challenge Treasury and the IRS over the section 385 regulations, but the number is now limited. These foreign businesses have been advocating for Treasury to scrap the rules because they would face the short end of the debt reclassification changes, he said.

“For them, the regulations have been substantially improved, but the regulations will still make it more difficult to leverage up foreign-owned U.S. subsidiaries and get additional interest deductions in the United States,” Harter said. “Narrowing the regulations to apply only to debt issued by U.S. corporations is consistent with the stated objective of limiting U.S. base erosion.”

Treasury also didn’t exempt total loss-absorbing capacity (TLAC), which could be a problem for financial companies since the rules may conflict with Federal Reserve requirements under the Dodd-Frank law, according to one tax counsel closely monitoring section 385’s impact on the financial industry. The source requested to remain anonymous because of the review of the rules is still ongoing.

Even though Treasury narrowed the focus of the section 385 rules, it didn’t change what some experts called the controversial “72-month per se period.”

This rule would require any debt instrument issued within 36 months before or after the implementation of certain transactions to recharacterize to the extent of the amount of that transaction, according to KPMG’s initial reactions, listing distribution to shareholders and acquiring stock of another group as examples of the deals.

“If a company is making a distribution like a dividend and it follows with a debt arrangement … it still could be characterized as equity rather than debt,” said Pinar Cebi Wilber, a senior economist at the American Council for Capital Formation. Wilber said “72 months is a lifetime in this environment. Everything changes so quickly, so they have to be very vigilant with the documentation.”

U.S. multinationals get a pass.

As for U.S.-based multinationals, Treasury gave them “almost a complete pass” with respect to the recharacterization and documentation rules, said Harter, adding that “the number of taxpayers who care passionately about these regulations has therefore been dramatically reduced.”

“Treasury’s effort to address the problem of ‘earnings stripping’ will move us closer to a fair tax system that addresses the challenges of a global economy,” said Clark Gascoigne, the deputy director of the FACT Coalition.

“Tax avoidance by multinational companies is estimated to cost the American public up to $134 billion per year. This hundred-billion-dollar subsidy favors the largest, richest corporations in the world at the expense of domestic American businesses and individual taxpayers.”

“While we are still pouring over the full details of the rule, it’s estimated to close about $600 million in loopholes per year—moving us $600 million in the right direction,” Gascoigne continued. “However, Congress will ultimately need to act to holistically tackle the problem of inversions and close the outrageous loophole, known as deferral, which currently allows multinational businesses to avoid hundreds of billions of dollars in taxes.”

Shortly after Treasury introduced the rules in April, a pending international deal between two major pharmaceutical companies, Pfizer Inc. in New York and Allergan in Dublin, Ireland, ended. The department, however, still drew a resounding chorus of opposition from Congress and the business community for the broad application. They also criticized Treasury Secretary Jacob Lew for his intent to swiftly finalize the controversial rules.

Ecolab has been digesting the regulations for six months, said Judy McNamara, vice president of tax for the St. Paul-based multinational manufacturing company, in September.

It has been a joint effort with the tax, treasury and legal teams to design the process and the documentation, said McNamara, insisting that Ecolab doesn’t plan to move its tax base abroad.

Tucker Schumack of Ogilvy Government Relations said the move reminded him of a quote from musician Ronnie Van Zandt of Lynyrd Skynyrd: “[They] killed all the ducks in order to kill two or three.”

“With the final regs, they are letting a couple of geese who got caught up in the ducks’ flock go which is a good thing, but they’re still killing all the ducks,” said Schumack.