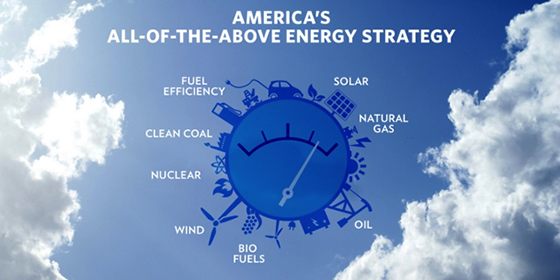 The abundance of fossil fuel energy in the United States has never been greater than it is today. Through advances in drilling techniques that have unlocked huge quantities of oil and natural gas, the nation has reemerged as one of the world’s leading energy producers. The United States now produces energy more efficiently and with less environmental impact than at any other time in its history. The economic and environmental impact of the development of the nation’s natural resources has been instrumental in keeping the sluggish U.S. economy going. Increased production of oil and natural gas has also transformed the global energy market. The ability to rely less on foreign oil from hostile areas of the world has made the United States stronger and safer. Increasing the use of natural gas has diversified our energy mix and been paramount in cutting greenhouse gas emissions and improving air quality. The Obama administration’s dilemma with natural resources and climate mitigation ultimately led to a fundamental change in its approach to energy policy. The administration initially touted increased use of natural gas as a way to reduce greenhouse gas emissions without wrecking the economy. But natural gas was, at least in the minds of the administration and its supporters in the environmental community, supposed to be a “bridge fuel” to the ultimate goal of powering the nation from 100 percent renewable energy sources.

When natural gas’ abundance was fully recognized, the shift to renewables was accelerated. Unfortunately, reliance on 100 percent renewable energy is not currently economical or technologically feasible. Nonetheless, the administration continued to support a policy of ending the use of fossil fuels as a way to meet its climate goals. The legal authority to implement this shift in energy policy was problematic because more than 90 percent of the nation’s energy currently comes from fossil fuels. The U.S. Supreme Court handed the administration the necessary legal authority, though, when it ruled that greenhouse gases could be regulated under the Clean Air Act if the Environmental Protection Agency (EPA) determined they posed a threat to public health and safety. In 2009, the EPA determined that a threat did in fact exist. Subsequently, the administration submitted their goals of reducing greenhouse gas emissions by 26 percent by 2025, and 80 percent by 2050 to the United Nations Framework Convention on Climate Change (UNFCCC). These goals were then used as quantifiable targets to support their new energy policy. Implementing a new policy through the federal regulatory system was necessary because of a lack of support in Congress for legislation that was perceived to cause more economic harm than societal good. The administration’s non-legislative strategy centered on increasing the regulatory burden on fossil fuel developers at all levels of the process, including exploration and production, access to federal lands, pipelines and rail transport, and capital markets. The resulting regulatory accumulation would create an endless mountain of red tape that significantly increased the cost of producing the nation’s energy resources.

President-elect Trump has indicated that he plans to reverse many of President Obama’s policy decisions. The Trump administration is expected to help ensure that fossil fuel production remains a central part of our country’s long-term energy strategy. President-elect Trump should follow through on his campaign promises to reject the current administration’s policy of pursuing energy and climate policy through regulation. He should instead work with Congress to address the nation’s energy and conservation needs in a balanced way that does not jeopardize its economic competitiveness or security. In conclusion, improving the production and use of all sources of domestic energy is a better alternative to the fundamental shift in energy and economic policy pursued by the Obama administration. The new administration should instead focus on encouraging innovation and technological advancements so that we may continue to benefit as a nation from our vast wealth of traditional energy resources, while continuing to steadily reduce the impact on the environment from their production and use.

Obama’s Energy Legacy: Will it Last?