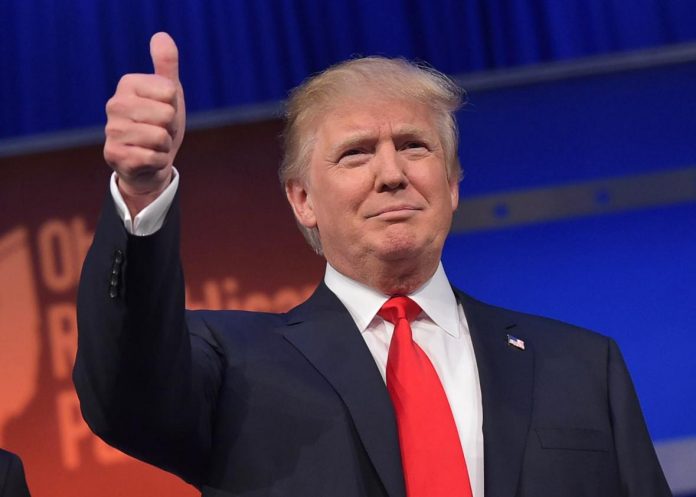 Now that the dust has settled on one of the most contentious presidential elections in recent history, it’s time to take stock of the direction President-elect Donald Trump will move the country on energy and environmental policy.

The current administration has talked a lot about an “all of the above” energy strategy, but the truth has been closer to “none of the above.” Only 100 percent renewable sources like wind and solar have gained favor under Obama.

When a truly renewable, zero-carbon source like hydropower faces opposition from Obama, the nation’s vast stores of traditional energy resources – oil, coal, and even natural gas – didn’t stand a chance.

In fairness, Obama’s energy policy can really better be described as an environmental strategy. The President has been more focused on committing the country to international agreements on global climate change than on taking advantage of America’s domestic energy resources.

Prior to the election, Obama showed strong support for the “keep it in the ground” movement. While that may say something about the level of influence environmental activists have on Democrats, it ignored the pocketbook concerns of most of the country. Telling Americans that they must learn to live with less and that the future will not be as prosperous for their children is a recipe for rejection.

The November election was not, though, a rejection of environmental concerns or the science around climate change in general. Instead, it should be seen as a vote of confidence in American ingenuity and innovation to address climate change without shackling the economy with regulatory anchors that threaten to drown American families and businesses.

Americans care about the environment, they just want solutions that work and are not impediments to economic opportunity. Put bluntly, the end of growth is not an idea that sells well with voters.

President-elect Trump has vowed to put America first, including using the nation’s vast natural resource wealth to revitalize domestic manufacturing, create jobs, and generate revenue to pay for infrastructure and other national priorities.

With Republican majorities in both chambers of Congress, the incoming President has a unique opportunity to enact change. He does not have carte blanche, however, since any legislative proposal will still need 60 votes in the Senate.

The incoming administration will need to be measured in its priorities or risk the potential for the political pendulum to swing back toward Democrats in 2018. And while there are a number of policy priorities that a resurgent Republican Party may want to tackle in the first 100 days, the new President and the Congress should start with energy.

Reliable and affordable energy is fundamental to a strong economy and sustainable growth. It powers our factories, lights our offices, fuels our cars, and heats our homes. The cost of energy affects every business and person in the country.

The good news is that the United States is the most resource-rich nation in the world, with reserves that surpass those of Russia, Saudi Arabia, China and Canada. Fully embracing its energy potential would add much needed momentum to the U.S. economic recovery by ensuring domestic energy prices remain low and providing commodities in demand by our trading partners.

To start with, the incoming administration should apply the brakes to Obama’s strategy of restricting energy production through over-regulation. Protecting the air and water is an important government function and no one is suggesting it stop, but Congress never intended for carbon dioxide to be regulated under existing law.

Congress should take a hard look at the cost vs. benefit ratio of any last-minute rules pushed through in the final days of the Obama administration. Congress should then get to work with President-elect Trump to improve the regulatory system itself to ensure rules are targeted and achievable with the best available technology.

Instead of declaring war on traditional energy resources, the new administration should pursue policies to ensure Americans have access to energy that is abundant, affordable, and with the least environmental impact. Support for advanced research and development can make sure those resources are used in increasingly cleaner and more efficient ways.

Improving the production and efficient use of all available sources of domestic energy – both traditional and renewable – offers a better alternative to the path Obama has put the nation on.

Tim Doyle is Vice President of Policy and General Counsel at the American Council for Capital Formation Center for Policy Research and author of the recently released paper, “President Obama’s Energy Legacy: Lessons Learned for the Incoming Trump Administration”