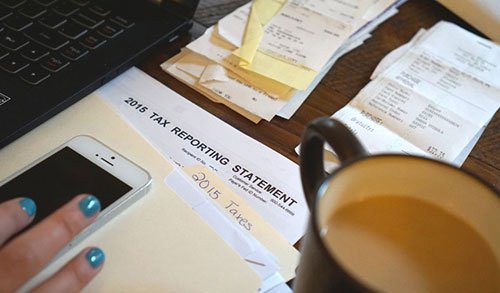 With apologies to Ronald Reagan, next year is teed up to be the biggest supply-side-policy year in American history. The expected changes are too numerous to list, but the most economically  consequential will be tax reform. President-elect Trump promised a sweeping tax reform that strikingly resembled a proposal sketched last summer by House Republicans. These plans also  closely followed ideas long sketched by Senate Republicans, so it seems certain that something like the Trump/House plan will become law. Thank goodness.

The chart below, which is drawn from a recently released study of the House plan by my American Enterprise Institute colleague Alex Brill, provides a summary view of the tax reform. There are many ways that taxes can influence the decisions of firms and individuals, but a nice summary statistic is the impact they have on the effective marginal tax rate (EMTR). The EMTR is the extra amount of tax that is owed should the firm or individual earn an extra dollar of income.

On the corporate side, the big news is that rates are reduced dramatically, with the likely endpoint being around 20 percent, as compared with our current rate of 35 percent. But the proposal would also allow firms to fully deduct capital expenditures in the year that they are made rather than spread them out over a number of years. Factoring that in with the lower rates, and adjusting for a number of other changes, Brill estimates that the tax rate on corporate investment would drop from its current level of 31.6 percent all the way to 17.9 percent. As we have discussed many times in this space, a country that is a friendly place to locate investment is a friendly place to work. If you think wage growth has been disappointing since the recovery began, you should pop the champagne cork when this becomes law.

On the individual side, the proposal simplifies the tax code significantly by limiting itemized deductions, except for mortgage interest and charitable deductions. This move gives legislators an enormous amount of revenue to play with to reduce tax rates. We currently have eight marginal tax rates (if one includes zero); the new law would reduce that to four, with the three positive rates at 12 percent, 25 percent, and 33 percent. The biggest reduction is for the top bracket, which drops from its current level of 39.6. As can be seen in the chart, the plan would cut the average tax on wages in our economy from 23.7 percent to 22.1 percent.

In addition, the reform envisions those with income from capital paying the ordinary tax rates but exempting 50 percent of capital income from taxation. So if you have a $100 dividend, you will need to pay tax only on the first $50. This move effectively cuts these rates in half relative to the tax on wages and would be a significant stimulus of saving and investment, reducing long-term capital gains taxation on average from 22.2 percent to 15.6 percent. Taxes on dividends and interest would see similar reductions.

Taken together, this tax bill would radically improve the outlook for economic growth in our country. Corporations would locate more capital investment here, and individuals would provide the savings to fund those investments. But don’t just believe me. The OECD economic staff just significantly increased its growth forecast for the U.S.—from 1.9 percent to 2.3 percent—and has ratcheted up the forecast for 2018 all the way to 3 percent. Why did it do this? Let’s quote the source: “In the aftermath of the U.S. elections, there is widespread expectation of a significant change in direction for macroeconomic policy.” Amen to that.