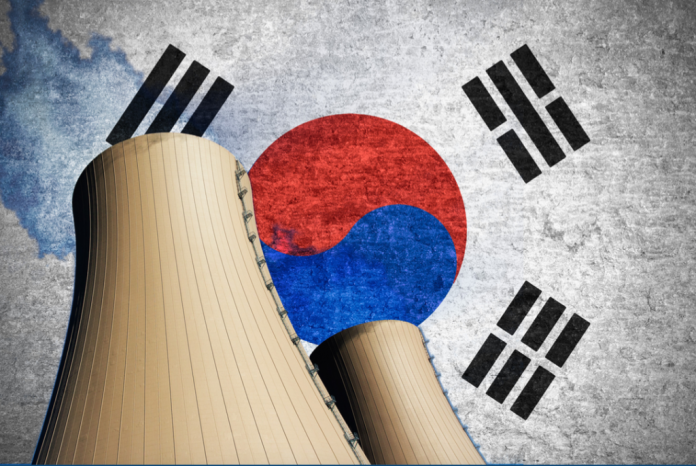 The United States and the Republic of Korea (ROK) have enjoyed a close relationship on the research, development, and deployment of civil nuclear energy since the dawn of the nuclear era. In 1956, both nations signed a Nuclear Cooperation Agreement on the Non-Military Uses of Nuclear Energy (1956 Agreement). Two years later, through President Dwight Eisenhower’s Atoms for Peace Program, General Atomics agreed to work with Seoul to construct the TRIGA Mark II research reactor using U.S.-origin fuel, which was brought online in 1962.

Cooperative efforts on nuclear power generation began in May 1972, replacing the 1956 Agreement with a section of the U.S. Atomic Energy Act that sets limitations and guidelines for peaceful international nuclear energy cooperation. Later that year, the ROK began its nuclear power program in conjunction with Westinghouse Electric Corporation and secondarily, the General Electric (GE) Company’s United Kingdom affiliate – the primary drivers in U.S. reactor design.6 In 1978, ROK’s first power reactor went online, followed by eight reactors constructed in the 1980s.

Today, the ROK is an advanced economy that relies heavily on nuclear power, given its lack of indigenous energy sources for power generation.7 As of September 2016, a total of 25 nuclear units provide roughly one-third of the country’s electricity with current plans for adding 70 percent more capacity by 2029.

The ROK’s nuclear industry is globally competitive given its one-stop service that can provide almost all nuclear related items from domestic vendors and manufacturers. The ROK also has a sophisticated nuclear energy research and development program, largely through the Korea Atomic Energy Research Institute (KAERI), which has actively participated in the localization of ROK’s own nuclear plant design, the OPR-1000, since the early 1990s.

In 2009, the ROK stunned the world by catapulting into the exclusive club of global reactor providers by winning a $20 billion contract to construct four reactors in the United Arab Emirates (UAE).9 The deal was a major coup for the ROK, establishing the country as a credible and safe supplier of nuclear reactors. This rapid rise has been impressive, but more importantly, timely and beneficial to the U.S. nuclear industry and American national security interests.

With the decline of its own civil nuclear program, the United States needs ROK’s nuclear prowess to strengthen its own market position and help uphold its nonproliferation and safety goals, especially with the looming threat of a Chinese commercial nuclear monopoly. Furthermore, the ROK provides the United States with additional foreign commercial opportunities and critical added investment.