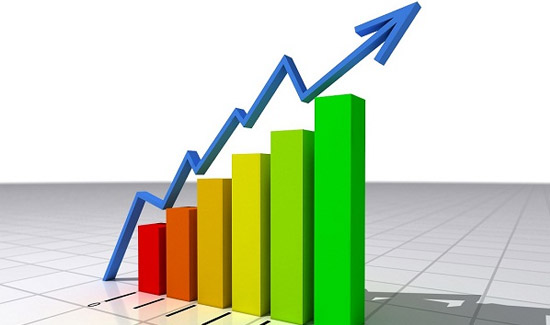 Despite hand-wringing before the election that a Trump presidency would presage near-term and long-term calamity, giddy equity markets responded to a Republican sweep of the White House and Congress with a more sanguine view. Such a response makes sense if a pro-growth policy is indeed much more likely, but it also lays bare steps the new administration and its economic team need to take to justify that optimism.

While there are many issues on the new team’s economic plate, one should take precedence over the others: restarting economic growth.

Business people and households need to believe that faster sustained growth is possible. Structural problems — exacerbated by public policies of the past several years and a stimulus mind-set — have fed pessimism, restraining investment in capital and people.

Now, expectations can be reset through the core elements of President-elect Donald J. Trump’s economic plan, if they are coordinated, implemented and explained well. Here is what’s needed:

Building Blocks for Growth. Resetting expectations for long-term growth requires policies that enhance productivity growth and support work. At the same time, a well-structured infrastructure program can augment aggregate demand in this transition, while bolstering productivity over time.

Two building blocks to raise productivity are tax reform and regulatory reform. Tax reform can raise investment and productivity by significantly reducing marginal tax rates on business income, while broadening the tax base. There is no arrow in the policy quiver that dominates fundamental tax reform in raising incomes — economists estimate gains as large as a 0.5 percentage-point increase in economic growth annually for a decade. These gains come principally from raising investment in the United States and reducing wasteful tax distortions of business planning. Regulatory reform is a second building block for growth by weakening impediments to investment in energy and utilities, while overhauling financial regulation to improve credit availability for small and midsize firms.

Work is vital for growth, incomes and social dignity. Tax reform is a core element here, too — raising returns to work by reducing tax rates on incremental earnings. But broader support for work is needed economically, and its absence figured in the understandable economic anxiety during the campaign.

These additional building blocks provide this broader support for work. First, market-based health care reforms — widely analyzed before the Affordable Care Act’s more regulatory approach — can slow the rate of growth of health care costs. This slowing is important, as it permits compensation to workers to shift toward wages, raising incomes.

Second, we should strengthen substantially the earned-income tax credit for childless workers to encourage and support entry-level work and the earnings-building skills that work provides.

Market-based health care reforms could potentially slow the growth rate of health care costs. That in turn could shift compensation to workers toward wages, raising incomes.

Third, current spending on unwieldy federal job training programs can be directed toward personal re-employment accounts for income support and enhanced personalized training for individuals who are most likely to experience long-lasting unemployment given economic dislocations from technological change or domestic or foreign competition.

A substantial federal infrastructure spending program can support the building blocks of pro-growth policy in raising expectations. But to do so, it needs three elements. First, it should be a long-term commitment. There are few shovel-ready projects available for stimulus. A long-term commitment raises business people’s expectations of future demand and increased labor demand. Second, an infrastructure program should be a partnership, bankrolled by federal, state, local and also private funds, with the mix depending on the project. And regulations should be streamlined to reduce costs and increase the speed of new construction.

To the extent that part of the federal financing of an infrastructure program is linked to corporate tax changes, the program needs to be ready to accompany tax reform. Otherwise, especially given that program design is complex, infrastructure could follow tax reform in the pro-growth policy change.

Coordination. The close relationship between the Trump plan and the ideas of House and Senate Republicans on tax reform, regulatory reform and support for work furthers the case for optimism. Also critical is the White House’s prioritizing growth. Trying to accomplish a much broader agenda at the same time risks loss of policy focus and clarity of the economic message to the public.

Communication. Talking with the public about the need to stress building blocks for growth is vital to blunt criticisms that economic policy should continue the Obama administration’s focus more on redistribution and regulation. A number of recent efforts at outreach by economists and policy makers on tax and regulatory reform and pro-work policy will help. They have not, though, carried the day. The best bully pulpit belongs to the president-elect. Mr. Trump and his economic team can increase the likelihood of policy change with a focused early emphasis on growth.

Stepping Back From Failed Policies. These affirmative steps mean closing the door on failed efforts at stimulus and overreliance on monetary policy. An emphasis on short-term policy has allowed the neglect of long-term structural problems that have held back growth and aggravated economic anxiety for many households and business people.

While constructive in its early strong response to the financial crisis, the Federal Reserve has been depended upon too much by a government not willing to tackle bold reforms. The continuing hyper-accommodative monetary policy in the more normal current economic environment misallocates credit, punishes savers and favors financial engineering over productivity-enhancing real investment.

Acknowledging Other Long-Term Challenges. The United States faces other long-term challenges, to be sure, including the need to bolster the nation’s commitment to defense and the soft power that accompanies renewed global economic leadership, defend openness of markets and reform Social Security and Medicare to secure their place of social insurance for future generations. But addressing any and all of these challenges will be economically — and politically — easier in a growing economy in which prosperity is broadly shared. Resetting expectations for growth should be the first step.

Early equity market gains after Mr. Trump’s election offer a vote of optimism in the potential impact of a different economic policy direction.

Now, the right building blocks, action and communication can sustain that optimism and generate higher incomes and greater opportunity.