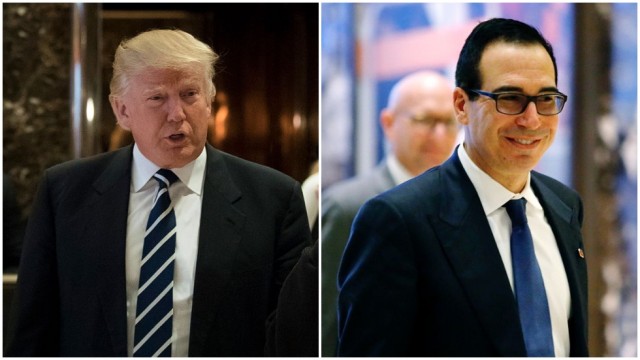 The last few weeks of President Obama’s time in office have been spent reflecting on his legacy after spending eight years in the White House. As it should be. But with the inauguration of President-elect Donald Trump upon us, now is the time to look forward to what his incoming administration — and a Republican Congress — will set out to accomplish in 2017. Lawmakers will soon turn to work on a policy goal that, if successfully accomplished, will go far in improving the current state of the nation’s economy: comprehensive tax reform.

The need to do something about our current dysfunctional tax code is one of the rare issues that both Democrats and Republicans actually agree on. It’s also a much-needed fix to an economy that still isn’t performing as well as it could or should be. As I wrote last year in “Capital Formation 101”:

U.S. capital investment is falling behind relative to our competitors and personal saving rates are far from sufficient. A review of tax treatment of capital gains and dividends across countries shows that the U.S. has the second highest integrated tax rate among OECD and BRIC countries. Furthermore, the U.S. corporate tax structure is considered to be one of the reasons for its lagging investment.

Indeed, it is hard to defend America’s current corporate tax rate, which hovers at around 39 percent (combined federal and state) and affects the ability of businesses to invest, expand or create new jobs here at home. But our tax code also affects American businesses as they seek to compete in the global marketplace with competitors enjoying a much lower tax rate.

Additionally, unique among our major trading partners — like China, European Union member-states, Mexico and Canada — the U.S. does not supplement income tax with a national sales or consumption tax. As a result, America does not adjust its taxes at the border. So, while our foreign competitors add consumption tax to American-made products, the same tax is not applied to their own exported goods.

House Ways and Means Committee Chairman Kevin Brady (R-Texas) called this the “Made in America tax,” and he enumerated the shocking results:

Chinese steel, and Mexican beef and cars, just to name a few, are all cheaper here — in the U.S. — han their American counterparts, thanks to a tax disadvantage that “can easily exceed 20 percent, destroying true competition. Worse, it often means the best location for a U.S. company to sell to America is overseas.

Whether this provision remains in the tax reform blueprint remains to be seen, although Brady and other Republicans continue to staunchly defend it amid mounting opposition.

That aside, the blueprint overall is a positive step forward for economic growth as it lowers the corporate rate to 20 percent and moves America’s tax system to a territorial system where the federal government would only collect tax on income generated within U.S. borders. In fact, 26 of the 34 Organization for Economic Cooperation and Development (OECD) countries have “territorial” tax systems; the U.S. remains an unfortunate outlier.

With full expensing of investment and other features, the blueprint moves the U.S. tax base closer to a consumption base, which research has consistently shown that such system will have a significantly higher impact on investment and overall economic growth. In fact, estimates of the impact of the blueprint by the Tax Foundation show that it will lead to 9.1 percent higher gross domestic product (GDP) over the next 10 years.

Assuming this week’s confirmation hearing and subsequent Senate floor vote go smoothly, Trump’s nominee for Treasury secretary, Steve Mnuchin, will command a central role in comprehensive tax reform efforts as he works to revive America’s economy. In doing so, he and Congress should vow to work in a bipartisan manner to ensure that the result is a neutral uniform tax code that refrains from discriminatory measures against any one sector of our economy.

With a new year, a new Congress and a new president, we now have the chance to turn the page on outdated tax policy and start a new chapter for the American economy.

The views expressed by contributors are their own and not the views of The Hill.