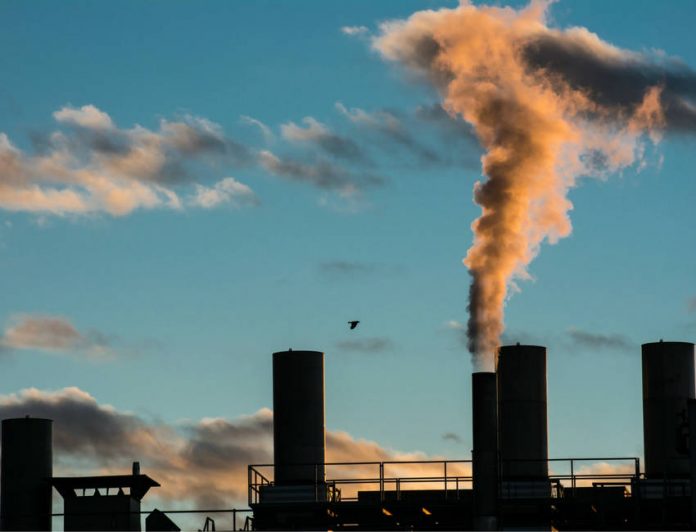 Supporters of an international agreement to limit global warming-inducing coolants are shifting their message to convince President Donald Trump to support it: It’s a trade deal, not a climate change pact.

Both environmentalists and industry fear that Trump, who has dismissed climate change science, will rush to dump the amendment to the Montreal Protocol agreed in Kigali, Rwanda last year that would reduce the use of hydrofluorocarbons. But industry is wholeheartedly behind the deal, since it will enable U.S. manufacturers of air conditioning and refrigerants to sell a new generation of equipment to a global market.

“From a public messaging perspective, for the sake of the broader coalition, this a strategic trade initiative to advance U.S. competitiveness to help capture global market share, to help shut out the Chinese, and that provides environmental and climate co-benefits as well as co-benefits for economic development,” said Dave Banks, executive vice president at American Council for Capital Formation, a nonpartisan group that aims to be a liaison between government and the business community.

Trump has not indicated whether he supports the deal, which his administration would need to submit to the Senate for approval.

Still, a strategy to frame the Kigali agreement to Trump as a trade deal comes with its own risks, since the new president has already pulled the U.S. out of the TPP and vowed to reopen NAFTA, and instead favors bilateral trade deals.

The shift in message would mark a stark change from former President Barack Obama’s touting of the agreement as one part of a trifecta of climate agreements, along with the Paris agreement and a deal on aviation emissions. The agreement struck in October would limit the use of HFCs in air conditioning and refrigeration. Those coolants have many times the heat-trapping properties of carbon dioxide, though they don’t remain in the atmosphere as long, and reducing them could hold down climate change by 0.5° C [0.9° F] by 2100.

The amendment to the Montreal Protocol, first agreed to in 1987 to limit ozone-destroying chemicals, would drive a global push toward the kinds of advanced coolants that U.S. manufacturers are prepared to make. But the treaty also prevents participating countries from buying equipment from non-participating countries — which means U.S. manufacturers would be left out if the Senate doesn’t approve it.

And if the Kigali amendment doesn’t get come into force, U.S. manufacturers warn they will face competition from a flood of Chinese supplies of the old technology.

“Manufacturing plants in China capable of producing 30 million to 40 million units a year in that old technology,” said Stephen Yurek, CEO of the Air-Conditioning Refrigeration, and Heating Institute, a trade group that represents 70 percent of the world’s production of commercial heating, refrigeration, and air-conditioning equipment. U.S. production capacity is about 8 million units, the group says.

The Montreal Protocol has been amended four times, and some changes took years to clear the Senate. But AHRI hopes the deal will be ratified by 2019. The group wrote to Vice President Mike Pence shortly after the election, articulating a series of policy goals, including strong support for the agreement. The letter highlights the consequences of not joining.

“We want it to be clear that we support it, but they don’t need to deal with it right way,” Yurek said. “Wait until the end of this year or next year.

“We’re just hoping it doesn’t show up on a twitter feed at 3:30 in the morning,” he added.

Yurek wants to allow Trump to get his administration in place so the group knows whom to talk to and what the best approach will be. “If we have to deal with it now or in the next six months, we’re not going to have the ability to figure out what that message is,” he said.

But the group will definitely not push an environmental message, and AHRI Vice President Francis Dietz said the group had “tried to decouple it from climate.”

“We don’t want this lumped in with climate because they did repeatedly say they want to scrap Paris, but they have not said that about this,” he said.

So far, green groups are steering clear of the push to approve the treaty amendment.

Durwood Zaelke, president of the Institute for Governance & Sustainable Development, a group that was involved in the negotiations in Kigali, said ratifying the HFC amendment was a “no-brainer,” but that the group was taking a backseat.

“This is a process that is clearly being led by industry and will continue to be lead by industry,” he said.