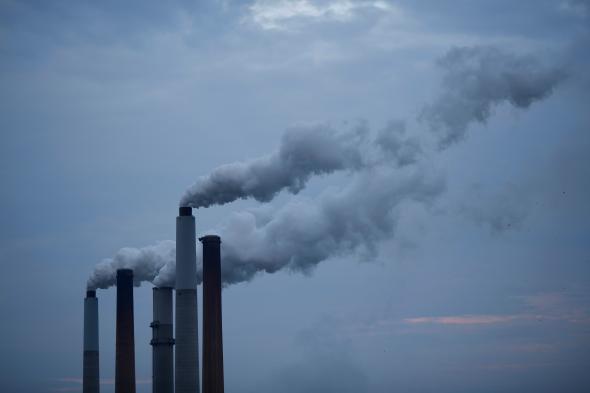 In an effort to address the threat of climate change, a group of conservative U.S. statesmen has outlined a plan that, by 2030, could cut the United States’s carbon emissions by up to two-fifths below 2005 levels.

At a Wednesday press conference, the newly established “Climate Leadership Council”— a consortium of Republican Party stalwarts including officials from the Reagan and both Bush administrations—unveiled their plan for a gradually increasing, revenue-neutral tax that puts a price on carbon dioxide emissions.

The Climate Leadership Council’s proposal calls for a $40 tax on each metric ton of carbon dioxide emissions, with the tax steadily increasing on an annual basis. All proceeds—an estimated $200 to $300 billion per year—would be distributed back to American citizens in the form of dividend checks. Carbon taxes on foreign imports and rebates for U.S. exports would then keep U.S.-made goods competitive, the authors claim.

“If you look at the priorities of President Trump, our plan ticks every one of his boxes,” says Ted Halstead, the group’s founder and CEO. “It is pro-growth. It is pro-jobs. It is pro-competitiveness linked with balanced trade. And last, but hardly least, it would be good for working-class Americans.”

The plan comes on the heels of polling showing that increasing numbers of Americans—including Trump voters—see the value of solving climate change. Just 28 percent of Trump voters think that the U.S. should back away from the Paris Agreement. More than six in ten of Trump voters support taxing or regulating the pollution that causes global warming. (The poll, conducted by Yale and George Mason University, has a 5-point margin of error.)

To limit climate change’s worst effects, economists have long advocated for putting a price on carbon emissions. The tax would bake fossil fuels’ long-term costs on the climate and public health into the short-term price, pressuring markets toward adopting carbon-efficient energy sources. The result, according to supporters? An elegant decrease in emissions.

“It’s hard to imagine reducing emissions enough to limit dangerous climate change without carbon pricing,” said Helen Mountford, program director for the climate initiative New Climate Economy, in a previous interview. She called the general idea a “vital piece of the puzzle.” (Read more about carbon taxes and their use around the world.)

“[The Climate Leadership Council plan] is designed specifically to appeal to the business community, which has been desperate for some kind of regulatory certainty,” says Justin Gundlach, a fellow at Columbia Law School’s Sabin Center for Climate Change Law. “At this point, a number of companies are assuming that [a carbon tax] will happen eventually, so they might as well get ready.”

“The arguments [favoring action] are so compelling,” he adds. “We’re talking about the end of the world as we know it, and wouldn’t it make sense to take the cheaper approach?”

But not all observers think a carbon tax would do the job. “A carbon tax is certainly better than not doing anything, but people can pay a tax and not do anything,” says Mark Jacobson, a Stanford civil-engineering professor and proponent of renewable-energy standards. “It doesn’t actually require that people reduce their emissions.” (Explore Jacobson’s state-by-state blueprint for a carbon-free United States.)

If projections hold and the tax is implemented soon, U.S. emissions could drop precipitously. The Climate Leadership Council plan cites a recent U.S. Treasury Department report that shows a similar plan could reduce U.S. carbon emissions by a fifth in its first decade.

That reduction would be enough to meet the U.S. commitments to the Paris Agreement, the international climate pact that came into effect in late 2016. Under the pact, the United States has said that by 2025, it will reduce its emissions by 26 to 28 percent from 2005 levels. (By 2015, the U.S. had decreased its emissions 12 percent from 2005 levels.)

Additional action in the future, however, will still be needed. Numerous forecasts make clear that current Paris Agreement commitments don’t meet the pact’s ultimate goal: limiting warming to 3.6 degrees Fahrenheit above pre-industrial averages by the end of the century.

Consumers would feel the taxes; initially, the plan would add about 36 cents to the price of a gallon of gasoline. But the Treasury Department report finds that after distributing dividends, the plan actually would increase the after-tax income of the bottom 70 percent of Americans. The Climate Leadership Council says that a family of four would receive about $2,000 in payments in the first year.

Environmental groups have largely welcomed the Climate Leadership Council’s plan, though some opposed the plan’s call for rescinding EPA authority over greenhouse gases.

“We’re encouraged to see a distinguished group of conservatives offering a market-based solution aimed at achieving significant reductions in carbon emissions,” said Mark Tercek, chief executive for the Nature Conservancy, in a statement. “We have to be talking solutions now on both sides of the aisle, and this proposal is an opportunity to do that.”

In particular, the nonprofit Carbon Tax Center has heaped praise upon the Republican proposal. The center’s in-house projection says that by 2030, the plan could cut carbon emissions 40 percent relative to 2005 levels—outperforming Obama-era efforts to rein in emissions.

“Republicans looking for a way out of their denialist, obstructionist stance on climate have been handed a lifeline,” said Carbon Tax Center director Charles Komanoff in a statement. “Their children and grandchildren are counting on them.”

But there is no denying that the Republican plan faces an uphill climb—versus Republicans at the levers of power in the White House and Congress.

For starters, President Trump’s economic agenda relies heavily on a resurgent U.S. fossil-fuel industry. What’s more, the early days of his administration have swirled with fear that U.S. climate science—and international climate diplomacy—remain on the chopping block. On Wednesday, the Climate Leadership Council reportedly pitched the plan to the Trump administration in a White House meeting, but Trump is on the record stating that he didn’t support a carbon tax.

Trump’s counterparts in Congress appear even less willing to play ball. In June 2016, the U.S. House of Representatives voted 237-163 on a non-binding bill condemning carbon taxes as “detrimental to American families and business.” And for swaths of the American right, adding taxes of any kind still amount to destructive policies “crafted by and made for cultural elites.”

“It’s good that people are trying to figure out a market-based approach, but on the political side… it’s pure fantasy,” says George David Banks, the executive vice president of the American Council for Capital Formation, a pro-business think tank. “Let’s just put aside the toxicity of a tax: what Republicans would need is taking away the EPA’s regulatory authority over greenhouse gases,” he adds. “Democrats won’t even go there.”

To some conservative environmentalists, however, the unified Republican U.S. government offers a ray of hope: room to solve climate change in a way that avoids interventions conservatives would abhor.

“It’s solution aversion that’s caused conservatives to doubt the existence of the problem,” says Bob Inglis, a former Republican congressman from South Carolina and head of the environmental group republicEn.

“But if those of us on the ‘eco-right’ show Republicans a solution that fits with our deeply held conservative values, then I think we’ll see many embrace this exciting, free-enterprise opportunity,” said Inglis.

Michael Greshko writes online science news stories on everything from animal behavior to space and the environment.

Electric Vehicles and Internal Combustion Engines Must Share the Highway to...