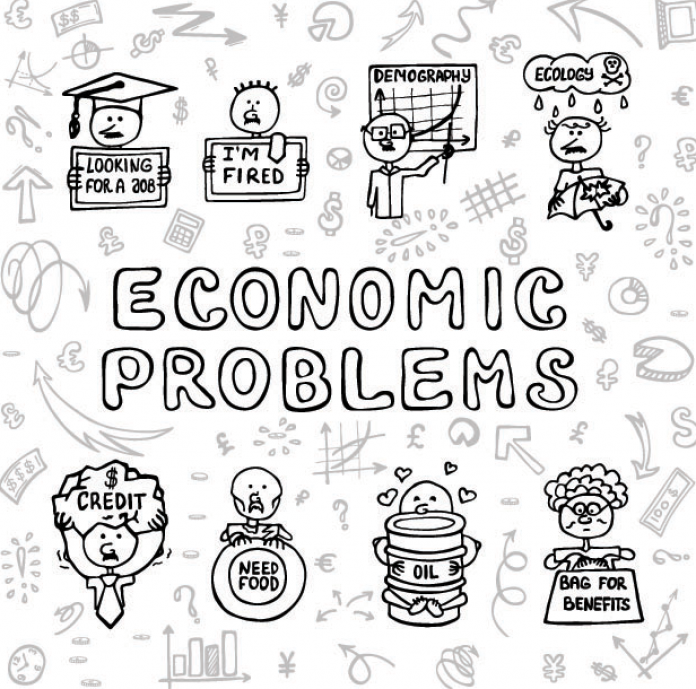 Democrats in Alaska are once again sharpening the hatchet and taking aim at the state’s favorite goose – the oil and gas industry.

As Alaska slips deeper into a recession that began in mid-2014, lawmakers in the 49th state are wrestling with ways to close a $3 billion budget deficit caused, primarily, by an extended period of low oil prices.

But increasing the tax burden on the government’s number one source of revenue when the industry is struggling with declining production, increased regulatory costs, and falling profits is likely to collect less, not more for the state’s treasury.

There’s no question that Alaska is hurting. The once politically unthinkable – imposing an income tax or cutting the amount residents receive each year from the state’s permanent fund – are both now being openly discussed in the halls of the state capital in Juneau.

In the state House, majority Democrats are seeking to increase the tax burden on the oil and gas sector, which, despite the downturn, still supports one third of all Alaska jobs and accounts for 65 percent of state revenues.

The governor’s office has already taken aim at the oil industry, vetoing hundreds of millions of dollars in tax credits promised by the previous administration in exchange for new investment in the state’s aging oil fields.

The administration argues the state can’t afford to pay the credits in the current fiscal environment, but the investments have already been made – resulting in the first uptick in oil production since 2002 – and the obligation to make good remains on the books.

A bitter fight over changes to the state’s oil tax system also brought the legislature to a standstill in 2016.

Legislation introduced last week – House Bill 111 – picks up where things left off last year, attempting to increase the government’s take by further rolling back tax credits on new investment and raising the minimum tax to 5 percent of the gross value of production – which equates to an increased tax liability of 25 percent to 100 percent, depending on the company.

The legislation reduces the risk to Alaskans of developing the state’s resources by shifting it almost completely onto the oil companies. Resource extraction taxes usually try to strike a balance to encourage continued investment. Governments either set a floor to capture a guaranteed minimum at low prices in exchange for allowing companies a greater take when prices rise or they share the risk at low prices for a bigger piece of the prize at high prices.

But the House proposal goes after the producers at both ends of the scale. It seeks to capture more revenue at low oil prices and grabs a bigger share when prices rebound as well. Doing so greatly reduces the incentive for private companies to invest in Alaska.

Hiking taxes on the oil industry may be popular with voters but it’s not necessarily sound economic policy. Higher taxes may bring in additional revenue in the short term but at a cost to long-term investment.

Put another way, killing the goose that lays the golden egg will result in further job losses and economic contraction, not increased state revenues.

Oil taxes are always a contentious issue in Juneau, but here are few things lawmakers should keep in mind before considering further changes.

Alaska lawmakers have changed the tax regime on the oil industry six times in 11 years, including three times in the past three years alone.

Such volatility is unsettling in the best of times to companies that make investment decisions years, often decades into the future. But raising taxes when oil prices are barely above the breakeven point on the North Slope and production has on average declined steadily for more than two decades makes an already challenging environment worse.

Tax hikes don’t happen in a vacuum. Drive taxes high enough – and factor in the uncertainty created by constant change – and companies will alter their behavior. For oil companies that means weighing investment of limited capital in Alaska against any number of competing prospects in the Lower 48 and around the globe that offer better returns and a more stable tax system.

The long-term challenge facing Alaskans is not so much the low price of oil – which fluctuates with market forces beyond their control – but the amount of oil being produced. The trans-Alaska pipeline has seen a 39 percent decline in throughput in the past decade and is operating at one third of its capacity.

Production on the North Slope has fallen 68 percent over the past 20 years from a peak of 2 million barrels a day. Alaska currently produces about 600,000 barrels a day, putting it fourth on the list of top-producing states, behind Texas, North Dakota, and California. Add the Gulf of Mexico and Alaska drops to fifth place.

The North Slope oil fields are far from exhausted. Prudhoe Bay remains one of North America’s biggest oil fields and large areas of Alaska have yet to be fully explored. But if Alaska’s tax regime makes the state uncompetitive then it can expect to lose investment needed for exploration.

Instead of digging themselves deeper into recession, Alaskans should focus on making the North Slope competitive with other oil-producing regions and improving access to untapped resources to attract private investment and boost production to ensure a stable economy for future generations.

Robert Dillon is Vice President of Communications for the American Council for Capital Formation, a pro-growth economic think tank based in Washington, D.C., and the former Communications Director of the U.S. Senate Energy and Natural Resources Committee.