Home Economic Policy Tax reform, above all else, will secure our economic future 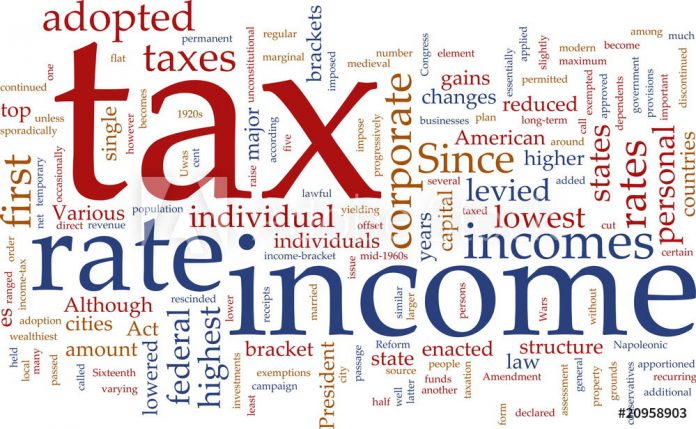 Originally published in The Hill.

As national leaders move forward with plans to revitalize the U.S. economy, no single issue has more promise to unleash America’s potential than comprehensive tax reform.

Our tax code is significantly dated. Taxes, especially on the business side, are too high and unnecessarily complicated. The cumbersome tax system stifles economic growth and restricts our ability to create jobs.

That is why the American Council for Capital Formation has developed a broad set of policy recommendations to streamline the tax code to make it simpler, fairer and more oriented toward the formation of capital.

President Trump and the leaders of the 115th Congress have both expressed a commitment to making tax reform a reality, using the momentum of the November elections to galvanize bipartisan support for pro-growth tax policies.

During his inaugural address, Trump restated his support for ensuring that tax policy works to the benefit of American businesses and families. Speaker Paul Ryan (R-Wis.) and House Ways and Means Committee Chairman Kevin Brady (R-Texas) have laid out their own blueprint for reforming the tax code.

Trump’s call for action mirrors many of the features of the House GOP blueprint. These initial proposals are a strong first step toward the meaningful reform Americans deserve.

Today’s tax code is a significant drag on capital formation for American businesses. At almost 39 percent, the combined federal and state corporate tax rate is one of the world’s most burdensome.

Major multinational corporations, which employ tens of thousands of American workers, are forced to pay higher U.S. taxes than their international competitors. Some corporations simply leave the United States altogether, taking valuable capital and jobs with them.

What’s more, many American businesses have to spend valuable time and capital to comply with complicated tax laws instead of devoting those resources to hiring and training new employees and expanding their operations.

With U.S. economic growth still sluggish, the need for meaningful tax reform is long overdue. Our federal tax code has not been updated in more than three decades. At the same time, other nations have reduced their taxes on businesses to make themselves more competitive in the global marketplace.

The United States has simply not kept pace.

The plan also includes a border adjustment provision to recalibrate American tax policy regarding imports and exports. It is an important feature of the blueprint in terms of raising revenue to pay for lower rates and full expensing for new investment.

Brady has pointed out that many of our competitors use border adjustments in their value added tax (VAT) systems, creating a level playing field for goods leaving versus goods entering a nation.

The United States does not supplement its tax revenue with a national sales or consumption tax. As a result, it doesn’t adjust its taxes at the border.

The blueprint proposes to fix this lopsidedness by providing equal treatment for goods produced and sold domestically and internationally. But questions regarding how the overall economy will respond or how our competitors will tweak their policies in response still need to be answered.

Various analyses show that tax reform that moves closer to a consumption tax with full expensing will have a positive impact on economic growth. The Tax Foundation estimates the Ryan-Brady blueprint would create as many as 1.7 million jobs and boost gross domestic product by more than 9 percent.

No matter the details of the final plan, the United States needs tax reform that is simple, pro-growth and fair. Tax reform also needs to be comprehensive and avoid a patchwork approach.

To be truly lasting, tax reform needs to be transparent and bipartisan.

Tax reform has momentum. The time is right for Congress and the new administration to deliver tax reform that will improve America’s economic future.