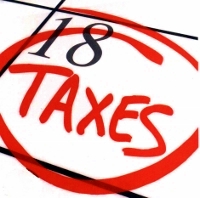 Now that Tax Day has arrived, it’s time for Congress to get serious about reform

WASHINGTON, DC – The American Council for Capital Formation today marked the arrival of Tax Day 2017 with a call from Chief Economist Pinar Çebi Wilber for Congress and the Trump administration to get serious about passing meaningful tax reform:

“This Tax Day marks another year of struggle for American taxpayers under a burdensome and overly complicated tax system. The U.S. tax code was last updated in 1986, so we are long past due for a comprehensive overhaul that better matches our current economic needs, increases our global competitiveness and reinvigorates our economy.

“Congress needs to look past its partisan differences and do what’s good for hardworking Americans by simplifying the tax code. So far, we’ve been encouraged by the efforts of House Republicans and by statements from the Trump administration about eliminating barriers to economic opportunity. But as Americans across the country mail their hard-earned dollars to the IRS, we think it’s time our elected representatives got to work decreasing the overall tax burden on individuals and businesses.

“Comprehensive tax reform is the surest way to reinvigorate America’s economy, boost growth and spur job creation. Fortunately, House leaders have already begun the discussion with their blueprint for tax reform aimed at lowering the corporate tax rate to 20 percent, providing full expensing on capital investments, and moving to a territorial tax system is a good start,” Wilber said.

The American Council for Capital Formation hopes that this Tax Day serves as reminder for President Trump and the 115th Congress of the importance of upholding their promises and making comprehensive tax reform a reality for Americans.

A Conversation with the New Democrat Coalition