Home Tax Policy No, a business expense is not just a tax dodge by another... 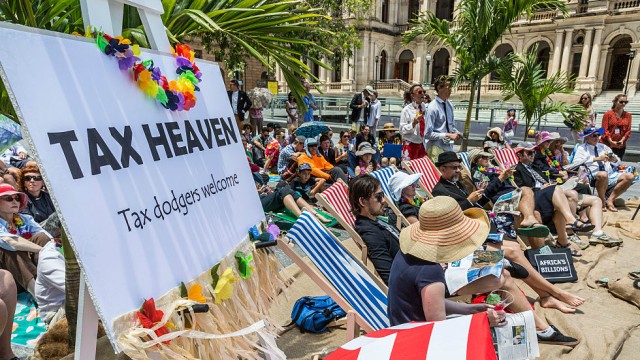 In case you missed it, Oxfam International recently released the latest edition of its annual report on the so-called tax avoidance strategies of top U.S. corporations. The report claims that “rigged tax rules cost Americans approximately $135 billion per year in corporate tax-dodging and sap an estimated $100 billion from poor countries annually.”

Oxfam targets the 50 largest publicly traded companies in the United States, accusing them of taking advantage of an opaque and secretive network of subsidiaries to protect earnings from the taxman. Subsidiaries so secret, in fact, that Oxfam was able to identify them from publicly available corporate financial statements.

Let’s be clear, what Oxfam is complaining about is not corporate tax dodgers, but the current U.S. tax code and its legitimate system of credits and deductions. Oxfam doesn’t believe corporations should be allowed to pay a tax rate of anything less than 35 percent.

That’s fine, but Oxfam should say so. Instead, it buries a clarification in the footnotes of the report that when it says “tax dodging” it does not mean tax “evasion,” which is illegal. The corporations singled out for public shaming by Oxfam have not broken the law and Oxfam offers no evidence of wrongdoing.

Oxfam employs the same methodology used by the Institute on Taxation and Economic Policy in its report on so-called tax avoidance, which the institute argues is anything that reduces an individual corporation’s tax bill below that magic 35-percent number again.

Using this faulty logic, Oxfam argues that between 2009 and 2015, the top 50 U.S. companies received tax breaks worth $423 billion. But a big chunk of that number is associated with the $1.6 trillion in “cash reserves” Oxfam claims companies are holding in foreign accounts.

Dig a little deeper, though, and you find that Oxfam is using the term “cash reserves” interchangeably with the amount of permanently reinvested earnings (PREs) companies report on their federal disclosure forms. PREs include investment in non-liquid assets, as well as research-and-development costs and other expenses needed to grow a business’s activities overseas.

While true that companies generally do not pay U.S. taxes on these investments until the earnings are repatriated, it’s equally unfair to accuse them of attempting to dodge paying U.S. taxes simply because they are making effective use of current tax law.

There are also good reasons that a company might choose to hold cash overseas. As researchers at the University of Wisconsin, Madison and Michigan State University recently outlined in an academic paper:

Another joint academic study — this one by researchers at Dartmouth College, University of Pennsylvania and University of Oregon — estimated that 54 percent of permanently reinvested earnings are held in the form of cash assets and that only 14 percent are held in locations considered tax havens.

Those numbers highlight the fact that U.S. tax bills are not the only, or even the primary, reason companies might choose to keep a portion of their cash reserves outside the United States. Legitimate business expenses and investment opportunities play a big role in those decisions as well.

The Oxfam report also takes aim at the tax proposals of President Donald Trump and House Republicans, labeling them as “wrong-headed reform.” The authors of the Oxfam report not surprisingly oppose every aspect of the Republicans’ tax reform plans, including any effort to lower corporate tax rates or move to a territorial system.

Oxfam wants the world to unite behind a set floor on corporate earnings and prevent a “race to the bottom” in which some countries reduce their tax rates to attract greater investment.

A little world unity right now might be nice, but there are several good reasons why a country might want to lower its tax rate to attract new businesses over its border. Offering a more competitive business environment through tax policy not only brings investment, it also leads to job creation and a general increase in economic activity.

The United Nations Conference on Trade and Development puts the contribution of foreign affiliates to the budgets of developing countries at about $730 billion annually. In addition to paying taxes and creating jobs, multinational corporations also benefit host countries through technology transfers and workforce training.

Oxfam should know that a rising economic tide lifts all boats. Arguing for higher taxes and a less-competitive investment environment will do little to reduce poverty. What it will do is push badly needed revenue and jobs elsewhere.

A recent report by the Organization for Economic Co-operation and Development (OECD) ranking the distortionary effects of different tax policies around the world found that corporate income tax levels have the greatest potential to hold back economic growth, followed by personal income and consumption taxes.

The OECD report concludes that shifting from a system of taxing income to a consumption tax would provide the maximum incentive for investment. We couldn’t agree more.