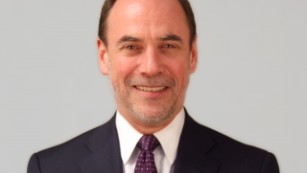 Make no mistake about it. Everything the President does should be viewed through the lens of making the economy work better. Trump is President and Republicans control Congress because the American electorate wants to experience better economic growth and improved prosperity.

A Trump infrastructure initiative will therefore be judged by its contribution to prosperity, but it would be unrealistic to portray it as a strategy in and of itself.

The key components of the American economic revival are now clear. The initial success in stopping the Obama-era regulatory onslaught will be paired with legislative reforms to transform the regulatory state fundamentally. The Affordable Care Act will ideally be relegated to the dustbin of domestic policy history and replaced with a law that passes muster as good economic policy, budget policy and sensible support for a private sector-driven, cost-control effort. And the outmoded and complex US income taxes will be replaced with permanent and strong incentives to innovate, invest, hire and increase wages in the United States. None of this will be easy politics, of course, but the policy portfolio is clear.

Infrastructure can contribute in two unique ways to this portfolio. First, carefully chosen projects can improve national connectivity and economic efficiency. The best example is the one that kicked off infrastructure week: a 21st-century air traffic control system. National air traffic is uniquely a federal policy role, and a modern system would address congestion, shorten routes, save fuel and lower transport costs. Similar, if less dramatic, benefits would accrue from dredging waterways, repairing dams and locks, and other projects.

What Trump doesn’t get about air traffic control

The second unique contribution is a direct impact on marginal participants in the labor market. Much about the “jobs” impact of the agenda is overstated and oversold. After all, the United States has an unemployment rate of 4.3%, so there is likely to be little impact of any policy initiative on employment. The administration, however, is promising, “The President’s plan will also make America ready for the future with a work-force training initiative focused on skill-based apprenticeship education.” Specifically, the plan calls for 1 million apprenticeships over the first two years, most likely to be concentrated in construction and manufacturing.

It is an open research question just where, and how many, individuals are discouraged, marginally attached to the labor force or simply lacking the skills for the jobs in their local labor market. But there is broad agreement the United States falls somewhat short on programs that provide an effective way to get low-skilled individuals into a job.

Apprenticeships are ideal for this, especially the market-driven, short-term internships offered by the private sector. (There is a slower, more rigid four-year track certified by the Department of Labor.) The Trump apprenticeship initiative will not move the top-line labor market measures one iota — 1 million apprenticeships pales in comparison with the 159 million in the civilian labor force. But apprenticeships are unique in their ability to help the hard-hit, low-skilled population directly.

An infrastructure program can be a valuable component of a pro-growth policy stance, but only if it is done right. The relentless focus on a “$1 trillion infrastructure program” puts spending money as a greater priority than getting the actual work done. That’s a mistake. And there is always the chance the federal dollars will get hijacked and wasted by big-city progressive mayors, which will not improve national connectivity or economic performance.

The President’s infrastructure program has been launched, and more details will be forthcoming. And the stakes could not be higher. Will this be a uniquely productive moment in the history of public works? Or will this be another episode of promising too much, too fast in return for writing a federal check for infrastructure? I can only hope it is the former.