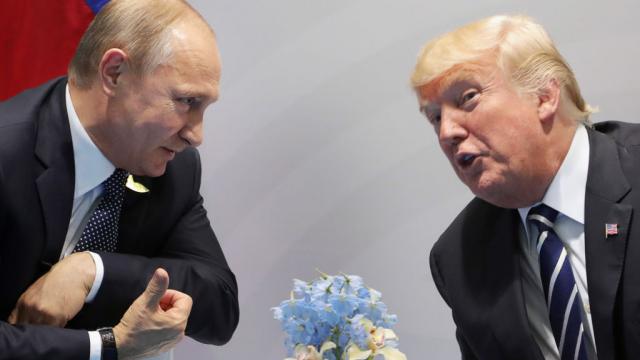 The law of unintended consequences is a very real concern as House leaders consider new Russian economic sanctions legislation. A growing number of U.S. businesses are taking a closer look at a curious provision in the current draft that could actually advantage those we’re trying to punish (in this case, Russia) at the expense of our own businesses here at home.

Thanks to policies imposed by Congress in 2014, U.S. companies are already barred from doing business with sanctioned Russian companies operating in Russia—there’s no problem there. But this latest package seeks to expand that prohibition worldwide—essentially preventing any U.S. company from operating anywhere where a Russian company may also be present or have a small partnership stake in a larger project.

Plenty of media reports over the past two weeks have referenced the potential negative impact that this would have on U.S. energy producers. Richard Sawaya of the National Foreign Trade Council estimates the provision in question could force American companies to exit more than $100 billion worth of offshore oil and gas projects worldwide. Other analysts have identified specific projects in which U.S. companies are involved in countries as far-flung as Brazil, Mozambique, Kazakhstan, and Vietnam that could be placed at risk under the current version of the bill.

But it’s not just energy companies that could be shut out of these important activities. Thomas Pyle, who led the new administration’s agency transition team at the Energy Department, notes the potential for this legislation to affect companies that both contract with oil and gas producers, as well as others that have significant and long-standing business relationships with Russian firms on their own—everyone from Caterpillar to PepsiCo.

In short, the energy sector is so heavily engaged with and intertwined in other areas of the economy that few companies or sectors would be immune. Everyone from medical equipment suppliers to software producers to food services companies—all of these sectors service the oil and gas industry, and many of the largest happen to be based in the U.S.

That is why the current sanctions bill could be so detrimental to the economy. What if General Electric were prevented from providing machinery to hundreds of individual oil and gas projects around the world? What if big American hotels like Marriott and Hilton couldn’t host conferences that Russian companies wanted to participate in? What if American producers of life rafts, helipads, and safety equipment could not sell those products to consortia that included Russian companies?

Ultimately, because of how the legislation is currently written, Russia may have more influence over where we do business than our own government does. If the Kremlin wanted to block American companies from doing business somewhere in the world, all it would need to do is direct its state-owned companies (Gazprom and Rosneft) to get involved in those projects; even a percentage stake as high as 1% would be enough to force U.S. companies to exit. This is exactly the opposite outcome that sanctions are meant to produce. Sanctions should be designed to limit the opportunities available to our foes, rather than limit our own opportunities to compete with and beat them in global markets.

While there may be no such thing as a perfect sanction, surely Congress can do better. No one votes for a representative to go to Washington in order to approve an obviously job-killing measure such as this.

Thankfully, there is still time for better sanctions to be written, hopefully before Congress leaves for the August recess. The House has an opportunity to scrutinize the sanctions legislation and ensure that it is beneficial to American companies, not detrimental to them.