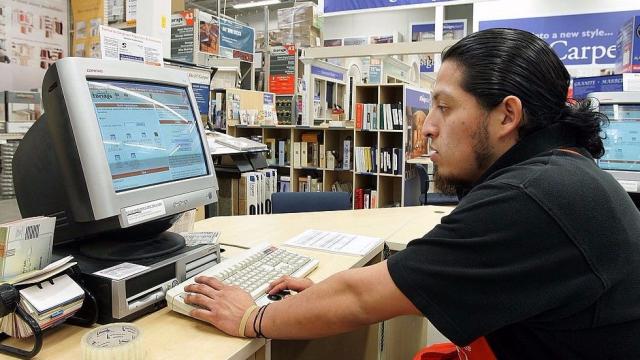 The one thing President Trump, Democrats, the chattering class and, most importantly, the American public can agree upon is the need for higher U.S. economic growth. An analysis from June 28, Latino GDP Report, highlights the Latino contribution to the U.S. economy. It provides helpful insight to our country’s challenge of creating greater economic growth.

For once economists all agree: It’s because of a slowdown in both productivity and labor force growth. Just see On the Prospects for Higher Economic Growth, from July 17, written by President George W. Bush’s former Chairman of the Council of Economic Advisers (CEA) R. Glenn Hubbard and Under Secretary of the Treasury John Taylor, and their colleagues.
Or, look at “The Economic and Fiscal Benefits of Pro-Growth Policies,” a June 7 congressional testimony by Jason Furman, who was also a CEA chairman but for President Barack Obama. (Disclosure: All three economists serve on the ACCF Center for Policy Research Board of Scholars).

Here’s why the Latino GDP report is fascinating: It provides data that within the U.S., there is a subset of the population, diverse in education, occupation and other relevant characteristics that produces impressive GDP growth.

The growth rate: At 2.9 percent, the Latino Compound Annual Growth Rate (CAGR) of GDP between 2010 and 2015 was the third-highest growth rate in the world, behind only China and India. It was nearly 70-percent higher than the non-Latino U.S. GDP growth rate of 1.7 percent. The report also concludes that if these rates are sustained, Latinos will contribute nearly one-fourth of all U.S. GDP growth between 2019 and 2020.

The labor force component of economic growth: Latinos are the major component of growth of the U.S. workforce. While the non-Latino workforce shrank by about 4,000 workers between 2010 and 2015, the Latino workforce grew by nearly 2.5 million, making possible an overall increase of 2.4 million in the U.S. workforce, ages 24 to 64. Workforce participation is becoming increasingly important for economic growth. In 2015, participation stood at 90 percent for young male mature workers aged 25 to 49 but lower, 82-86 percent, for non-Latinos in this category.

An educated workforce to get GDP growth note: According to the study, the Latino college graduate population, ages 20 to 24, grew by 40.6 percent between 2010 and 2015, compared to 13.6 percent for the non-Latino population in the same category.

Dispelling of myths about Latino Americans: In 2015, a super-majority (80.8 percent) of all Latinos were citizens, either U.S.-born or naturalized. Young Latinos are 25 percent of the post-millennium generation and virtually all are U.S. citizens. Undocumented Latino immigrants are a small but essential component of the American economy, critical to our agriculture production, which, in turn, is important for lower food prices.

Of course, unsaid is the magic bullet to get the rest of the U.S. to produce those good economic numbers, like our Latino brethren. Our two former CEA chairs differ on whether the U.S. can get to 3-percent annual economic growth. Hubbard believes we can, Furman says unlikely and then there is disagreement over the relative effectiveness of our available economy policy levers — fiscal, regulatory or monetary, or trade and immigration policies to make the GDP great again.

You come to your own conclusion, but figuring out how Latino GDP growth got to where it is should certainly be worth a close look.