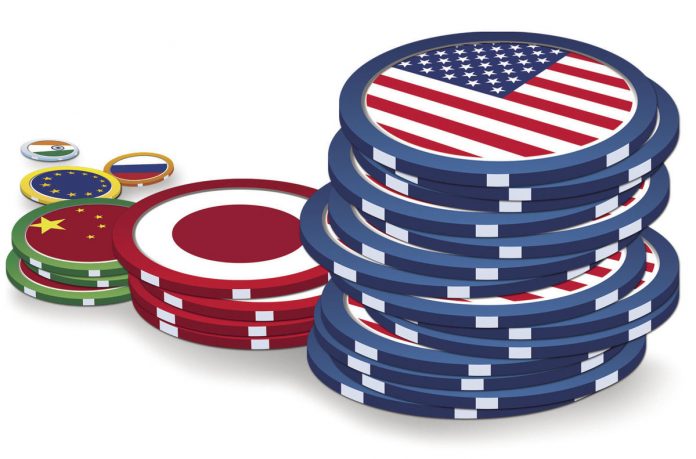 After months, years, and even decades of policy stagnation, it appears that tax reform has finally found itself near the top of Washington’s to-do list.

For taxpayers across the United States, from individuals and families to businesses of all sizes, progress can’t come soon enough. Saddled since 1986 with one of the world’s most onerous, complex, and costly tax systems, Americans are ready for reform.

President Trump, who recently took his pitch for pro-growth reform to energy-rich and economically booming North Dakota, appears to share the urgency and is in the midst of a full-scale effort to spur his allies in Congress to action in pursuit of his vision of reform.

Speaking to the crowd, President Trump promised to restore America’s competitive edge globally through comprehensive tax reform by, among other things, cutting tax rates significantly and paving the way for American companies to bring trillions of dollars in wealth currently parked overseas back to the United States for investment.

The concepts pursued by President Trump and under development among congressional Republicans have merit and, if enacted, could boost American competitiveness and significantly increase capital investment here at home.

First, the plan is worthwhile because it represents fundamental and permanent tax reform rather than the piecemeal policy changes that have previously dominated tax talks.

The plan reduces tax rates considerably, and even if Trump and Congress have not yet agreed on the depth of the reduction, the net impact is clear: lower tax rates, for individuals and businesses, reduce the cost of capital — spurring investment, stimulating spending by individuals, increasing economic growth, and expansion among businesses.

The second important consideration of the plan being pitched by President Trump is the shift from our current “worldwide” system of taxation to a “territorial” system. This policy change focuses on modernizing the way in which the American tax code treats income earned by American companies in foreign countries.

To call our current system outdated and uncompetitive may be too generous. The United States is currently the only G-7 nation to employ a worldwide system of international taxation. Under our current tax code, companies headquartered in the U.S. are subject to American income taxes even when the income is earned overseas. This burden is in addition to the tax payment also due to the host government — the tax jurisdiction in the nation where the income was earned.

From a purely competitive standpoint, this dynamic leaves American companies — especially multinationals competing with foreign companies — exposed to a tax burden their competitors don’t have to reckon with. The territorial system used by a majority of our international counterparts limits the tax liability faced by a company to the jurisdiction in which the income was earned.

In shifting to a territorial system, tax reformers could eliminate one of the most harmful aspects of our current tax code: It would remove the incentive for American companies to hold cash overseas to avoid tax harm here at home or, worse yet, to pursue a corporate inversion, uprooting their headquarters and relocating to friendlier tax jurisdiction.

Past tax debates have circled around the concept of a repatriation holiday — a temporary move that would enable American multinationals to bring income back to the United States for reinvestment without the tax hit associated with our current system’s treatment of overseas earnings. While sound in intent, such a move doesn’t go far enough — it is a temporary fix.

Third, equally laudable, is the proposal, at least from congressional leadership, to employ a split rate for permanently re-invested foreign earnings. This element is more arcane than a simple rate reduction but no less critical to the ability of American companies to reinvest here at home.

By taxing non-cash holdings at a lower rate than cash assets, the reform plan would reduce the proposal’s onerous impact on companies that re-invested overseas for non-tax reasons.

Tax reform cannot be temporary, and it cannot be defined by isolated or piecemeal tweaks that leave the fundamental problems with our tax code unsolved. If President Trump’s remarks in North Dakota are an indicator, Washington agrees with this sentiment and is ready to commit to tax reform that’s built to last.

In adhering closely to the goals of making our tax system more conducive to capital investment, better suited to job growth, and less costly for taxpayers, lawmakers have an opportunity to make a real difference for our nation’s economic future. This fall, lawmakers should not pass up this opportunity.