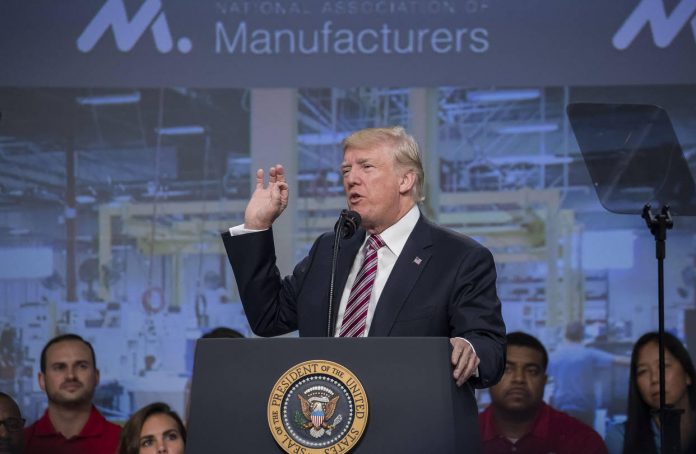 President Trump has wisely pivoted to tax reform. Success would boost economic growth toward 3% a year, and millions of Americans would see their incomes rise. But discussion of reform’s growth benefits is getting short shrift relative to critics who fail to grasp economic changes.

I left the Treasury Department almost 25 years ago with “broaden the base, lower the rates” emblazoned on my office blackboard. That was the hallmark of the Tax Reform Act of 1986, which lowered marginal rates on corporate and household income while broadening the tax base. The basic message remains sound, though its implementation is tough, as the authors of Mr. Trump’s ambitious tax framework are discovering.

“Broaden the base, lower the rates” is a statement about means, not ends. The principal goal of tax reform is to promote economic well-being—investment, productivity and wages—and debate should center on improvement in well-being. Instead, some critics are weighing in with little realization of the economic shifts since the 1986 reform, as well as with unfair claims about budget and distributional consequences of reform.

The Trump framework acknowledges three important economic shifts. First, global competition for corporate capital has intensified. The U.S. leaves itself disadvantaged with one of the highest corporate tax rates in the world, more than 10 percentage points higher than the median among members of the Organization for Economic Cooperation and Development. The heavier burden discourages companies from investing, hiring and even maintaining their headquarters in the U.S.

Second, much of the burden of the corporate tax is borne not by owners of capital (the professional wisdom in 1986), but by workers, as wages are held back by tax-induced underinvestment and insufficient productivity growth.

Third, business activity in the noncorporate sector has grown in size and importance, and higher marginal tax rates have raised the tax burden on those businesses’ investment and hiring. Ignoring noncorporate business in tax reform makes little sense, as advocates of business-level tax reform have long emphasized.

But the Trump plan also faces key challenges that have dogged reform efforts since 1986, namely assuring that cuts in marginal rates do not exacerbate structural budget deficits and addressing critics’ charges that lower marginal rates on business income are a “tax cut for the rich,” paid for by soaking homeowners or residents of high-tax states.

Start with the budget. Another post-1986 lesson is that serious business tax reform with significant cuts in tax rates is difficult without a new revenue source. Globally, tax reforms have used higher tax rates on consumption to enable lower tax rates on corporate capital. The House Republicans’ “Better Way” plan used a border adjustment tax consistent with consumption taxation to fund rate cuts. The Trump framework would reduce corporate preferences, but would rely as well on limits on individual deductions, including elimination of the state and local tax deduction. Getting to revenue neutrality for the overall plan will likely require a combination of higher-than-proposed tax rates—including a surtax on very high incomes—and proper accounting for gains in tax revenue from higher economic activity and incomes.

This accounting is important for lawmakers to see—not only to estimate more accurately the revenue cost of tax changes but to assess the plan’s overall economic effects. An analysis of the House GOP Better Way plan by Alan Auerbach of the University of California, Berkeley and Laurence Kotlikoff of Boston University, for example, concluded that wages would increase by 8% as a result of that tax reform. Other experts estimated that the 2005 plan offered by President Bush’s Advisory Panel on Tax Reform would raise GDP by 5% over several years. These effects are large, while criticism from the Tax Policy Center oddly assumes no growth whatsoever—and why enact tax reform at all in that case? As with the other plans, the Trump framework offers economic gains from lower business tax rates, a competitive territorial tax system for multinational companies, and more-favorable treatment of business investment in plant and equipment.

Now to distribution. The “tax cut for the rich” claim reflects at least three errors. The first and most basic is to ignore the effect of reform on wages and incomes. Conventional distributional analysis of tax changes pays little attention to gains in income. The second arises from failing to consider the share of the U.S. corporate tax burden borne by labor—60%, according to my own research. The third comes from critics filling in gaps in the framework with questionable assumptions. The Trump plan does not specify the surtax on high-income individuals, a complete description of how deductions would be limited, or the income levels at which tax brackets would kick in. As with attacks on Mitt Romney’s 2012 tax-reform plan, this lack of detail allows critics—notably the Tax Policy Center, then and now—to argue that the tax plan cannot be distributionally neutral. Such a charge was false with the Romney plan, as economists Martin Feldstein and Harvey Rosen observed at the time. It is surely irrelevant for the Trump plan until the level of a surtax and limits on deductions are set and until the treatment of accumulated capital gains at death if the estate tax is repealed is determined.

Defenders of special-interest provisions will argue that they are worse off from tax reform. The National Association of Realtors commissioned a study to show that eliminating the deductibility of state and local taxes would reduce housing prices and make homeowners worse off. But their study assumed no effects on growth or wages from tax reform. And households will demand local public services efficiently when they pay the full cost of those services, rather than have it offset by a reduction in their federal taxes.

It is time to cut through this fog of criticism. At this stage, the tax-reform debate should not be reduced to a fight over particular provisions. The central question should be: Does real tax reform with enhanced and broader prosperity trump the current structurally weaker economy with a broken tax code? The answer is yes.

A Conservative Economics of Dignity