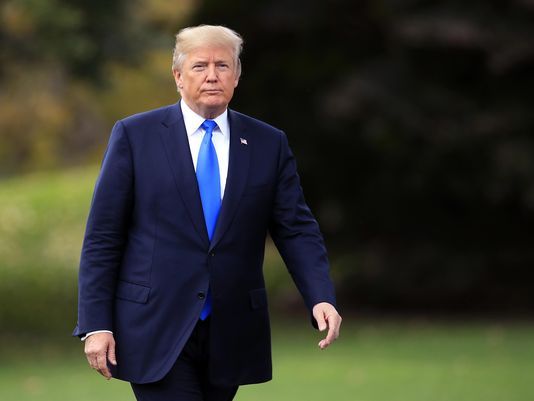 Published in The Detroit News

Over the past several years, Michigan’s economy has been a bright spot amidst an overall stagnant national economy. Its latest unemployment rate was far below the national average, standing at 3.9 percent. Some call Michigan a “comeback state” and they have a point. Eight years ago, the state’s unemployment rate stood at nearly 15 percent. The Great Lakes State has since benefited from a diversified economy, ranging from a flourishing technology industry to more traditional manufacturing sectors.

For everyone rooting for Michigan to continue its upward trajectory, there might be some good news in the near future. In late September, details of President Donald Trump’s push toward comprehensive tax reform came into much sharper focus. The latest Trump administration and congressional tax reform framework would enact a number of important reforms to kick-start the U.S. economy and push growth in Michigan further. Critical among these reforms is lowering the corporate tax rate to 20 percent, nearly half of the current combined federal and state statutory rate of 39 percent.

Why are low corporate rates so critical to the Michigan economy and the U.S. in general? For starters, while high corporate taxes hurt businesses of all sizes, they also have a strong impact on workers. Today’s exceedingly high corporate tax rate is essentially a tax on workers in Michigan and across the nation. The Congressional Budget Office, for example, estimates that labor bears 70 percent of the burden of our high tax rate.

The plan also includes lower rates for small businesses, with the top rate going down to 25 percent. The full overhaul of tax code on the business side is definitely the right approach. The plan also transitions the U.S. to a “territorial” system of taxation that avoids double-taxing U.S. companies. This reform is critical to maintaining the competitiveness of Michigan’s international businesses, including companies such as Fiat Chrysler and General Motors that have a presence in overseas markets.

There are also favorable provisions, such as full expensing, that will increase investment in the economy and boost productivity for U.S. workers. The plan will preserve the tax breaks for research, which no doubt will continue to help Michigan’s tech industry.

On the individual taxpayer side, the proposal calls for shrinking the number of individual tax rates from seven to just three — with tax brackets of 12, 25 and 35 percent — and doubling the standard deduction to $24,000 for married couples and $12,000 for single filers. Other reforms include doing away with the estate tax and altering the kinds of itemized deductions allowed under the tax code. Together, these reforms present a strong approach to pointing our tax code in the direction of growth.

All these reforms could inject new life into American businesses and help American households through higher wages and new jobs. According to Tax Foundation analyses of earlier congressional proposals, which are similar to the latest framework, comprehensive tax reform would generate $22 billion in net tax relief for Michigan, add 50,337 jobs to the state’s employment rolls, and create an estimated after-tax gain of $4,716 for the median Michigan household.

To be certain, though, the path to comprehensive tax reform won’t be easy. Congress must first pass a budget before tax reform can take center stage. Voices from both sides of the aisle are likely to call for meaningful changes to the latest tax reform framework. Nonetheless, it is critical that Congress undertake the task of fixing a clumsy and outdated tax code that hasn’t been significantly changed in over thirty years.

President Trump and Congress have much to do before tax reform becomes a reality. However, recent revelations have set the stage for making fundamental tax fixes that will help American workers in a real way, keep the Michigan on an upward trajectory, and get the American economy back on track again. Our leaders must get the job done.