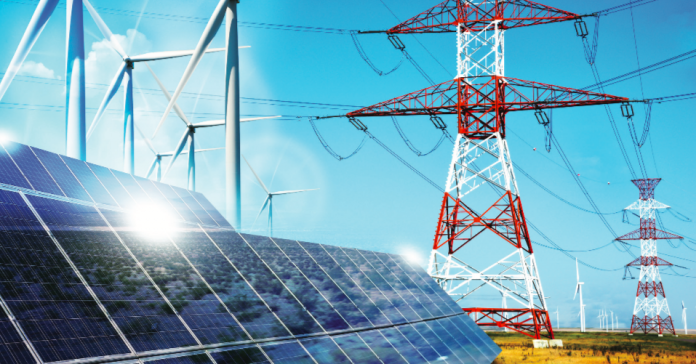 The tax reform plan released by the White House and congressional Republicans could provide a substantially better climate for private sector research, development, demonstration and commercialization of new energy technologies. A new American Council for Capital Formation Center for Policy Research (ACCF-CPR) special report, Tax Reform and Clean Energy R&D, released today finds that the combination of lower taxes on corporate profits and investment income, and preservation of existing credits for research and development (R&D) will be particularly important for the development of advanced and cost-effective clean energy technologies. This includes renewables, nuclear power, improvements in energy efficiency, carbon capture and sequestration, and natural gas as a substitute for more carbon-intensive fuels. The ACCF-CPR report conducted by former NERA Economic Consulting Senior Vice President W. David Montgomery, Ph.D. provides a qualitative provision-by-provision analysis of the Brady-Ryan plan, the framework on which the current tax reform proposal is based.

“The tax reform package on the table is purposely designed to increase investment across the board. Higher rates of investment and faster turnover of the capital stock would increase the opportunities for adoption of new technology, in particular clean energy technology,” Montgomery said. “It recognizes the importance of research and development to the American economy and singles out business credits for R&D as one of the few that should be preserved in the overall tax reform effort.”

Montgomery notes that tax reform would improve the investment climate in at least three direct ways:

The report also notes that any elimination of wind and solar incentives would diminish preferences given to those fuels over other clean fuels and fossil fuels. However, these changes would be accompanied by elimination of tax incentives for oil and gas production and for the coal industry that have often been cited as the reason for extending special tax treatment to renewables. The changes are unlikely to reduce currently projected solar and wind investments, which are just sufficient to meet mandated levels of renewable generation.

The report further notes that current tax credits for renewables could be expanded to other investments that reduce greenhouse gas emissions, and the size of the credits could be tied to their relative effectiveness in reducing those emissions. This is particularly important because existing tax incentives apply only to renewables, but natural gas, nuclear power, carbon capture and sequestration and energy efficiency could all lower CO2 emissions relative to current uses of petroleum and coal.

Montgomery notes that lower tax rates improve the expected return from all investments, including R&D and clean energy production. Extension of expensing to all investments would likely improve the after-tax rate of return on clean energy investments, which tend to have longer payout periods than most. And elimination of the bias toward debt financing provides advantages to new companies with heavy R&D expenditures or riskier investments in development and commercialization of new technologies. Unfortunately, the most recent tax plan provides less investment stimulus than the original Brady-Ryan plan. Although it has the same reduction in corporate tax rates, the new framework waters down expensing and only partially eliminates the bias toward debt.

Most critically to R&D, the new framework drops the controversial border adjustment that was a central feature of the Brady-Ryan plan. The border adjustment would have eliminated any incentive U.S. companies might have to perform R&D or own patents in foreign countries that offer lower tax rates. Enhancement of the R&D credit or preferential tax rates for income from intellectual property may be necessary to fill this gap.

“Achieving proposed goals for global greenhouse gas emissions will require massive investment worldwide in new, low-carbon energy. Unless new and better clean energy technologies are developed, most of those goals will be prohibitively expensive to achieve. Incentives created through tax reform would help facilitate development and deployment of new energy technologies,” Montgomery concluded.

“A tax code that encourages and facilitates innovation is the best path to economic growth,” said ACCF-CPR Chief Economist Pinar Çebi Wilber. “We hope lawmakers will recognize the importance of R&D tax incentives and will find this report valuable as they come to a consensus on tax reform.”

The American Council for Capital Formation Center for Policy Research is a nonprofit, nonpartisan economic policy organization dedicated to the advocacy of pro-growth tax, energy, environmental, regulatory, trade and economic policies that encourage saving and investment.
###