Home ACCF Scholars How to Improve the Trump Tax Plan 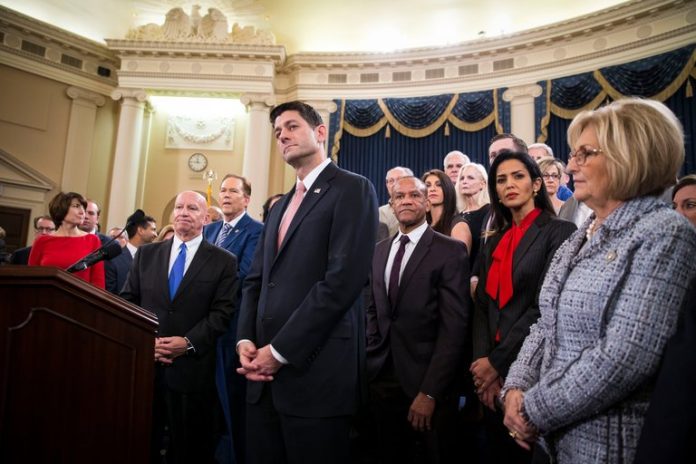 Let’s talk taxes. The business tax plan being promoted by President Trump, and its close cousin released by House leadership this week, start with a good idea but then descend into an unworkable mess. Fortunately, the flaws can be fixed, if policymakers are willing to be bold.

The centerpiece of the Trump plan and the House bill is a cut in the tax rate on corporate income to 20 percent from 35 percent. This idea is eminently sensible.

Many economists believe the corporate tax is a bad way to fund the government. That is, compared with other taxes, it generates a lot of economic harm for each dollar of revenue it raises. Some economists go so far as to recommend that the tax on capital income should be zero.

The case is especially compelling once we recognize that we live in a world where capital flows from country to country, seeking the highest after-tax return. Most other nations have lower corporate tax rates than the United States, and the trend around the world in recent years has been to reduce corporate taxes. When a multinational company is deciding where to put its next capital project, the corporate tax is one factor affecting its decision.

There remains debate among economists about the size of the wage gains. But most agree that wages would increase and that the effect would grow over time. That is probably one of the reasons, back in 2012, for President Barack Obama’s proposal to cut the corporate tax rate.

So far, so good. Yet a problem with the Trump plan starts to become apparent when one notices an inconvenient fact: Not all businesses are corporations.

Many businesses, especially smaller ones, are organized as pass-through entities. This means that these businesses do not pay taxes on their own. They instead attribute their income to their owners, who report this business income on their personal tax returns. Such tax treatment applies to sole proprietorships, partnerships and subchapter S corporations.

Mr. Trump’s tax writers concluded, again quite sensibly, that it is not good policy to give a big tax break to conventional corporations without doing something similar for pass-through entities. Concerns about both equity and efficiency suggest trying to maintain a more level playing field between these two forms of business organization. So the Trump plan proposes a maximum tax rate of 25 percent for the pass-throughs.

Here is where the problem arises. Once the pass-through rate is substantially below the tax rate for high-income wage earners, those wage earners have an incentive to reorganize themselves as pass-throughs.

Consider, for example, a physician employed by a hospital. She would have an incentive to quit and then sell her services back to the hospital as a freelance doctor. She performs the same services and receives the same payment. But now she is a sole proprietor rather than an employee, saving a substantial amount in taxes. (Disclosure: I am a freelancer for The New York Times, so my “writing business” might qualify, too.)

The Trump tax team says that it will write regulations to preclude this kind of tax avoidance (and the House bill includes some rules to mitigate the problem). But the task will be difficult at best and perhaps impossible. At the very least, such regulations would further complicate a tax system that is already too complex.

This solution has two obvious problems of its own, but both of these can be solved.

The first problem is that the cuts I am suggesting would lose too much revenue. Yet the government can start raising revenue with other, better tax instruments. My first choice would be a tax on carbon emissions, which would both raise revenue and address the challenge of climate change. A close second would be a broad-based tax on consumption, such as the value-added taxes used in many other countries.

The second problem is that, depending on your political philosophy, my proposals might be seen as insufficiently redistributive. In other words, they wouldn’t do much, in themselves, to address wealth and income inequality. But redistribution can be added back in various ways.

One would be to expand the earned-income tax credit and the child tax credit, which benefit lower-income families. Another, more radical idea would be to use some of the revenue from the carbon tax and consumption tax to offer all Americans a monthly lump-sum dividend, along the lines of a universal basic income.

O.K., O.K., I know that I have now come a long way from the Trump plan. And I know that, given the dysfunction in Washington, what I am proposing is a political nonstarter right now.

But policymakers and voters should keep their eyes on what a better tax system might look like. Mr. Trump is right that the current system is in desperate need of repair and that sensible reform could simplify our lives, promote economic growth and benefit all Americans. But I fear that what he is offering, while attractive in some ways, is not bold enough to get the job done.

Gregory Mankiw is the Robert M. Beren professor of economics at Harvard University. He was an adviser to President George W. Bush.