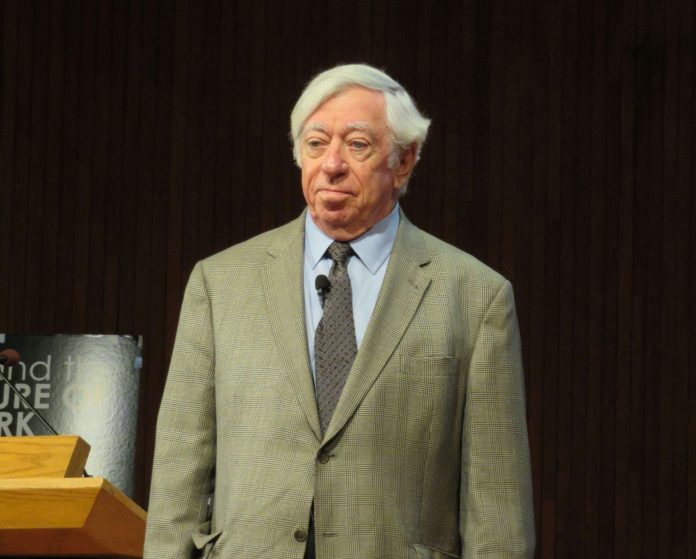 Robert Gordon, Professor of Social Sciences at Northwestern University and author of The Rise and Fall of American Growth: The U.S. Standard of Living since the Civil War, gave a presentation in which he stated that there is absolutely no evidence that AI will create mass unemployment.

Gordon said that no invention in the 250 years since the first industrial revolution has caused mass unemployment, and that though jobs are constantly being destroyed, they are also being created in even larger numbers. He said there is enormous churn in the job market, and that at present there is actually a shortage of workers, not a shortage of jobs, which is true even in fields such as construction, skilled manufacturing, and long-distance truck driving.

Gordon said concern over the quality of jobs is also “nothing new,” but said that over the past decade more good jobs than bad jobs have been created. He said concern over rising inequality has been “a familiar theme for 40 years.” The new concern, he said, is the decline of labor’s share of income in the economy, but he believes this has “nothing to do with AI.”

When people talk about AI and robotics as set to impact jobs in the future, Gordon said, they tend to forget that talk about the impact of robotics and AI is not new. We’ve had robots since 1961, he said, mainly in use in manufacturing, and mostly for autos. Since then we have seen some areas with severe job displacement—airline and hotel reservation systems, for example, which have largely replaced travel agents—but that mostly the impact has been minor.

Gordon noted that the area with the most AI spending has been marketing, yet marketing analyst jobs have flourished.

Gordon showed several graphs demonstrating that where some jobs have been displaced, others have been created. He pointed out that there are now more bank tellers than there were when ATM machines were introduced, and talked about how while we have seen job losses in traditional “brick and mortar” retail stores, we have seen even more growth in e-commerce jobs. Finally, he noted that while we have 1 million fewer bookkeepers and clerks since the introduction of the spreadsheet, we have 1.5 million more financial analysts.

To sum up, he said that it’s very easy to predict the jobs that will be destroyed, but much more difficult to anticipate the new jobs that will be made possible. Looking ahead 20 years, Gordon said AI will displace some jobs, adding to labor market churn. But, in terms of its effect on jobs, “AI is nothing new.”

A Conservative Economics of Dignity