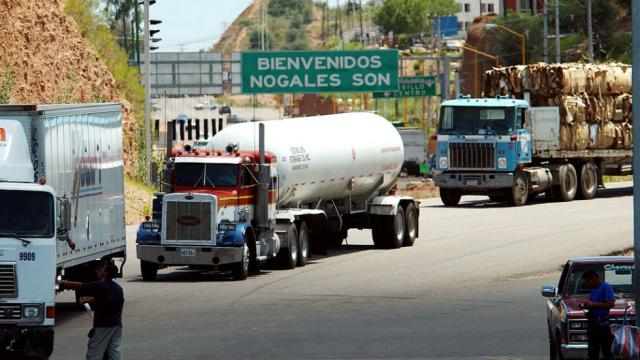 American businesses, big and small, started the New Year with renewed hope after long-awaited comprehensive tax reform became a reality in the final days of 2017. The goal of the reform was to create an environment that is conducive to more investment and, ultimately, to business expansion and job creation.

However, it would be shortsighted to stop with tax reform if we really want to continue the current streak of good news on key economic indicators.

Yes, the revision of the tax code achieved some monumental changes that were positive for American businesses.
For instance, according to Organization of Economic Cooperation and Development (OECD) data, dropping the corporate tax rate from 35 percent to 21 percent moves the U.S. from the highest statutory corporate tax rate to 19th out of 35 OECD member countries. This alone provides an immediate boost for businesses and better aligns American firms with their competitors abroad.

Our new tax code also helps remedy a costly disadvantage for American businesses earning revenue overseas. Prior to tax reform, the U.S. was the only nation in the G7 to operate under a worldwide tax system, meaning that tax was imposed regardless of where revenue was earned.

This outdated tax approach was the minority among developed nations, most of which used the preferred “territorial” tax system that ensures taxes are collected only on income earned within a nation’s borders. As a result of tax reform, the U.S. joins 28 (out of 34) other OECD nations in using a territorial tax system.

By updating this approach to international earnings, the new tax law helps get rid of costly tax planning for multinationals aimed at avoiding high U.S. tax rates, which lock earnings overseas and reduce the incentives to move jobs and operations to more tax-friendly shores.

There are also important provisions for non-corporate businesses. In general, owners of businesses organized as S corporations, partnerships or sole proprietorships are allowed a deduction equal to 20 percent of their share of the income of these businesses (with certain limitations), meaning they now will pay a marginal tax rate of less than 30 percent.

While the deduction is phased out for owners of certain service businesses with taxable income in excess of $157,500 ($315,000 for married couples), it will provide much-needed relief for many small-business owners.

Combined with provisions that allow businesses to immediately write off the full cost of new equipment for five years, these helpful reforms will help create new jobs, put more money into the hands of workers and simplify a tax code that has been notoriously burdensome.

This is all good news for businesses. Lawmakers and President Trump should be commended for working hard to ensure that Main Street businesses and entrepreneurs remained in the bullseye of the new tax law, given their vital role in fueling the everyday life of our economy.

When small businesses and entrepreneurs win, we all win. But we should also remember that demand for products and services is required to encourage businesses to invest. Here, it is important to continue the streak of successful, pro-growth policies by focusing on other policy areas.

For example, U.S. trade policy has been in the spotlight since the beginning of the Trump administration. Unfortunately, the pro-growth approach to tax reform does not seem to be part of the trade agenda.

First, the administration pulled out of the Trans-Pacific Partnership, which could end up being one of the most important multinational trade agreements, and is now threatening to pull out of NAFTA, which is widely-viewed among trade experts as a positive for the overall North American economy.

These policy moves are shortsighted given that 95 percent of world’s consumers and 80 percent of world’s purchasing power is located outside the United States. Tax policy helps our companies to be competitive, but you need to have a strong consumer base and freer trade to maximize the effect of the tax reform.

Another important policy lever the administration can use is infrastructure investment. According to the American Society of Civil Engineers’ 2017 Infrastructure Report Card, our overall infrastructure gets a grade D+, which indicates a condition ranging from fair to poor and mostly below standard, with many elements approaching the end of their service lives.

It is painfully obvious that the U.S. has subpar investment, and we need to address the issue as economically and efficiently as possible by taking a long-term view. This includes reforms to the whole system, from better outlining the goals of overall infrastructure investment to picking the best projects based on long-term goals and outcomes rather than short-term political gains.

Given the current financial realities, this will require a careful use of public funding as well as attracting as much private financing as possible. But successful infrastructure investment can provide a big boost for the U.S. economy both in the short and long run.

The tax reform victory is just the tip of the iceberg when it comes to stimulating growth in our economy. The promotion of free trade and infrastructure investment, along with meaningful regulatory reform, are other worthy policies that the Trump administration should advance this year to finally catapult the U.S. past its global competitors.