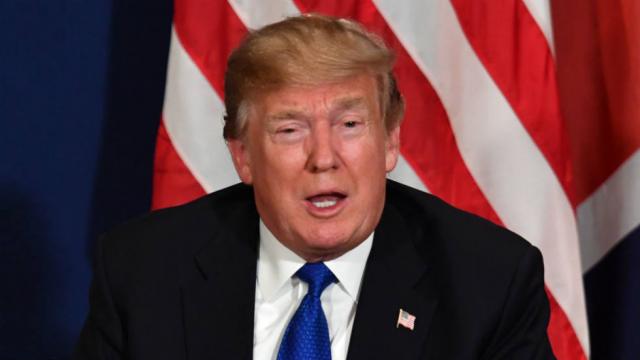 When German professor Klaus Schwab organized a meeting of European business leaders to discuss global management practices in Davos 47 years ago, it is doubtful that he envisioned it turning into a glitzy annual gathering of world business leaders, economists, politicians and celebrities brainstorming on the year’s most important global economic and political issues.

This year’s World Economic Forum is taking place in the midst of, in some sense, spiraling-down globalization, and it will focus on “Creating a Shared Future in a Fractured World.”

I use the words “in some sense,” because we are witnessing interesting times: Prior to the Trump administration, the U.S. had been the flag bearer for global economic and security cooperation. When President Trump gives his closing remarks Friday at Davos, according to sources, his theme will be “America First.”

Armed with his tax reform win and recent protectionist decisions on trade, he will be promoting his policies to strengthen American businesses, American industries and American workers.

It will be interesting to see how the president will frame his winning domestic message in front of an international audience that has often been blamed by the president for unfair trade practices and for not paying their fair share in international cooperation. Critics may very well point out such hypocrisy, though President Trump has every right to prioritize America’s interests.

On the other hand, similar to last year, there are countries that will try to fill the void created by the lack of U.S. leadership in the international arena and compete for much sought-after international capital to grow their economies.

President Xi Jinping of China showcased his country in 2017. This year, it was Indian Prime Minister Narendra Modi’s turn to give the opening remarks for the conference. It is worth emphasizing that both countries’ leaders have embraced globalization and that Prime Minister Modi stated the eagerness of his country for inbound investment with the words “red tape out, red carpet in.”

This is a good reminder that every country, not just the U.S., is continuously working on various aspects of its economy to remain competitive. It also reminds us that the economic landscape is shifting each day.

Following that line of thought, there are other important developments, such as the Trans-Pacific Partnership (TPP), which is nearing the finish line. TPP, which will be the largest trade agreement ever, once looked like it was doomed but is now expected to be signed by early March, albeit, unfortunately, without the U.S. as a key partner.

The uncertainty created by the U.S. administration during the North American Free Trade Agreement (NAFTA) renegotiations is pushing our NAFTA partners to look at potential new markets, and TPP is a natural fit.

It would be shortsighted to think that Canada and Mexico would accept a NAFTA deal that would hurt their bottom lines given that their political leaders also have to answer to their domestic constituents. That day is close for Mexico, as it will have its presidential election in July.

We will see whether having other options available to Canada and Mexico will weaken the hand of U.S. negotiators during this week’s discussions in Montreal.

What do all these developments mean for the U.S.? With a growth rate above 3 percent and unemployment hovering around 4 percent, the U.S. economy looks stable. Stock markets responded positively to tax reform, but many analysts and businesses still seem to be uneasy about the economy.

The question in everyone’s mind is whether the administration’s success in the domestic policy arena will be able to overcome uneasiness about international economic policy over the long run. Studies show that economic nationalism can have profound negative effects, especially on foreign direct investment to emerging markets.

If the U.S. continues with its protectionist policies, we will have a natural experiment with world’s biggest economy. This impact could be amplified if U.S. actions trigger a trade war and set back years of good work on world trade.

If President Trump truly wants to ensure an “America First” economic agenda for American workers, he should welcome foreign investment and open trade with our allies. Strengthening and renewing NAFTA is a great place to start.

Davos could be a perfect arena for President Trump to ease some of these tensions and signal that the U.S. will continue to take a leading role in the global arena.

As Sen. Bob Corker (R-Tenn.) eloquently stated in one of the sessions, we hope the president will give “an explanation of America first that does not make it look as it is really America alone.”