Home ACCF Scholars How to grow the economy in 2018 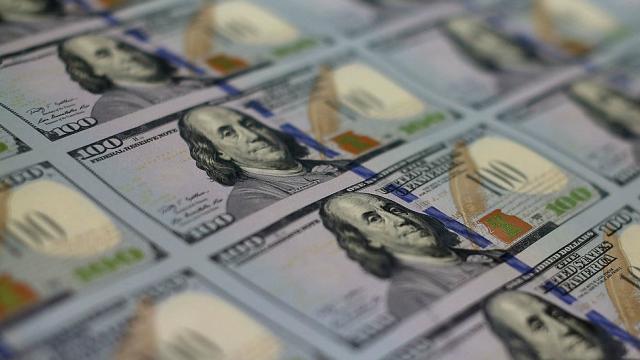 There is little debate that the United States needs faster economic growth. From the fourth quarter of 2015 to the fourth quarter of 2016, real gross domestic product (GDP) rose only 1.8 percent, while labor productivity grew only 0.9 percent. The fallout for American workers was devastating, as real incomes among those households who worked full time for all of 2016 saw no rise whatsoever in their real income.

Some of this can be traced to better policy. Since President Trump took office, he has brought the runaway regulatory regime to a screeching halt. The Federal Communications Commission has freed internet providers from the Obama administration’s anti-investment net neutrality rules. The Labor Department and National Labor Relations Board have deep-sixed damaging initiatives like the joint employer decision, overtime rules, snap elections, and micro-union rules.

The overreaching Waters of the United States rule will never see the Interior Department finish line. The Financial Stability Oversight Council has freed MetLife from its regulatory shackles and hopefully will soon do the same for Prudential. The Environmental Protection Agency has shelved the overly burdensome Clean Power Plan.

But the job is far from complete, especially as productivity growth remains at roughly 1 percent annually. For this reason, the centerpiece of the policy shift to a pro-growth stance is the Tax Cuts and Jobs Act. The business tax reforms at the core of the new law addressed the structural defects in business taxation that harmed U.S. growth and competitiveness.

The Tax Cuts and Jobs Act encourages businesses to innovate in the United States, to invest more — and more often — in the United States, and to keep their headquarters in the United States. The tax reform law also combines several features that should raise the quality and quantity of capital per worker, encouraging higher real wages for the middle class. These include preferential treatment for U.S.-based intellectual property that generates global returns, a shift to the global standard of territorial taxation, a lower and internationally competitive corporate rate, and strong investment incentives.

These reforms provide a foundation for better long-term growth in productivity and wages, which is the single most important way to improve the economic lives of the middle class. But the federal government is also at risk of taking steps in the wrong direction. Congress needs to raise the discretionary spending caps to ensure adequate support for national security.

Certainly, it needs to avoid further government shutdowns and continued wrangling over the budget for fiscal 2018. Instead it needs to settle the 2018 funding and turn to the more serious issue of putting the federal budget on a sustainable trajectory. The continued explosion of entitlement-driven deficits limits the pro-growth impacts of tax and regulatory reforms.

Indeed, the task immediately facing Congress and the president after funding the government is raising the debt limit. Failure to do that in a timely fashion would be a catastrophic anti-growth policy error that would damage the liquidity of Treasury securities, shake the foundations of the global financial system, and permanently raise the cost of U.S. borrowing.

The U.S. economy has grown since 2009 largely by putting back to work those harmed by the Great Recession. With unemployment hovering near 4 percent, there is little opportunity to continue to do so. Instead, the economy will need to grow by making every worker more productive and capable of earning greater wages. This is the task for 2018 and beyond.

Douglas Holtz Eakin is president of the American Action Forum. He previously served as director of the Congressional Budget Office under President George W. Bush from 2003 to 2005.