Home ACCF Scholars Why Economists Are Worried About International Trade 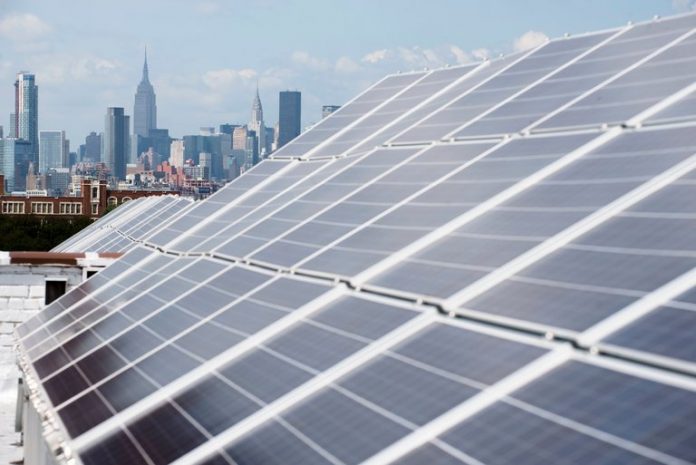 When President Trump imposed tariffs on imported solar panels and washing machines, I was reminded of a line from George Orwell: “We have now sunk to a depth at which the restatement of the obvious is the first duty of intelligent men.”

While Orwell’s comment was focused on military and political issues of the late 1930s, my subject is economics, and to most people in my field, the benefits of an unfettered system of world trade are obvious. Any good student of Econ 101 can explain the logic.

But in light of the growing evidence of the Trump administration’s apparent disdain for free trade, from the recent tariffs, to a report recommending fresh quotas or tariffs on steel and aluminum, to its earlier rejection of the Trans-Pacific Partnership, it may be worth reviewing the theory, as well as the evidence that convinces economists that the theory is right.

The place to start is 18th-century Scotland. Adam Smith’s book “An Inquiry Into the Nature and Causes of the Wealth of Nations” is often credited as the beginning of economics. The case for free trade is one of its major themes.

Smith argued that trade among nations is like trade among people. No one feels compelled to sew his own clothes and grow his own food simply to keep busy. Instead, we find employment doing what we do best and rely on other people for most goods and services. Similarly, nations should specialize in producing what they do best and freely trade with other nations to satisfy their consumption needs.

This argument was expanded by David Ricardo in the 19th century. Ricardo addressed the question: What if one nation does everything better than another? His answer was that trade depends on comparative advantage — how good a nation is at producing one thing relative to how good it is at producing another.

Ricardo used England and Portugal as an example. Even if Portugal was better than England at producing both wine and cloth, if Portugal had a larger advantage in wine production, Portugal should export wine and import cloth. Both nations would end up better off.

The same principle applies to people. Given his athletic prowess, Roger Federer may be able to mow his lawn faster than anyone else. But that does not mean he should mow his own lawn. The advantage he has playing tennis is far greater than he has mowing lawns. So, according to Ricardo (and common sense), Mr. Federer should hire a lawn service and spend more time on the court.

By the way, Ricardo was not merely a theorist. He was also a successful stock trader and a member of Parliament. During his political career, he fought for free trade, notably, by opposing the Corn Laws, which imposed tariffs on grain imports.

A skeptic might say that all this is just theory. Where’s the evidence?

One approach to answering this question is to examine whether countries that are open to trade enjoy greater prosperity. In a 1995 paper, the economists Jeffrey D. Sachs and Andrew Warner studied a large sample of nations and found that open economies grew significantly faster than closed ones.

A second approach is to look at what happens when closed economies remove their trade restrictions. Again, free trade fares well. Throughout history, when nations have opened themselves up to the world economy, the typical result has been an increase in their growth rates. This occurred in Japan in the 1850s, South Korea in the 1960s and Vietnam in the 1990s.

These results, while suggestive, come with a caveat. Trade restrictions often accompany other government policies that interfere with markets. Perhaps these other policies, rather than trade restrictions, impede growth.

To address this problem, a third approach to measuring the effects of trade, proposed by the economists Jeffrey A. Frankel of Harvard and David C. Romer of the University of California, Berkeley, focuses on geography. Some countries trade less because of geographic disadvantages.

For example, New Zealand is disadvantaged compared with Belgium because it is farther from other populous countries. Similarly, landlocked nations are disadvantaged compared with nations with their own seaports. Because these geographic characteristics are correlated with trade, but arguably uncorrelated with other determinants of prosperity, they can be used to separate the impact of trade on national income from other confounding factors.

After analyzing the data, Mr. Frankel and Mr. Romer concluded that “a rise of one percentage point in the ratio of trade to G.D.P. increases income per person by at least one-half percent.” In other words, nations should take the theories of Smith, Ricardo and Melitz seriously.

To be sure, expanding trade hurts some people in the short run, especially those in import-competing sectors who have to find new jobs. That fact may call for a robust safety net and effective retraining. But it does not undermine the conclusion that free trade raises average living standards.

That is the theory and evidence regarding international trade. I don’t expect this academic work to persuade Mr. Trump. But he is said to pay more attention to briefings that contain his own name. So let’s return to Adam Smith’s birthplace and ponder these questions:

Should we impose a tariff on Americans vacationing at Scotland’s Trump International Golf Links? Or should vacationers make their consumption choices free from the heavy hand of government?

Even my business-school students have doubts about capitalism