Home Economic Policy Look beyond the threat of steel tariffs to the 1.8 million jobs... 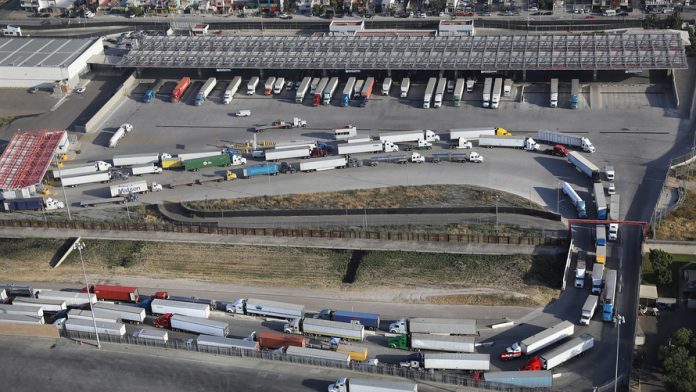 The seventh round of Nafta talks are under the shadow of President Trump’s plan to impose a 25% tariff on imported steel and a 10% tariff on aluminum. This throws another wrench into treaty negotiations already complicated by the U.S. stance on protectionism.

Even without these additional measures, terminating Nafta, as the president has threatened, could cost up to 1.8 million American jobs, based on economic modeling done by a number of experts. The number could be much smaller or larger depending on the assumptions made.

Here’s what you need to know in judging the different estimates.

The most recent comprehensive study, conducted by Joseph Francois of University of Bern and Laura M. Baughman of Trade Partnership Worldwide, shows that if Nafta is terminated and most favored nation (MFN) tariffs are imposed for U.S. trade with Canada and Mexico, anet 1.8 million U.S. workers would immediately lose their jobs across all sectors. U.S. economic output would fall 0.6% in each of the first five years after termination. The U.S. service sector would be hit the hardest, since it is the largest component of the U.S. economy.

Another study, conducted by ImpactEcon, an economic consulting firm, and using the same Purdue University model used by Francois and Baughman and the same MFN tariff rates, pegs the job loss at 1.2 million.

If the MFN tariff rates — essentially the tariff rates if the involved countries don’t have any other trade deal — are the same between these two studies, what drives a sizable 600,000 job difference?

My discussion with the modelers for the first study reveals the answer lies in what kind of market is assumed in the modeling process and what would be a good fit for U.S., Canada and Mexico trade.

The ImpactEcon study assumes perfectly competitive markets. Going back to Econ 101, perfect competition, in a nutshell, is based on firms selling identical products. Under perfect competition all firms are price takers and it is easy to enter and exit the market. However, the automobile industry, for example, doesn’t really fit that market structure. Production requires a large capital investment, and the size of production is important for bringing down costs.

If you relax the assumption of perfect competition, you get higher job-loss numbers.

In addition, assumptions about where tariff rates could settle if Nafta were to be terminated can impact the results. For example, François and Baughman look at a scenario where the countries pick the maximum tariff rates that won’t trigger WTO violations. Under that scenario, U.S. job losses would be 3.6 million.

These numbers would go down if we envision a scenario where U.S.-Canada trade relations revert to the Canada-U.S. free-trade agreement in place before Nafta and Mexico goes back to MFN rates.

There is also the issue of the Trans Pacific Partnership (TPP), expected to be signed by 11 countries in early March, including our Nafta partners. That agreement could divert Canadian and Mexican trade toward the new pact, thereby amplifying the economic burden of a possible termination of Nafta. As such, the U.S. job-loss numbers that have been reported in various economic studies could be much higher.

Could there be scenario where the U.S. ends up with job gains, rather than losses, if we chose to slightly update and modernize Nafta rather than terminate it? Of course. Although I am unaware of such an exercise, a modernized Nafta with important tweaks, such as provisions that hold state-owned enterprises to private commercial standards, increased free flow of digital commerce, or improved services trade, could bring about such an outcome. For example, this could include the termination of subsidies given to state owned enterprises that create unfair competition, which was underlined by a recent complaint of the United Parcel Service of America against Canada Post.

As this shows, any estimates of the size of the economic impact of terminating Nafta depend on the assumptions made. Models are simplified versions of reality, and there are a lot of factors in play.

However, there is one important point to remember: increasing protection through tariffs works like a tax on traded products, increasing the cost for businesses and, ultimately, for consumers. This decreases employment and economic activity. That would definitely be bad news for President Trump’s economic agenda and score keeping.