Home ACCF Scholars Trump’s tariff is the wrong way for trade enforcement — but there... 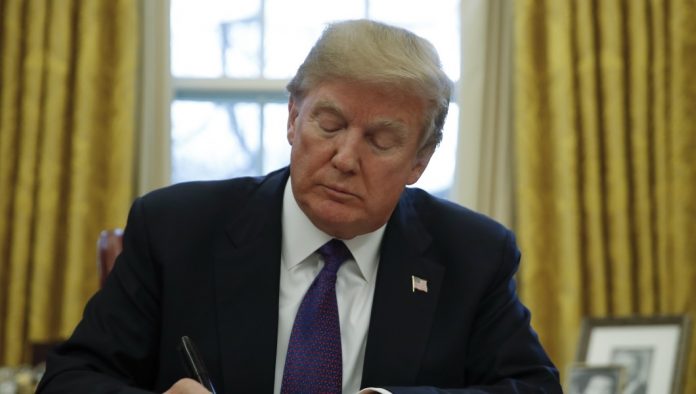 Americans have grown skeptical of trade agreements, despite the strong postwar record of their strategic and economic benefits. Too many believe that trade agreements simply allow other nations to take advantage of the U.S. by engaging in distorting subsidies, non-tariff barriers, and other violations of the spirit and letter of the agreements. This skepticism underscores the importance of strong trade enforcement by the federal government.

But while trade enforcement is vital, there are both right ways and wrong ways to enforce those agreements.

The wrong way has held center stage over the past weeks. President Trump has proposed imposing stiff tariffs of 25 percent on steel and 10 percent on aluminum. The putative justification for the tariffs is that inappropriate government subsidies have generated worldwide excess capacity, driving down steel and aluminum prices. The argument is that the oversupply supposedly endangers domestic producers and undermines national security.

But this is doubtful. A Department of Defense memo on the issues reads: “[T]he U.S. military requirements for steel and aluminum each only represent about three percent of U.S. production.” It continues that the imports do not “impact the ability of DoD programs to acquire the steel or aluminum necessary to meet national defense requirements.”

Worse, tariffs translate directly into higher prices for consumers and reduced employment in affected industries. The losses in steel-consuming industries will dwarf the gains in the steel and aluminum sectors.

Worse yet, the tariffs will lead to damaging retaliation. The European Union has already announced plans to put 25 percent tariffs on 2.8 billion euros’ ($3.4 billion) worth of U.S. exports. Canada and Mexico have also pledged retaliatory measures. These tit-for-tat responses risk a full-blown trade war.

In short, these tariffs will result in negative consequences for U.S. consumers, U.S. producers that use imported steel, and U.S. exporters that suffer the retaliation of our trading partners. The tariffs are also destined to be struck down. Similar tariffs imposed by the Bush Administration in 2002 were withdrawn less than two years later, after several nations brought a lawsuit against the U.S. at the World Trade Organization, which ruled the tariffs to be illegal. The Trump tariffs face the same fate.

To be clear, opposition to these tariffs is not at odds with support for sensible trade enforcement measures. The Trump Administration has demonstrated an ability to enforce existing agreements in a practical way, most recently in the case of Open Skies agreements with Qatar and hopefully the United Arab Emirates. Under Open Skies, private airlines in all partner nations have the freedom to make their own decisions about airline routes, the number of flights, the types of aircrafts, and pricing under a “fair competition” clause, in which all airlines are allowed a “fair and equal” opportunity to compete.

U.S. carriers have documented government subsidies to the state-owned Gulf airlines that are forcing competitors out of the market. Specifically, the Qatari and UAE governments have subsidized Qatar Airways, Etihad Airways, and Emirates with over $52 billion. These subsidies allowed over 80 percent of Gulf carrier flights to the U.S. in 2014 to be unprofitable.

These carriers are willing to operate at a loss to capture market share, and the strategy has been effective: These subsidies have forced U.S. airlines to terminate competing routes to Gulf nations. Without enforcement of Open Skies, airlines in Qatar and the UAE would continue benefiting from these subsidies and keeping U.S. competitors out of the market.

The State Department has reached an agreement with Qatar in which its airline has committed to greater financial transparency. This is an important first step toward holding subsidized companies accountable and ensuring that competition between the U.S. and Qatar remains open. It is also hopefully the kind of agreement the State Department will reach with the UAE regarding Etihad and Emirates.

The Open Skies negotiations promise to enforce fair competition, to enhance the consumer benefits of a competitive air services market, and to improve the outlook for every U.S. worker. This effort is just one example of sensible trade enforcement policy. In contrast to sweeping tariff proposals, targeted and deliberate enforcement efforts are imperative both to maintain public trust in international trade and to ensure the domestic economic benefits of those agreements.