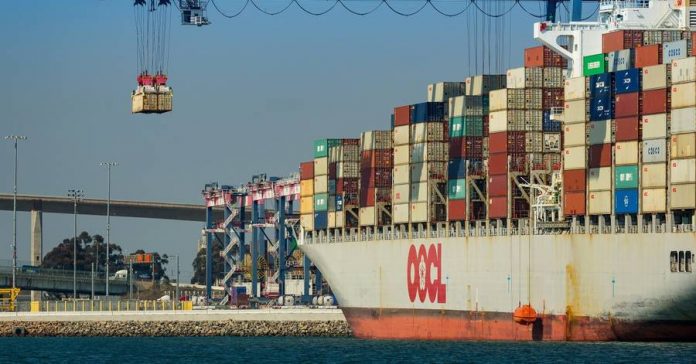 The U.S. trade deficit has been stable for nearly a decade at about 3% of gross domestic product. That’s partly offset by net income that Americans earn on their investments abroad, leading to a current-account deficit of about 2.5% of GDP.

There are sound arguments that a deficit of this magnitude is nothing to worry about. Adam Smith taught that what’s really valuable to a country is imports. Exports are merely the unpleasant effort undertaken to get them. Moreover, as long as the Federal Reserve has room to cut interest rates if needed, the trade deficit doesn’t cost jobs. Any additional demand that came from reducing the trade deficit would be offset by the Fed as it raises rates. Do a quick global survey: It isn’t as if the unemployment rate is lower in countries like Italy that have trade surpluses than in countries like the United Kingdom that have large trade deficits.

Nevertheless, the flip side of the current-account deficit is the large amount of foreign borrowing the U.S. needs to undertake every year. America has been borrowing from abroad since the 1970s, and its net obligations to the rest of the world now stand at 40% of GDP. Having the U.S. dollar as the world’s reserve currency—what economists sometimes call America’s “exorbitant privilege”—allows the U.S. to borrow relatively cheaply, while Americans invest some of the proceeds in higher-return projects overseas. So far the U.S. is still making money, on net, from its international position. But no one knows how long that will last—and regardless, America would be making even more money if it didn’t owe foreigners so much debt.

Future rates of return are unpredictable, but aging is guaranteed. Today there are 4.2 working-age Americans for each one 65 or older. By 2040 that will fall to 2.9. Partly as a result of these demographic trends, most forecasts now expect the economy to grow only about 2% a year. Given all this, borrowing substantial sums from abroad to fund spending today may be unwise, since it will require—all else equal—cutting back on spending in the future.

This is why the International Monetary Fund has recommended that the U.S. cut its current-account deficit roughly in half. That would mean reducing the annual trade deficit by about 1% of GDP, or $200 billion. This may be more aggressive than warranted, but at a minimum the U.S. should endeavor to make sure the current-account deficit does not rise much above about 3% of GDP.

What about curbing unfair trade practices by China and other countries? That would boost U.S. exports in some specific industries—but it would also drive up the dollar, hurting other exports and increasing imports. The net effect on the overall trade deficit would be imperceptible, though it might change some of the bilateral balances. How about a trade war? That would do even less to reduce the trade deficit. Higher U.S. and foreign tariffs would cancel each other out, shrinking the volume of trade without altering the net balance.

The reality is that a basic accounting identity holds: The current-account deficit is the gap between total investment and total savings. If a country saves less money than it puts toward things like factories and equipment, it has to finance the difference with foreign borrowing. Ultimately, current-account flows and financial flows must match. America’s net imports of cars, oil, clothing and other goods are matched by net exports of government debt, corporate debt and so forth.

For now U.S. investment as a share of the economy seems likely to rise. It’s bouncing back from the postcrisis overhang. Higher oil prices are driving momentum in the oil-and-gas industry. And the 2017 tax law modestly increases incentives to invest. All told, it would be reasonable to expect investment to rise by about 1% of GDP over the next few years.

At the same time, the federal budget deficit, a form of negative savings, is expected to increase by about 2% of GDP over the next year, with about half of that due to the tax cuts. All else equal, this would increase the current-account deficit by 3% of GDP, which translates to an additional $600 billion in the annual trade deficit. (In reality, increased private savings will likely offset some of the effect.)

What would be a better course? First, pursuing trade enforcement and liberalization in a multilateral fashion. That would not affect the trade balance, but it would expand the volume of both exports (helping support more higher-paid jobs) and imports (benefiting consumers). Then to prevent the trade deficit from growing, the U.S. should increase national savings. One way to boost private savings would be to expand retirement-savings options for workers who do not have them, a policy that would have the added benefit of helping American families prepare better for old age. Cutting the federal budget deficit would directly boost national savings even more. If the U.S. is serious about making progress toward a more sustainable international position, the solution is to stop blaming others and start examining ourselves. 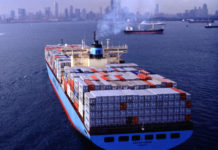 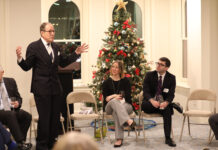