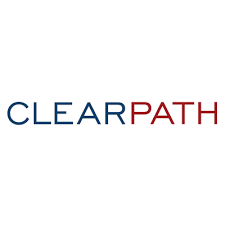 WASHINGTON, MAY 7, 2018 — ClearPath has added thought leaders in the fields of energy policy and technology, as well as conservative politics and messaging, to its advisory board.

“It’s exciting to welcome such an impressive collection of smart and savvy voices to our effort,” ClearPath Founder Jay Faison said.

George David Banks was President Trump’s Special Assistant for International Energy and Environment. He was previously senior advisor on International Affairs and Climate Change at the White House Council on Environmental Quality under President George W. Bush, deputy GOP staff director of the Senate Environment and Public Works Committee, a State Department foreign service officer and a CIA economic analyst. He is currently executive vice president of the American Council for Capital Formation and an adjunct research scholar at Columbia University’s Center on Global Energy Policy.

Richard Mroz is the former president of the New Jersey Board of Public Utilities and chaired the Critical Infrastructure Committee for the National Association of Regulatory Utility Commissioners, among many other senior-level national, regional and state roles. That includes being named to the Commission on White House Fellowships by President George W. Bush.

Terry Sullivan is founding partner of Firehouse Strategies and has two decades under his belt as a well-seasoned political and public affairs strategist. He has played a senior strategic role in more than 100 campaigns, including U.S. Senate, gubernatorial and presidential candidacies. Notably, that included successful reelection wins for Sens. Marco Rubio and Ron Johnson in 2016 and Sullivan was Rubio’s 2016 presidential campaign manager.