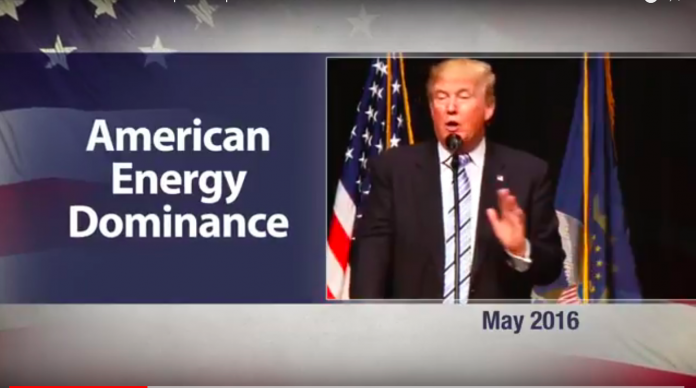 Today, the American Council for Capital Formation (ACCF) released a television ad calling on President Donald Trump to defend America’s energy dominance by upholding the Investor State Dispute Settlement (ISDS) mechanism in a renegotiated North American Free Trade Agreement (NAFTA). The ISDS system is an independent, neutral arbitration mechanism that is critical for U.S. businesses that invest in Mexico and Canada, providing protection from having their assets seized illegally.

“Every time the U.S. has used ISDS in NAFTA, we’ve won the dispute. That’s putting America first. The absence or weakening of the ISDS mechanism in any NAFTA agreement risks undermining President Trump’s vision of American energy dominance,” said George David Banks, ACCF Executive Vice President and former Special Assistant for International Energy and Environment at the National Economic and National Security Councils at the White House under President Trump.

“Our nation has made an extraordinary transformation from energy scarcity to assuming the mantle of the world’s largest energy producer. This makes it all the more unsettling that the ‘America First’ negotiating team would now give an unfair advantage to our foreign competitors in Mexico, which is our strategic ally and partner. If the ISDS protections aren’t included in the final NAFTA agreement, China and others will be thanking us for this self-inflicted wound,” Banks added.

The television ad is scheduled to run for one week on Fox News, Fox Business News and MSNBC. View the ad here.

The American Council for Capital Formation is a 501(c)(6) nonprofit, nonpartisan economic policy organization dedicated to the advocacy of pro-growth tax, energy, environmental, regulatory, trade and economic policies that encourage saving and investment.