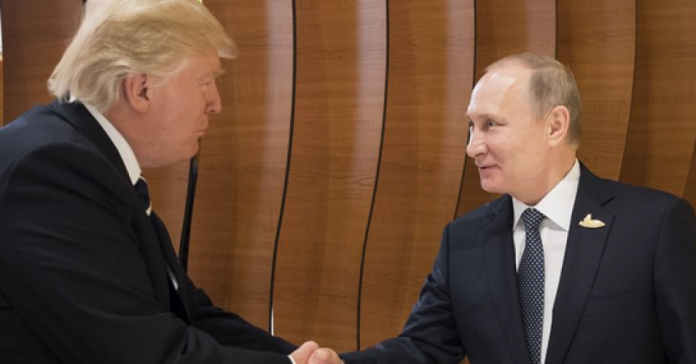 President Donald Trump’s call last June to revitalize America’s deteriorating civil nuclear program has taken on new importance. A few weeks ago, Russian legislators in the State Duma, in retaliation for U.S. sanctions, introduced a bill that would cut off trade with the U.S. nuclear power industry, which produces roughly 20 percent of U.S. electricity. Russia provided about 20 percent of the fuel needed to power those reactors.

Most Americans missed this news, but clearly the recent activity in Moscow – regardless of the legislative outcome – should signify a flashing red light to U.S. policymakers and the Congress. Thirty years ago, the quest for U.S. energy security focused on addressing oil addiction.  With two-thirds of the world’s enrichment capacity, the United States met 100 percent of its domestic needs and exported fuel around the world – attaching strong nonproliferation requirements to every shipment.

Today, oil imports – after peaking at roughly 60 percent of demand in 2005 – have fallen to less than 20 percent of consumption and are forecast to drop even further.  On the other hand, America’s nuclear sector is now plagued by energy insecurity; more than 90 percent of the uranium used is mined overseas, and more than two-thirds of it is enriched overseas. We are now far more dependent on foreign nuclear fuel than we ever were on foreign oil.

This did not occur overnight. While America allowed its nuclear fuel capacities to dwindle into oblivion, Russian President Vladimir Putin pursued calculated moves to increase Russia’s influence at our expense. Recognizing that the Russian civil nuclear program is a strategic asset, the Kremlin instructed Rosatom, its state nuclear corporation, to expand its footprint in the global nuclear fuel market.

Rosatom’s controversial acquisition of the Canadian company Uranium One – which was approved by the Obama Administration – gave the Kremlin ownership of about 20 percent of U.S. uranium production capacity and a large percentage of uranium production in Kazakhstan, which supplies almost a quarter of U.S. imports of the critical mineral.

Meanwhile, America shuttered its only uranium enrichment project in 2015 after spending billions of dollars – ironically, as it blessed Iran’s domestic enrichment program. We currently are unable to enrich enough uranium to meet our national security requirements.

The result of these self-inflicted wounds is that Russia has replaced America as the dominant global supplier of nuclear fuel.

The collapse of America’s nuclear fuel program has been a case study on how not to maintain leadership. No other major economy has followed America’s race to the bottom. Besides Russia, Western Europe, China, Japan, Brazil, and India all produce commercial nuclear fuel with their own indigenous enrichment technology.

The Trump administration is working to address this major vulnerability, but solving the problem is not simple. Enrichment programs in other countries are heavily subsidized by their governments, giving those countries an unfair advantage. America’s budget constraints prevent us from replicating that model.

Instead, America must gain a competitive advantage in advanced nuclear technologies that provide a commercial basis for the restoration of enrichment capabilities. The future of nuclear power rests in advanced reactors that are proliferation resistant, produce negligible waste, and are walk-away safe.

Mined uranium consists of less than 1 percent U235; existing reactors require fuel that has been enriched to a concentration of almost 5 percent. Advanced designs require enrichment levels between 5 percent and 20 percent, which is far below the concentration needed for bomb-making but is still beyond the range that any of the world’s commercial enrichment facilities are licensed and configured to produce. This represents a major opportunity for America to gain the upper hand if the right moves are quickly undertaken.

The Trump administration will need to pursue a comprehensive approach if the U.S. civil nuclear program is to be revived – one that coordinates U.S. innovation programs for advanced nuclear technologies and enrichment.

Congress, in a bipartisan manner, will also need to embrace this vision. A coherent strategy on civil nuclear power shared by the White House and Congress has been elusive, but perhaps a group of agitated Russian legislators has done America a big favor by delivering a much-needed wakeup call.