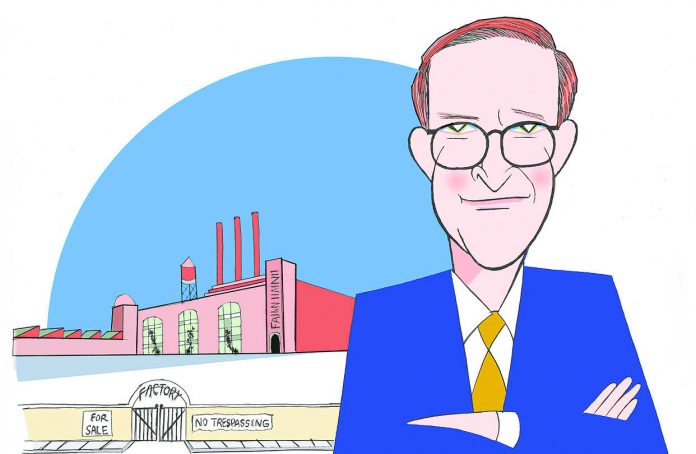 As we enter his office, Glenn Hubbard apologizes for the building that houses it. Built in 1964, Uris Hall is a jarring structure on a handsome campus. “The architecture faculty protested at the time,” he tells me, “describing its design as fascist. They were right.”

Mr. Hubbard, 59, is dean of Columbia Business School, having taken its helm in 2004, a year after he resigned as chairman of President Bush’s Council of Economic Advisers. In this cerebral cocoon, Washington seems a world away. On a bookshelf near his desk are the sixth editions of two textbooks—“Microeconomics” and “Macroeconomics,” both written by Mr. Hubbard with Anthony O’Brien —that are read by college freshman across America. “We wanted to change the way the course is taught,” he tells me, “to make it easier for people to talk about the real world.”

Mr. Hubbard is more adept than many of his peers at straddling the divide between the Beltway and the academy. Most students come to economics, he says, “wanting to learn about the world. Should we have a carbon tax? Is free trade good or bad? What’s the right level of immigration? What should I think of interest rates?” These are all “real-world questions, and then we hit them with ‘A and B’ and ‘X and Y’ and ‘guns and butter,’ and they struggle.”

The gap may be even greater now that the real world has become such a bitterly contentious place. I ask Mr. Hubbard about the state of business education at a time when many of the old economic verities have come under White House criticism, particularly in the areas of trade and immigration. He responds by describing a recent trip he took with 20 M.B.A. students to Youngstown, Ohio. “We always have global trips, and I said to the faculty, if you want to understand economic context, perhaps Hong Kong—or London, or Delhi—isn’t the only place,” Mr. Hubbard tells me. “Why don’t we take them to the heartland of America and try to comprehend what’s going on?”

He is driving at an argument that suggests economics might have failed middle America. “I wanted the students to go to a place that had experienced industrial decline,” he says. “And they came back with a clear sense that there’s no silver bullet to our problems, but that people there had real points—that a lot of what you read about their lives is true.” There are, he continues, “real economic concerns in the heartland, but also concerns about dignity that neither party had addressed.”

Mr. Hubbard says he has “pivoted” in his own scholarship to “focus a lot right now on work opportunities for people that have been left behind.” Conservatives, the “people with whom I talk the most, are not doing enough,” he adds. “Here are men and women in the heartland who played by the rules. They got left behind, and they’re angry.” Populist politics is one possible answer. “But another might be to go in and actually help them, actually address problems that technological change and globalization have brought right to their front door.”

Economists and business leaders, he says, have an opportunity to ask a fresh set of questions: “Why is mobility not what it once was? It used to be that when you lost your job in a city, you packed the kids up in the station wagon and you moved somewhere else. Well, that’s not happening. Why isn’t it happening? Is policy to blame for that, and what can we do about it?”

Mr. Hubbard uses the word “dignity” with uncommon frequency for an economist, and he attributes this to the influence of Edmund Phelps, a Columbia colleague who won the Nobel Prize in economics in 2006. “If you read ‘Mass Flourishing’ ”—Mr. Phelps’s book from 2013—“you’ll see that the goal for economics isn’t GDP,” Mr. Hubbard says. “It’s to deliver a kind of mass prosperity, with people feeling like they’re all part of the system.”

He invokes the Scottish Enlightenment, whose thinkers were “all very inclusive in their definition of what success is. It wasn’t just average measures of output. It was broad inclusion and prosperity.” The point is that modern economists need to talk in these terms, too. “One reason we lost some of the policy arguments in recent years—arguments that we shouldn’t have lost—is because we pointed out that policy X or Y would raise GDP on average by some amount,” Mr. Hubbard says. “It wasn’t that we were wrong, necessarily, but ‘average’ isn’t terribly useful.”

Some Americans did really well, he continues, while others lost ground: “And whether it’s Brexit in the U.K. or the debate over trade and immigration in the U.S., people who got left behind could be forgiven if they said, ‘Why am I supporting something that benefits ‘on average,’ when this just means Columbia M.B.A.s get it all?’ ” Mr. Hubbard thinks economists have been “a little bit facile. It’s not that we don’t know these things.”

Does that make Mr. Hubbard a closet admirer of Thomas Piketty, the French economist whose 2013 book on income inequality captivated the political left? The suggestion amuses Mr. Hubbard. “I think it’s more about opportunity than inequality,” he says. “I think, tangibly, of things like wage support, of starting where we already are.” He repeats a suggestion he’s made before in public debate, which is to reform the earned-income tax credit “and make it more generous for childless workers.” The U.S., he believes, could also do “much more to investigate apprenticeships.”

Mr. Hubbard says he advises Republican politicians to “think about Abraham Lincoln. In the middle of a civil war, he still had land-grant colleges, the Homestead Act, and legislation for the transcontinental railroad.” If you look at Lincoln’s descriptions of what he was doing, “he felt he was using government as a battering ram to enable opportunity. And that is where economists and conservative policy makers could have a real voice.”

The message I’m getting is that Mr. Hubbard believes government can be deployed in the service of prosperity. “I think it can,” he confirms, “by things like wage subsidies, direct support for training. For years, I’ve talked about personal re-employment accounts that would give the long-term unemployed more control over their own destiny.” These proposals “would require a government role and, frankly, the taxes to pay for them. I think this is why this debate has been mired.” The left wants to expand welfare or unemployment insurance, but on the right, “people would rather not have the conversation at all.”

America’s policy makers need “to be in the middle,” Mr. Hubbard says. “The debates we’ve seen in Britain and here in the U.S. are centered on people who feel like opportunity has left them, and they may be right. I think that is a government problem.” Solving it is “not something that we can just ask private business to go out and voluntarily do.” He thinks President Trump—“given the views of the electorate that put him in office”—has an “enormous chance to take all the pieces of government and really coordinate an effort towards work and opportunity.”

The conversation here turns to the tax reform Mr. Trump signed in December. Mr. Hubbard was in the engine room in Washington when the last major Republican tax legislation was enacted, in 2003. He thinks Mr. Trump has “reset expectations. This sounds like marketing, but I mean it really as economics.” For years, Mr. Hubbard says, “both businesspeople and households had gotten to a funk of believing that growth opportunities had shifted downwards and they had to adjust to that. Many prominent economists were telling them that, too.” Mr. Hubbard insists he never believed that—and Mr. Trump doesn’t either: “I think one of the things the president did was say, ‘This can change. We will improve growth.’ ”

The cut in corporate tax rates to 21% from 35% has Mr. Hubbard’s vigorous approval. “That’s a huge positive element,” he says. “The U.S. had been uncompetitive for years, and everybody knew it on both sides of the aisle.” The country was “losing location decisions, losing employment. A number of economists, including myself, said that it restrained wages as well. So that cut needed to happen.”

Mr. Hubbard takes a dig at the president, though, when I mention international trade: “I’m for it—I realize that’s a minority view.” But he isn’t entirely critical. “Trade is good for two reasons,” he says. “One is the reason we always talk about, which is consumption possibilities”—cheaper and more varied goods, from Mexican avocados to German luxury cars. The other positive is that trade is a “productivity enhancer. Firms in a country have to become more competitive—or not survive in the marketplace. That is very good for an economy. Trade delivers big benefits on average.”

Which takes Mr. Hubbard back to the notion of dignity. “ ‘On average’ has a political problem, because if some people win a lot and others not at all, the ones not winning at all might be forgiven for their views on trade,” he says. “Openness is good, but don’t forget the people who got left behind.” That’s why there is “political animus about Nafta,” the North American Free Trade Agreement: “If a plant closes in my town, I’m concerned. Opportunities are gone. Folks ask, ‘Are people not going to worry about me?’ And in the past, we’ve had precious little worry about such folks.” If you want broad support for trade, Mr. Hubbard maintains, “then you have to remember the people that got left behind.”

Still, he believes the Trump trade critique “has a point in some areas.” China, for example, “is not following the rule of law in intellectual-property protection. I don’t think there’s any question about that.” But he says there are ways to “get at that multilaterally, that don’t involve this kind of bilateral trade-bashing that the president has done.”

And yet, in apparent contradiction, Mr. Trump has just thrown a lifeline to ZTE, the Chinese telecom company flattened by sanctions for violating U.S. law. Mr. Hubbard disapproves of the president’s recent conciliation, a tweeted promise to help ZTE, which “rejects a longstanding principle that trade enforcement actions shouldn’t be employed as bargaining chips. The law is the law.” The prospective deal, which includes relief for ZTE in exchange for a halt to China’s threat of agricultural tariffs, “appears to promise a modest near-term benefit” for America while placing the rules-based international trading system in harm’s way.

Instead, Mr. Hubbard wishes the White House would promise to clarify the rules for Chinese investment in the U.S., while insisting on better intellectual-property protection in China. “Trying to borrow the Chinese playbook,” he says, “is unlikely to be a winning strategy for the United States.”