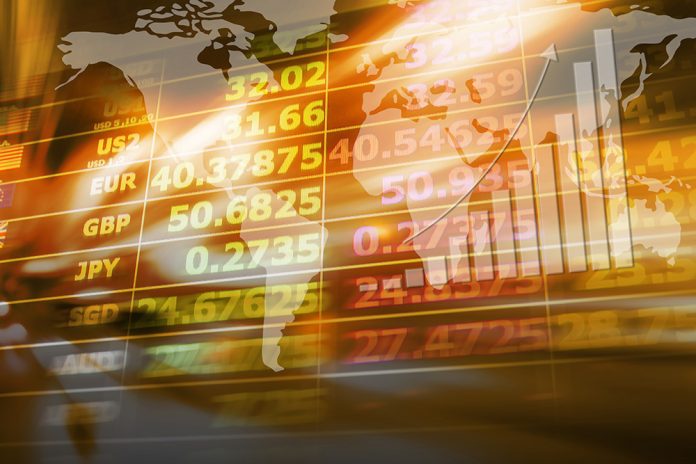 Washington, D.C. – Proxy season is underway, and by the time it concludes in June, millions of votes will have been cast for and against thousands of individual shareholder proposals. But the focus of many of these proposals has shifted – from improving business performance and financial returns, to advancing social or political causes. Unfortunately, the vast majority of retail investors have no ability to influence what’s being done supposedly on their behalf – or even know that it is happening.

Today, a group of leading national financial, retirement and manufacturing associations announced the launch of a new education and advocacy organization focused on bringing reform to that system – which continues to deny an adequate voice to more than 100-million retail investors in the United States with more than $16.9 trillion in assets. The new campaign is called the Main Street Investors Coalition.

Leading the campaign from a day-to-day standpoint will be George David Banks, executive director of the Coalition and executive vice president of the American Council for Capital Formation (ACCF). Banks most recently served in the White House as a special assistant to the current administration on both the National Economic Council and National Security Council. His career also includes stints on Capitol Hill, the State Department, and the Central Intelligence Agency.

“The rise in low-fee passive investing has been a good thing for retail investors,” said Banks, who also serves as an adjunct research scholar at Columbia University in New York. “But as the size and influence of these massive institutional holders has grown, so too has their ability to drown-out the voices and interests of Main Street investors who, despite controlling the single largest pool of equity capital in the world, have no ability to influence the decisions these funds make on their behalf, with their money.”

By investing through vehicles such as 401(k)s and mutual, index and exchange-traded funds, retail investors have lost the ability to exercise any meaningful influence or control over the way proxies act as stewards and managers of their money. Jay Clayton, chairman of the Securities and Exchange Commission (SEC), has acknowledged what has become a significant problem, repeatedly emphasizing the need to protect “the long-term interests of the Main Street investor” since joining the agency.

The Main Street Investors Coalition was created to raise investors’ awareness of how the system works and currently is being abused – and advance a reform agenda designed to help fix it. In addition to ACCF, the Coalition also includes the National Association of Manufacturers (NAM), the Equity Dealers of America, the Savings & Retirement Foundation and the Small Business & Entrepreneurship Council. Other organizations are expected to be added to the roster soon.

The Coalition will focus on advancing four key priorities over the next several months:

• Demanding that fund managers focus on maximizing performance – not playing politics with other people’s money;
• Ensuring that retail investors who own passive funds through 401(k)s have a say in how their shares are voted;
• Forcing third-party, “black-box” proxy-advisory firms to be more transparent about potential conflicts of interest; and
• Insisting that public pension funds meet the same basic regulatory and reporting standards as private pension funds

“The financial security of Main Street investors, who own stock through their retirement accounts, depends on companies growing and expanding. For too long, the interests of mom-and-pop shareholders have been secondary to the political agendas of major financial industry players.

“Manufacturers believe that when companies can invest for growth, the middle class prospers. Often that prosperity takes the form of more jobs and higher wages. But retirement account balances are an important component of American families’ financial health.

“When financial industry players push agendas that divert time, attention and resources toward their pet causes, it means that less can be invested to pursue the growth that Main Street investors deserve. It’s time that someone stood up for the financial security of everyday, hardworking Americans,” said Christopher Netram, vice president of tax and domestic economic policy at the National Association of Manufacturers (NAM), a member of the coalition.

Banks and the broader Coalition will draw on the counsel and support of an impressive advisory committee of experts, academics and practitioners. The panel includes a former SEC commissioner (Charles Cox); a board member of a major state public pension system (Bret Swanson); a former chief economist for several committees of Congress (Ike Brannon); and Nan Barouth, a former journalist and financial services professional who, as a current Main Street investor, has been active in recent months in sounding the alarm on the consequences of the increasing politicization of finance and corporate governance.

Chairing the advisory committee is Prof. Bernard Sharfman, who has written and lectured extensively on this specific set of issues for years. Prof. Sharfman is a member of the Journal of Corporation Law’s editorial advisory board and former visiting assistant professor of law at the University of Maryland School of Law and the Case Western Reserve University School of Law.

“A basic tenet of corporate governance is that the vast majority of stockholders seek to maximize their risk-adjusted returns,” said Sharfman. “Yet, the overseers of public pension funds and now megamutual fund investors are trying to shake up this premise by promoting their own interests over the interests of those investors and beneficiaries they represent. They are doing this by using their delegated and concentrated voting power, millions of shares of stock representing trillions of dollars in value, to implement corporate governance changes that do not facilitate shareholder wealth maximization.”

Added Sharfman: “I am very hopeful that the Main Street Investors Coalition will help combat this situation by using its advocacy to redirect the focus of these agents back to wealth maximization and help return control of shareholder voting back to those who actually provide the funds for investment.”