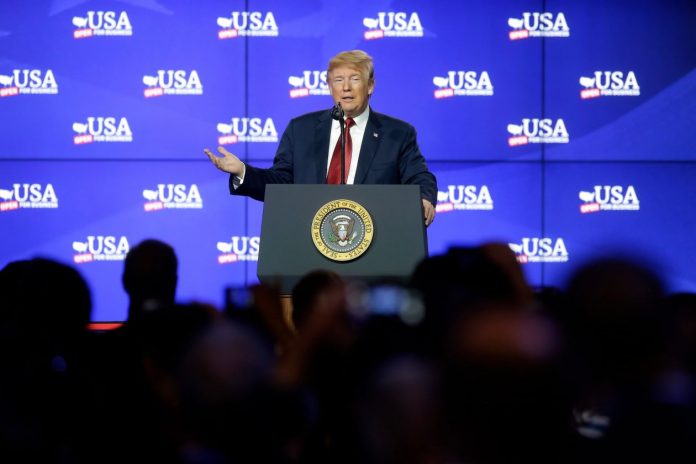 If you’re looking for the most accurate view of economic growth, you won’t find it in the government’s top-line statistics. Last month the Bureau of Economic Analysis revised its estimate for the first quarter of 2018; the BEA now says gross domestic product grew 2%, annualized, down from the previous figure of 2.2%. This dramatically understates the economy’s actual performance. A better measure, factoring in statistics on incomes, shows growth steaming along at a much stronger 2.8%.

Why the difference? In short, because the data aren’t perfect. Unlike the unemployment rate, which comes from a (relatively) straightforward survey, GDP is not measured directly. Instead, the BEA sums up economy-wide expenditures from dozens of data sources, covering consumption, investment, government spending, net exports and more.

Last month’s figure was the BEA’s third estimate for the first quarter. Yet at this stage the statisticians have comprehensive data on only 38.5% of GDP. Most of the rest was inferred using direct or indirect indicators, such as by taking the number of housing starts as a proxy for dollars invested in new home construction. For 12% of GDP, the statisticians used “trend-based data,” which essentially amounts to extrapolation and guess work. To take a couple of specific examples, the BEA had a reasonably accurate measure of cars bought in the first quarter, but it had to guess how much financial services were purchased.

Producing the most accurate statistics can be costly, complicated and fraught with these kinds of measurement problems. Despite the best efforts of the BEA’s excellent civil servants, the underlying data are noisy and incomplete, meaning that revisions to GDP growth estimates can be large and often confusing. The average absolute revision from 1993 through 2016 was 1.3 percentage point.

Drawing on more data can cancel out some of this noise and produce a more accurate figure that requires smaller revisions. Specifically, the BEA separately gauges the size of the economy by adding up all the different sources of income, such as wages and profits. This figure is called gross domestic income, or GDI, and in the first quarter of 2018 it grew by an estimated 3.6%, annualized.

Ultimately, GDI should be identical to GDP, since all money spent is money earned. But in practice the published estimates differ because the data are subject to different errors and reflect different guesses. Research shows that a simple average of GDP and GDI is a nearly optimal way to combine the two sets of information. For the first quarter it averages to 2.8% growth. That is the best predictor of what the government will eventually estimate for GDP after several years of revisions.

The BEA’s statisticians already report this number, which they call “average of GDP and GDI,” but they bury it, and the financial press and analysts usually ignore it. The BEA should immediately start reporting this figure as its headline growth estimate, because it is the most accurate way to measure the economy. Until it does, serious analysts can help themselves by playing down the noisier GDP data and focusing on the average, which better captures the economic signal.

With more time and resources, the BEA should integrate data from expenditures and incomes together into a single unified estimate, as many countries, including the United Kingdom and Canada, already do. When the BEA is filling in the blanks for the missing data on financial services, for example, it could choose numbers from both sources to create a combined best guess.

The additional accuracy would be beneficial for businesses and policy makers planning for the future. But accuracy becomes even more important when the economy may be entering a recession. Since estimating GDP involves extrapolating past performance, it overstates growth when things turn sharply downward. As the economy entered a tailspin at the end of 2008, the original report for the fourth quarter had GDP growth at minus 3.8%. That was eventually revised to minus 8.2%.

The BEA should fix the presentation of these data before the next major recession. An easy statistical change is all the Trump administration needs to MAGA: Measure American Growth Accurately.