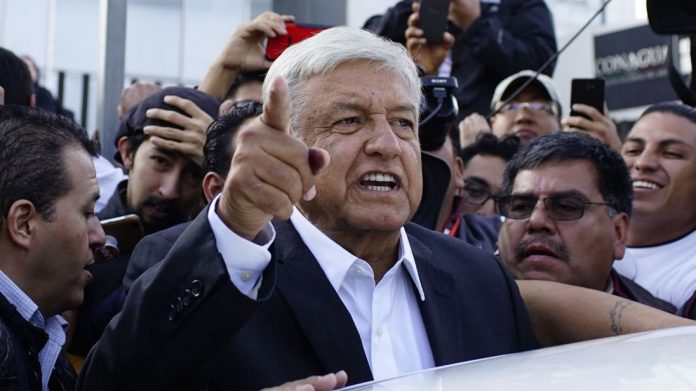 As if the trade world wasn’t already in an upheaval with President Trump imposing steel and aluminum tariffs and our trade allies’ retaliatory tariffs, in the midst of NAFTA renegotiations Mexico has now elected the populist candidate Andres Manuel Lopez Obrador as its next president. Mr. Obrador has tempered his criticism of the trade agreement and vowed to “reach an understanding” with Mr. Trump moving forward.

But there could be cause for concern for the future of NAFTA’s Investor State Dispute Settlement, or ISDS, given Mr. Obrador’s past comments regarding foreign investment in Mexico and the Trump administration’s disdain for the provision.

The administration and one of the president’s favorite senators, Elizabeth Warren, are not big fans of the international arbitration procedure, which “seeks to provide an impartial, law-based approach to resolve conflicts,” according to a 2015 fact sheet prepared by the Office of the U.S. Trade Representative.

Despite the aligned views on the issue, their reasoning is quite different. In a letter addressed to Ambassador Robert Lighthizer in September 2017, Sen. Warren urged him to remove the Investor State Dispute Settlement provisions in NAFTA stating that “ISDS allows corporations to be given a free pass to ignore our rules and bypass our courts — a privilege not extended to the millions of Americans living in this country. This puts American taxpayers on the hook for potentially massive payouts to these companies based on the decision of a panel of arbitrators — often corporate lawyers serving in the role part-time. ISDS provides a huge handout to global corporations while undermining American sovereignty.”

Mr. Lighthizer on the other hand sees the procedure as enabling U.S. companies to invest in other countries and asks “Why is it a good policy of the United States government to encourage investment in Mexico?” His perception is that the Investor State Dispute Settlement is a subsidy to corporations in the form of political risk insurance if they chose to invest outside the U.S.

I disagree with both Ms. Warren and Mr. Lighthizer on many of their points. First, there are legitimate and economic reasons for a company to invest outside their country of domicile. Like any business, they weigh the costs of exporting versus investing overseas to take advantage of proximity to their customer base. In certain cases, raw materials or natural resources may also play a key role in the location of production.

Once the investment decision is made, rule of law in the host country is very important for protecting the future of these investments. In developed countries, such as the U.S. and the European Union, it is unlikely to be a big issue. However, in many of the developing countries, the legal system is less than sub-par. The Investor State Dispute Settlement system is set up to protect foreign companies against discrimination compared to local companies and most importantly to protect against unjust and uncompensated expropriation of their property, like what happened in Venezuela.

Another important point that is missing in the discussions is the increasing competition between state-owned enterprises and private companies on the world stage. Risk tolerance for a state-owned enterprise is quite different than for private companies. This is apparent through the increased investment of China in developing countries, especially for large projects. The Investor State Dispute Settlement helps alleviate some of that discrepancy. According to many experts, the procedure also helps to resolve investment conflicts without creating state-to-state conflict.

Some, like Ms. Warren, have criticized the system as being too corporate friendly. However, the record indicates that only one-third of the cases were won by the corporations over the years and the U.S. government has yet to lose a case that was brought against it. Other critics indicate that the system can be abused to override a countries health and environmental regulations. However, many modern agreements negate these fears by specifically addressing these concerns.

Do all these arguments mean that the system is perfect? No, like any procedure, it could be improved. Many observers complain about the small pool of arbitrators, who circulate between representing the corporations and playing the role of arbitrator, potentially creating a conflict of interest. As suggested by Peterson Institute of International Economics expert Gary Hufbauer, a selected permanent group of arbitrators could resolve this potential for conflicts of interest. There are also complaints about the lack of an appeals system. The U.N. Conference on Trade and Development has been working on possible solutions to these problems over the last decade.

In an ideal world, where the rule of law and fair treatment of any subject is the common theme of legal systems around the world, the Investor State Dispute Settlement could be obsolete as Mr. Trump and Ms. Warren wish. However, the reality and past evidence point to the fact that a strong and binding ISDS is beneficial for any participant to protect one’s investment. In a highly globalized capital market, that not only protects the corporations but also their workers and the private investors who own these assets through various savings vehicles, including through retirement accounts.

• Pinar Cebi Wilber is chief economist for the American Council for Capital Formation.