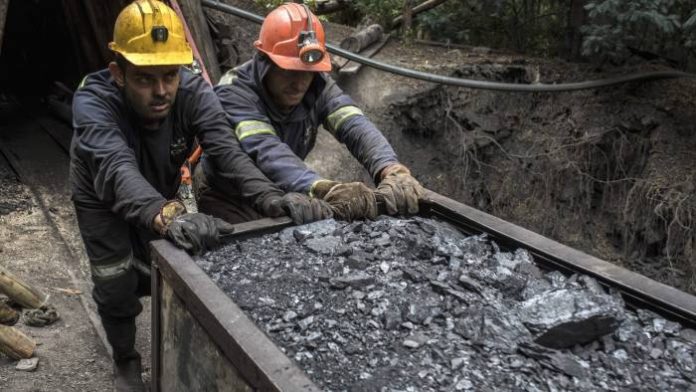 Agencies that judge companies according to their environmental, social and governance metrics suffer from wildly diverging standards and “inherent biases”, according to a report by the American Council for Capital Formation.

ESG is one of the biggest trends in the asset management industry, as demand for more socially-responsible investment options has soared in recent years. Approaches vary, but ESG funds tend to shun companies in industries like coal and private prisons, and favour companies that score well on diverse boards and management.

The Global Sustainable Investment Alliance’s twice-yearly survey estimates that the broad ESG universe has expanded to $23tn in 2016, while JPMorgan estimates that about $2.5tn of funds now use “true” ESG metrics.

“ESG investing is moving into the mainstream as investors are looking to minimise reputational and operational risk and are seeking ethical strategies without sacrificing potential returns,” analysts at JPMorgan wrote in a recent report. “An active and systematic adoption of ESG factors in the investment process is at its infancy rather than advanced stage.”

That has spawned a number of agencies that score companies according to their ESG metrics, much like how rating agencies grade companies on their creditworthiness as borrowers. Among the biggest are MSCI, the indexing group, Sustainalytics and RepRisk.

However, a report authored by Timothy Doyle at the ACCF, a pro-business think-tank, argues that these ESG rating agencies are inconsistent and suffer from a series of biases, such as a tendency to award higher ESG grades to the biggest companies or those based in countries with hefty reporting standards, even when this does not necessarily lead to better-quality disclosure.

“It is paramount that investors and money managers have the necessary information to make sound investment decisions,” the report said. “Given that investments in this area are based on a company’s ESG rating, the rating agencies that assign these ratings have a vital impact on investment strategies. Currently there appears to be no uniform criteria used by the three largest and most influential rating agencies.”

MSCI and Sustainalytics did not respond to requests for comment, but Philipp Aeby, the chief executive of RepRisk, conceded that the rating divergences were “a huge issue”.

‘The industry is still maturing, and we expect a convergence over time,” he said. “The fundamental problem is that it is still unclear exactly what ESG should stand for.”

While the credit ratings assigned by S&P and Moody’s for companies and other borrowers are closely aligned — with a correlation of 0.9 — CSRHub, a data provider for the sustainability industry, calculates that the correlations between MSCI and Sustainalytics for ESG ratings are much lower at 0.32.

For example, the ACCF paper highlighted how Tesla has a lower ESG rating than all European carmakers — several have been accused of colluding to evade environmental and safety regulations — largely because Europe has more onerous ESG reporting standards.

To illustrate the size bias, the report said that Bristol-Myers Squibb, a $92bn pharmaceuticals company, has a Sustainalytics score of 73 — 20 points better than the average for the healthcare industry, while Phibro Animal Health, which manufactures nutrients for animals, has a score of just 46.

The ACCF recommended that ESG disclosures in regulatory filings should be standardised to help rating agencies make more consistent judgments, and that the agencies should be more transparent on their process, and better adjust for size, industry and legal jurisdiction.

More uniform reporting standards would make it easier for ESG raters, but that requires industry-wide action, according to Mr Aeby. “One quick fix would be reporting simple metrics like diversity of boards, or the carbon intensity of a company,” he said.

Balance and Flexibility Are Keys to Building ESG Confidence