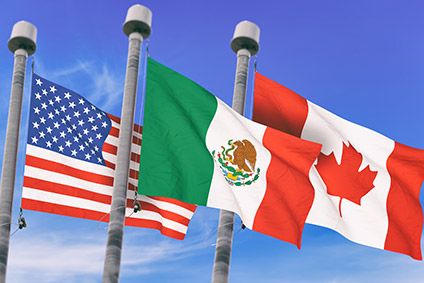 ACCF Urges Inclusion of ISDS in NAFTA 2.0
Investor protections ensure that U.S. companies are treated fairly by our trading partners

WASHINGTON, DC — The North American Free Trade Agreement renegotiations restart this week with the U.S., Mexico and Canada having yet another opportunity  to make meaningful progress after talks stalled in the run-up to the July 1 presidential election in Mexico.

As the negotiators come to the table, Pınar Çebi Wilber, chief economist for the American Council for Capital Formation (ACCF) once again urges President Trump and his advisors to continue to protect U.S. foreign investments by keeping the Investor-State Dispute Settlement (ISDS) provision in the next generation of NAFTA.

“We know that the free trade policies facilitated through NAFTA will bolster the economic base of our nation, but no business will be willing to engage without protections from political risk. By abandoning the ISDS mechanism, our administration is leaving millions of dollars of foreign investment unprotected, especially from our nation’s energy sector. It would be a grave mistake to walk away from ISDS if President Trump truly wants to craft a deal that will protect U.S. workers and businesses.”

In May, ACCF ran a TV ad calling on the administration to defend America’s energy dominance by upholding the ISDS provision the new NAFTA 2.0: https://www.youtube.com/watch?v=4oq7lN79Ddo

ISDS protections, which exist to provide neutral arbitration for trade disputes between countries and U.S. companies, is the only recourse for justice for U.S. firms sinking significant capital into Canadian and Mexican markets. Wilber also recently noted that as of 2017, Canada had been sued 25 times under the ISDS, while 18 lawsuits have been filed against Mexico, with American investors recouping more than $100 million. On the other hand, the U.S. has faced 18 cases filed by foreign investors over the past decade and a half, winning every case. The value of this mechanism and its record of success is one main reason why U.S. negotiators have included the ISDS in more than 3,000 international agreements.

About The American Council for Capital Formation

Founded in 1973, The American Council for Capital Formation (www.accf.org) is a nonprofit, bi-partisan organization advocating tax, energy, regulatory and environmental policies that facilitate saving and investment, economic growth and job creation. Find out more at: https://accf.org/about-us.

The ACCF congratulates Board of Advisors member Sol Trujillo on 4th...