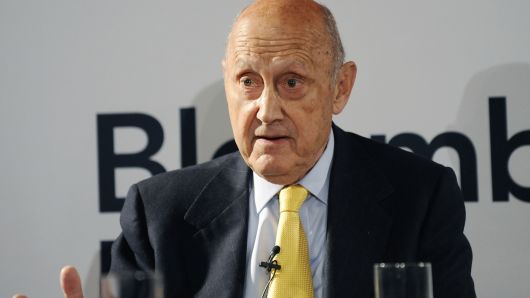 “Recently, the curve has become noticeably flatter, with short-term rates rising and longer yields remaining stagnant. This has led many analysts to think that the curve will soon invert. But that does not mean a recession is imminent,” Malkiel said in a Wall Street Journal op-ed Monday. “There appear to be few speculative excesses in the economy. Moreover, even if the Fed pushed short-term rates another percentage point higher, monetary policy would remain broadly accommodative.”

Malkiel is the chief investment officer of Wealthfront, a Princeton professor of economics and author of “A Random Walk Down Wall Street,” an the investment classic that sparked the shift toward low-cost passive index investing.

When the yield on the shorter duration 2-year Treasury note rises above the longer duration 10-year bond, it is seen as a recession warning. An inverted yield curve has proven to be a reliable indicator over the years.

On Tuesday, the 10-year yield traded at 2.964 percent, while the 2-year note yielded 2.669 percent. The yield curve has reached some of its flattest levels since before the financial crisis, sparking worries about the economy. The spread between 2-year and 10-year yields is currently around 29 basis points, down from about 95 basis points a year ago.

But Malkiel noted the European Central bank and the Bank of Japan have more dovish monetary policies than the Federal Reserve, which may be a reason for the higher 10-year bond demand.

“These yields have made U.S. Treasury bonds extremely attractive, especially since the dollar has been increasing in value,” he said. “Low long-term rates in this environment may emit a different signal than has been the case in the past.”

As a result, he said investors shouldn’t be too concerned over the flattening yield curve.

“I do not mean to imply that we have nothing to worry about with respect to either the economy or the stock market. The prospect of a global trade war should make us very cautious,” he said. “But a flat yield curve, or even an inverted one, should not be on top of our worry list under today’s accommodative monetary conditions.”