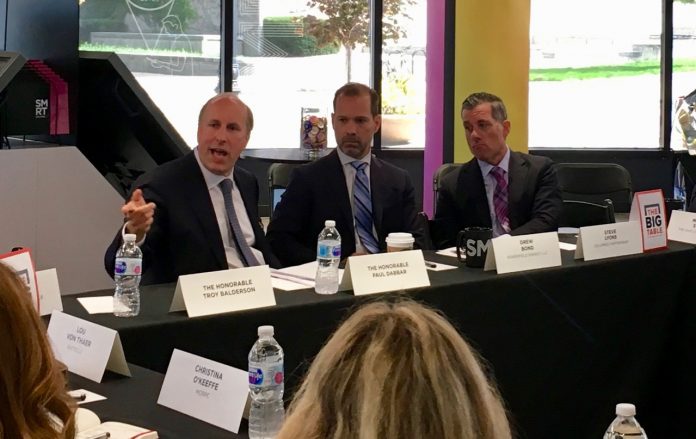 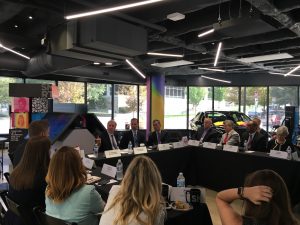 The American Council for Capital Formation (ACCF) and the Columbus Partnership hosted a conversation with Undersecretary Dabbar at the Smart Columbus Experience Center, where business leaders called for continued investment in the city’s thriving energy sector and underscored the progress Columbus has made in energy innovation through the private and public collaboration. Through its “Smart Columbus” initiative, the city has partnered with the Departments of Energy and Transportation to modernize its transportation systems and drive economic growth and promote sustainabile technologies.

“Public-private partnerships are a vital part of our work at the Department of Energy,” Undersecretary Dabbar said. “Columbus is a prime example of the power behind the interaction of innovation and entrepreneurship.”

DOE has played a critical role in bringing new technology ideas to the private sector. In partnership with the Department, the city of Columbus dedicated $40 million to rethink the way it consumes fuel. Smart Columbus targeted the city’s transportation sector, an effort that will put autonomous and electric vehicles on the road and create new jobs.

“Investment in energy innovation continues to create jobs, grow our economy, and secure our international competitiveness, improving the lives of Americans across our great country,” Drew Bond, Director of Energy Innovation Programs at ACCF. “Initiatives funded by the Department of Energy’s Office of Energy Efficiency and Renewable Energy (EERE) and Advanced Research Projects Agency-Energy (ARPA-E) provide valuable and necessary service to local communities looking to modernize the way they use energy,” he said. “Just look at the work they’ve done here in Columbus.”

“I’m tremendously proud of the work we’ve done here,” said Alex Fischer, President and CEO of the Columbus Partnership. “We’ve made our city smarter, more connected. We’ve put ourselves on the map for innovation, and I think we serve as an example for other cities.” 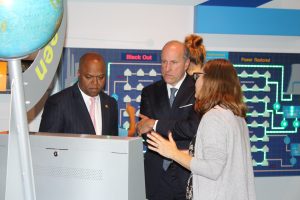 As part of his visit, Undersecretary Dabbar also had the opportunity to tour the Center of Science and Industry (COSI) and meet with local energy leaders,and see firsthand the role cities are playing in energy innovation.

This Earth Day, let’s focus on global recovery — not special...

West Lake Landfill: Another Pruitt decision that Wheeler should clean up