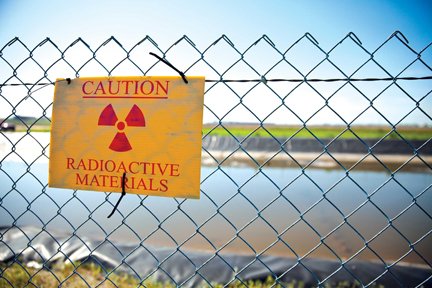 Acting EPA Administrator Andrew Wheeler has made impressive gains in getting EPA back on track. Under his leadership, the agency enjoys greater accountability, transparency, and a more thoughtful rulemaking that advances the president’s America First energy agenda.

Wheeler, a commonsense policymaker with decades of experience, has spent much of his time at EPA cleaning up messes left behind by former Administrator Scott Pruitt, who frequently made poor decisions based on political and personal considerations. While Pruitt appeared serious about deregulation, he also seems to have sought the occasional approval of environmental activists in the hope of building political capital that he could use elsewhere.

That assessment may come as a shock to many, but his push to partially excavate the West Lake Landfill in Bridgeton, Missouri has no other rational explanation. I know West Lake well, having lived down the road from it. It is a complex EPA Superfund site from the time of the Manhattan Project that almost unquestionably poses more exposure risks through excavation and removal than through capping and containment.

Pruitt’s naïve decision to unearth this multitude of risks was a reversal of a less costly and far more rational, science-based remedy — originally made by the George W. Bush administration — to safely cap and contain the site. The cap remedy is estimated to cost roughly $70 million. Whereas, Pruitt’s preferred option would cost four times more.

Moreover, the science is strongly on the side of the cap solution. Extensive government testing has shown that the waste in West Lake Landfill is contained and safe for nearby residents. Yes, the site contains radioactive waste, unfortunately — but there is tremendous uncertainty about its excavation, which would be more like taking the seeds out of a pomegranate than removing the pit from an avocado. This complicated and imprecise act of excavation would expose workers and Missouri residents to radioactive pollutants that are currently safely buried. According to EPA’s own analysis, on-site workers’ potential risk of cancer would increase by almost 100 times — from 28 in a million to 22 in ten thousand.

Moving the waste to another location would also pose unacceptable risks. Under Pruitt’s plan, radioactive material would be unearthed from the landfill in an enormously difficult construction project with multiple handling points in an area near the runway of St. Louis-Lambert International Airport.

Radioactive waste would first be moved by truck, then by rail for a thousand miles, then loaded and moved again by truck, and lastly re-buried. Along that route, there are a thousand opportunities for disaster. Train derailments are unfortunately common, and in this case, could lead to exposure for the workers and residents of any number of communities along the way.

Such risks to the public, however, could not persuade plaintiff attorneys and unions to take a more sensible approach. While it remains somewhat of a mystery why Pruitt took their side, it is difficult to understand how such a position would be consistent with President Trump’s desire to balance more effective environmental protection and economic growth.

By the end of this month, Wheeler is expected to decide on the West Lake Landfill. He will either avoid the bad outcome that Pruitt put in motion or allow a major debacle to occur. Certainly, the facts of this case should first be revisited by the EPA, the Department of Energy (because the site contains nuclear waste, DOE is a responsible party in the cleanup), and the White House. Wheeler has a tremendous opportunity to lead this interagency effort and once again, correct a mistake by his predecessor.

Of course, no one really wants to live by a radioactive site, but residents need to understand that the risks of removing the waste far outweigh the current risk to which they are exposed.

The Trump administration should follow a clear-eyed, non-politicized approach that protects workers and residents in the Show Me State and elsewhere from unnecessary exposure, illness, and decades of tragedy-based litigation. It could also save the president potentially from a major embarrassment and public health catastrophe, including hundreds of millions in wasted taxpayer dollars.

George David Banks is a Missouri native and President Trump’s former adviser on international energy and environment policy. He is also executive vice president of the American Council for Capital Formation.